Double victory: the defeat of ISIS and the failure of the United States in Syria 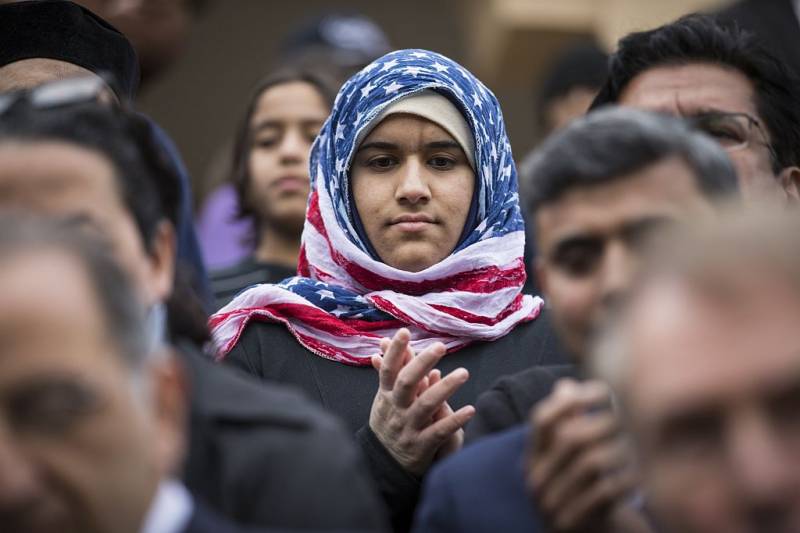 The day came when the "Islamic State" ceased to exist in Syria. The end of this terrorist organization was miserable and tragic. The once powerful and merciless group that controlled most of Syria lost power in all large and small towns.

The complete destruction of jihadist militants on the eve was announced by the Russian defense ministry. The Syrians have already celebrated the defeat of "black" enchanting concerts and folk processions through the streets of Lattakia, shouting words of gratitude to all Russians.

In itself, this event is of great importance for the whole of Syria, in contrast to Western states and Sunni monarchies, where the struggle against ISIS was considered only as another reason for public relations. Also at the expense of others.

The international coalition’s assets remain only a dubious victory for the liberation of the secret capital of the IK Raqqi, which was obtained mainly with the help of Kurdish formations. Presumably, for this reason, we have witnessed numerous public attacks by the military and political elite of the West regarding the inefficiency of the Russian Aerospace Forces, providing air support to the government army.

In an attempt to somehow rehabilitate themselves in the eyes of the allies and the world community, a powerful information campaign has intensified in the West, praising the feats of the American military in the Syrian theater of operations. Of course, fascinated by their own PR, overseas, they did not notice the military achievements of the regular units of Assad, who had liberated most of their country, or the full support provided by the allies of Damascus.

At the same time, the American edition of The American Conservative acknowledged the defeat of the United States not only militarily but also at the diplomatic level.

According to the authors of the publication, the failure of the White House is the commitment of the past foreign policy. Trump, despite promises to reconsider the policy of his predecessor, went on the beaten track, suggesting a violent pressure on Damascus. After two years ago, Russia's armed forces intervened in the Syrian crisis, the Western military strategy failed. But they did not abandon the goal pursued in Washington. In the hope of achieving superiority over the Syrian government, diplomatic levers were involved. The United States began to actively promote the peace process in Geneva, which was still in its infancy.

However, the Geneva scheme under the auspices of the United Nations and the mediation of the United States turned out to be as ineffective as the military approach of the international coalition: the parties did not manage to reach any agreement.

By and large, the US peacekeeping initiatives in Syria are stumped, as the Syrian opposition cannot represent the interests of all the people of this country: its members are proteges of Washington and Riyadh. Hence the contempt for the peace process while Assad is in power.

Today, the Syrian victory over the Islamic state speaks not only of its ability to withstand serious external challenges and internal threats, but is also a powerful signal to the White House, indicating confidence in the incumbent president. Washington cannot believe this, or, more likely, does not want to.

At the same time, the local population is able to revive a peaceful life on their own, without the participation of the United States or the destructive pro-American opposition. So far, this scenario has been tested only in the east of Deir-ez-Zor province, where consolidated assistance is provided to indigenous people: representatives of Damascus and local authorities - branches of the Eastern Territory Management Committee.

Only in December, about ten humanitarian actions are planned in the settlements of Hatla, Diban, Salkhia and others. Similar attention will be given to Russian TsPVS residents on the west bank of the Euphrates.

Ctrl Enter
Noticed oshЫbku Highlight text and press. Ctrl + Enter
We are
List of destroyed the largest and most high-tech enterprisesMilitary reform as an integral part of the security concept of the Russian Federation: Systematic dynamic assessment
Military Reviewin Yandex News
Military Reviewin Google News
16 comments
Information
Dear reader, to leave comments on the publication, you must sign in.