Mikhail Delyagin: How the ax of migration cuts down the economy of the titular nation 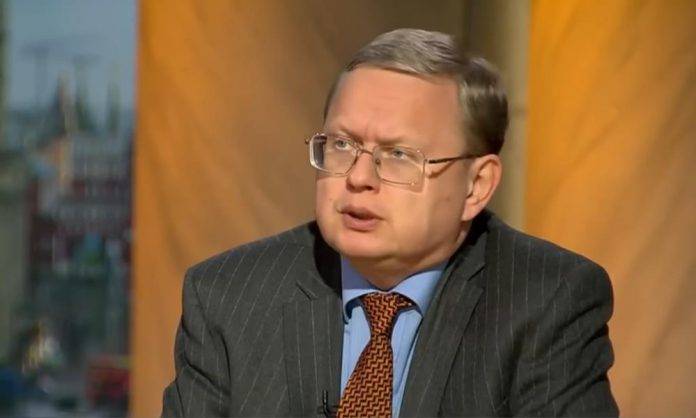 According to the director of the Foundation for the Study of Democracy, Maxim Grigoriev, in 2016, migrants working in Russia bought labor patents for 38 billion rubles. This is the income of our state from labor migration. But then the numbers are not very good - costs.

- Historically, the migration environment is criminalized. Only in 2017, in Russian prisons were serving sentences of 29 397 migrants. The content of one prisoner per year costs 469 thousand rubles. Total: 14 billion rubles.

- The maintenance of one migration center with migrants subject to deportation costs an average of 200 million rubles. In Russia, such centers 80. Total: 16 billion rubles a year.

- For example, in 2013, Russia was in first place in the world in terms of the amount of money taken by migrants - 20 billions of dollars! This is money lost to our economy.

- The cost of educating the children of migrants (only in Moscow 25 thousands of schoolchildren, who came from neighboring countries) - 3 billion rubles worth their education). And the cost of medical care - giving birth in Moscow has become fashionable in Central Asia for free.

- Also, doctors are required to free hospitalize any migrant without a policy for a period of three days. Infrastructure deterioration - urban and transport, damage associated with crime, trafficking in counterfeit goods, dumping in the labor market, and much more.

The calculations show that the liberal policy of turning Russia into a courtyard through the discovery of our Motherland for uncontrolled flows of guest workers, even from the most primitive, purely accounting positions, is monstrously unprofitable for the budget.

Due to the devaluation and the economic downturn, remittances from Russia to the CIS countries - mainly the withdrawal of money from Russia by migrant workers - in 2016 fell to 10,1 billion dollars. But it is still 675 billion rubles. - an order of magnitude more more than migrant workers bring!

However, the main damage from the liberal migration policy is the undermining of the labor market and the impoverishment of the broad masses of Russians, the promotion of corruption and unfair business, the formation in Russia of essentially elements of a slave-owning society. In addition, the increase in crime (only in Moscow, with the replacement of tiles by Sobyanin this summer, the number of deaths from criminal attacks increased 3,3), including ethnic organized, reincarnation of authorities in entire regions of Russia.

Well, behind this all the destruction of the ethnocultural balance looms - and in the perspective of the society itself.

It is probably precisely because of these self-evident reasons that liberals, including those in power, by all means encourage migration to our country — and even justify its necessity with every kind of pseudo-economic lies.

Why do our bosses with this ax of migration cut the branch on which they themselves sit?