December 8 2017
31
Ukrainian security officials are actively preparing for new clashes in the Donbass in the near future, Edward Basurin, deputy head of the operational command of the self-proclaimed DPR, told reporters.


According to him, "the intensification of hostilities can start from 8 to 15 December" or in January - this is evidenced by documents received from sources in the Security Service of Ukraine. 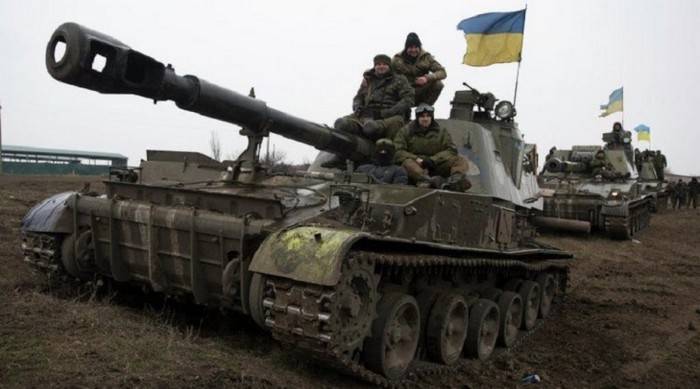 Basurin drew attention to the artillery systems prohibited by the Minsk agreements in the area of ​​the military operation. The DPR reconnaissance found at the contact line two 152-millimeter “Acacia” installations, as well as eleven caliber installations of at least 120 millimeters. In addition, a Grad rocket launcher was detected.

The deputy commander stressed that over the past week the OSCE mission did not find a heavy armament unit of the Ukrainian Armed Forces in the 241 storage areas.

The representative of the command also noted that the Ukrainian security forces replenish stocks of ammunition and intensified aerial reconnaissance at the line of contact.

If earlier we recorded one case of the use of UAVs per day on the entire front, then at present it is three to four times per day in the area of ​​responsibility of each of the APU brigades
- said Basurin.

He added that the SBU is exploring the possibility of disabling cellular communications in the 50-kilometer zone from the contact line.

According to Basurin, all these signs indicate that Kiev is preparing for war. In this regard, the DPR called upon the world community to condemn the actions of the Ukrainian authorities and “not to allow the launch of a new round” of the conflict, reports RIA News

Ctrl Enter
Noticed oshЫbku Highlight text and press. Ctrl + Enter
We are
Weekly summary (30 January-5 February) on the military and social situation in the DPR from the military officer "Mag"
Military Reviewin Yandex News
Military Reviewin Google News
31 comment
Information
Dear reader, to leave comments on the publication, you must to register.