VTsIOM: more than 82% of Russians approve of Putin’s activities

December 8 2017
214
More than 82% of Russian citizens positively evaluate the work of Russian President Vladimir Putin. Such data are quoted on Friday by the All-Russian Public Opinion Research Center (VTsIOM) on its website.

The presidential approval rate throughout the year is at a level higher than 80%, according to the latest figures (November 27 - December 3), it is 82,4%
- said in a statement. 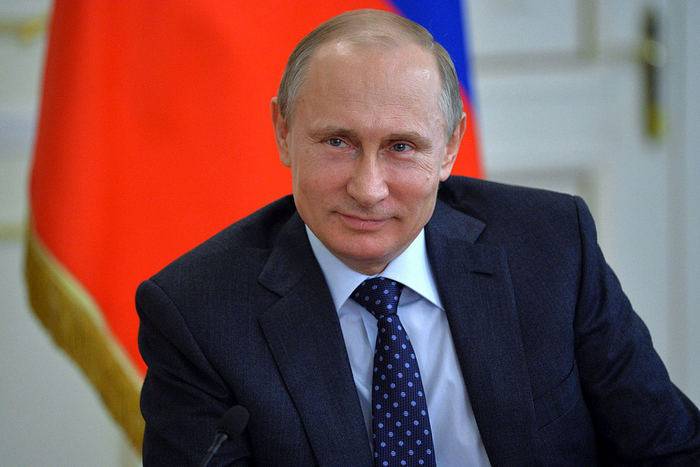 According to a survey by VTsIOM, 54% and 58,8% of respondents, respectively, gave a positive assessment of the work of Prime Minister Dmitry Medvedev and the cabinet ministers. The approval ratings of the State Duma and the Federation Council, measured once a month, after a decline in October rose slightly in November (51,2% and 56,3%, respectively).

Putin consistently leads the trust rating of politicians, the VTsIOM notes, at the end of November his figure was 53% (do not trust 3,3%). The second and third place in terms of citizen confidence is taken by Defense Minister Sergei Shoigu (17,9%) and Prime Minister Dmitry Medvedev (16,1%).

Anti-rating is traditionally headed by [the leader of the Liberal Democratic Party] Vladimir Zhirinovsky, and in November, the level of Russians' distrust towards him increased markedly - from 28,1% to 31,9%. Ksenia Sobchak enters the top 5 out of distrust (8,4%)
- According to the release, while 0,2% of respondents approve of Sobchak's activity.

In addition to Sobchak and Zhirinovsky, the top-5 politicians who are not trusted the most are Dmitry Medvedev (14,9%), Communist Party Leader Gennady Zyuganov (14,8%) and Just Russia’s Chairman Sergei Mironov (4%).

The confidence rating of blogger Alexei Navalny is 1,2%, while they do not trust him 3,6% of respondents.

As part of the initiative of all-Russian polls "VTsIOM-Sputnik" every day, 600 respondents are polled in at least the 80 regions of the Russian Federation. The results of the study show the average values ​​for the seven days of the survey, for a week the sample size is 4200 respondents. For a given random sample, the maximum error size with a probability of 95% does not exceed 1,9%.

Ctrl Enter
Noticed oshЫbku Highlight text and press. Ctrl + Enter
We are
America is waiting for polite peoplePublic assessment of military service in Russia - according to VTsIOM
Military Reviewin Yandex News
Military Reviewin Google News
214 comments
Information
Dear reader, to leave comments on the publication, you must to register.