The number of victims in the West Bank exceeded 100 people

December 8 2017
80
More than a hundred Palestinians were injured in clashes with Israeli security officials that occurred yesterday in the West Bank and Gaza Strip, reports RIA News message of representatives of medical services. 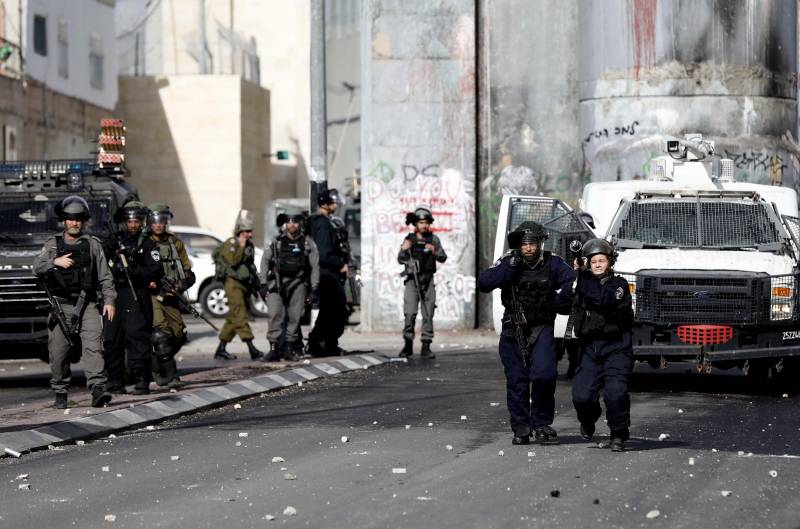 Recall that the reason for the protests was yesterday's statement by US President Donald Trump on the recognition of Jerusalem as the capital of Israel and the transfer of the American embassy there.

The number of victims in the West Bank has increased to 104 people. Four of them were wounded by ordinary bullets, 18 - rubber,
Red Crescent spokesman Irab al-Fuqaha told the agency

According to him, another "75 people suffered from tear gas and seven - as a result of falls or strikes."

In turn, the representative of the Ministry of Health of the Gaza Strip Ashraf al-Kidra reported on 7 victims in clashes with the military, which occurred on the borders of the Palestinian enclave. The condition of one Palestinian woman is assessed by doctors as grave.