December 7 2017
8
Russian military experts have resumed surveying the bottom as part of the search operation of the missing NEP "San Juan" Navy of Argentina, reports RIA News message of the press service of the Ministry of Defense. 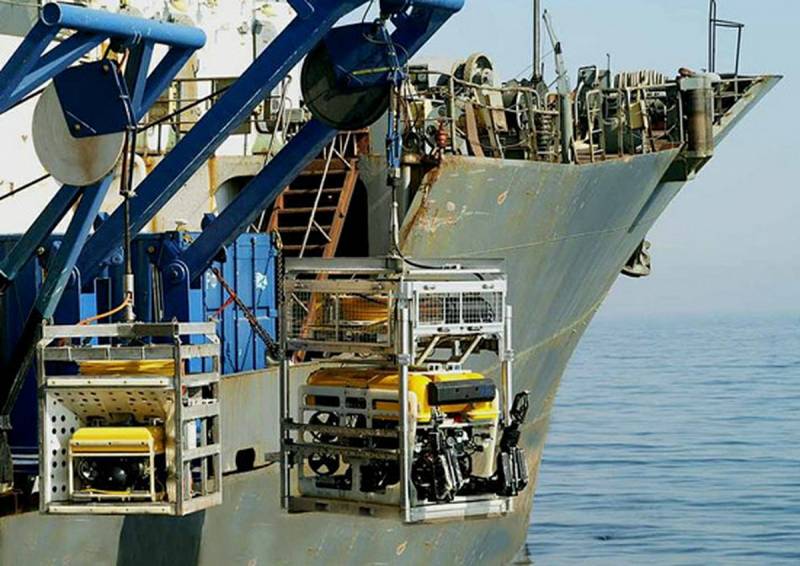 Previously, search work was suspended due to bad weather.

After improving hydrometeorological conditions, Russian Navy specialists continued to work in the designated areas of the search for the San Juan submarine of the Argentine Navy. In particular, for the elapsed day, three descent of the remote-controlled uninhabited unit “Panther plus” were carried out from the ship of the Argentine Navy. Three points were surveyed at depths of 840, 940 and 960 meters,
says release.

“At the moment, specialists of the search and rescue service of the Naval fleet Russia made seven descents of the Panther Plus underwater vehicle to depths from 125 to 970 meters. A fishing trawler and concrete mass were discovered and classified, ”the press service said.

Recall, the submarine stopped communicating on November 15 communications at the transition from the Ushuaia naval base to Mar del Plata. After 15 days after the disappearance of the diesel-electric submarine, the rescue operation was stopped, but the search for the submarine itself continued.

Ctrl Enter
Noticed oshЫbku Highlight text and press. Ctrl + Enter
We are
The search for the Argentinean submarine "San Juan" was suspended due to bad weatherThe oldest rescue ship of the Russian Navy "Commune" celebrated the centenary anniversary of the bookmark
Military Reviewin Yandex News
Military Reviewin Google News
8 comments
Information
Dear reader, to leave comments on the publication, you must to register.