Putin announced his intention to participate in the presidential election

December 6 2017
554
Vladimir Putin will run for a new presidential term in 2018. The head of state himself said this at a meeting with veterans and workers of the GAZ car factory.

Yes, I will run for president of the Russian Federation
- he said. 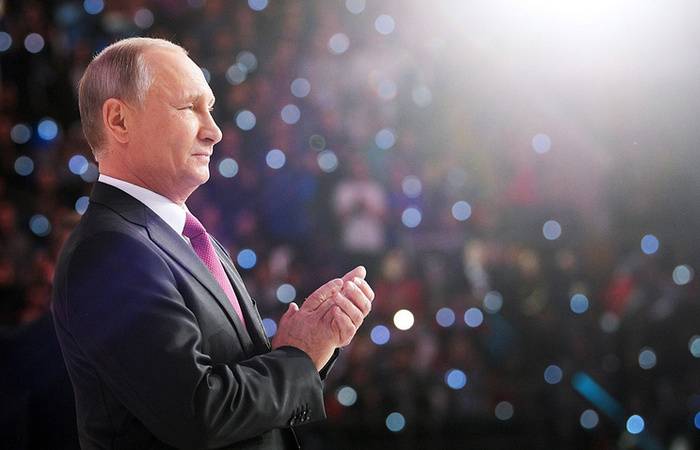 Earlier on Wednesday, volunteers turned to Putin about the participation in the elections as a candidate during the Volunteer Forum in Moscow. In response, the president called responsible for any person the decision to participate in the election of the head of state and said that he would make a decision soon.

Elections of the President of Russia will be held in March 2018, the election campaign should start in December 2017

Ctrl Enter
Noticed oshЫbku Highlight text and press. Ctrl + Enter
We are
Results of the week. “Take off your hats! Expose the head! The body will be taken out now! ”
Military Reviewin Yandex News
Military Reviewin Google News
554 comments
Information
Dear reader, to leave comments on the publication, you must to register.