Russia's plan: Turkey and Iran are the leaders of the Muslim world, and Moscow controls them 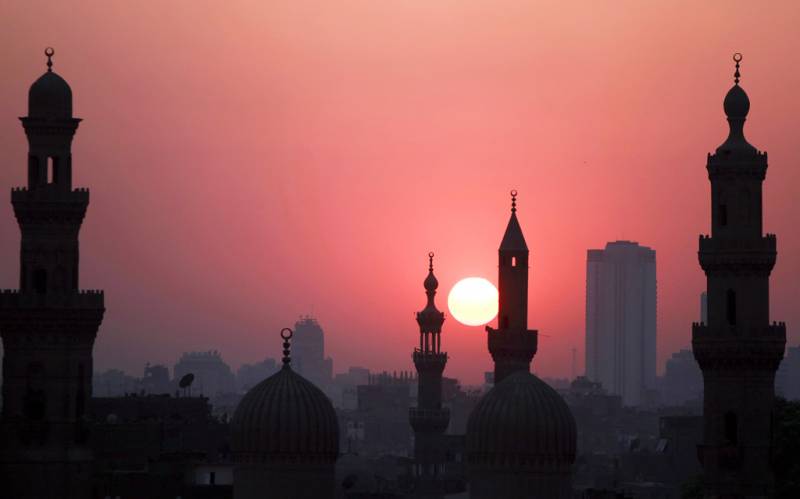 Russia's plan for the Middle East is simple and understandable to regional powers. That is why they not only supported him, but also take the initiative in this matter. Its secret is simple. It is beneficial to all except the United States and several other countries accustomed to fish in muddy Middle Eastern water.

Recently, Turkish President Recep Erdogan made a landmark statement. He warned that if Donald Trump recognizes Jerusalem as the capital of Israel, Ankara could break off relations with Israel:

“Jerusalem is a red line for Muslims. Such a decision will be a heavy blow for all mankind. We will not leave it. "

Erdogan’s logic is “flawless”: if the US does something, it will declare Israel “out of law.” Something like this was the logic of European politicians in the first days of August 1914, when Germany, declaring war on Russia, began to concentrate its troops (in accordance with the mobilization plan) on the French border.

We must understand that the US statement on the possible transfer of its diplomatic mission to Jerusalem is just a convenient reason for Ankara to declare itself the leader of the Sunni world. What for? And then, in order to build a new Middle East, Turkey should become just like Iran became the center of the Shiite world. And in this world, ideally, there will be no room for Washington and its intrigues.

US Strategy: Islam of Discord

If a hundred years ago someone had said what passions would be created in the Islamic world, no one would have believed him. Yes, Islam was split, but the heat of the theologians died long ago, and most importantly, for the local population there was no point in stirring up the past. The peoples of the Middle East from the center of civilization long ago turned into cooling relics, completely subordinate to external will. 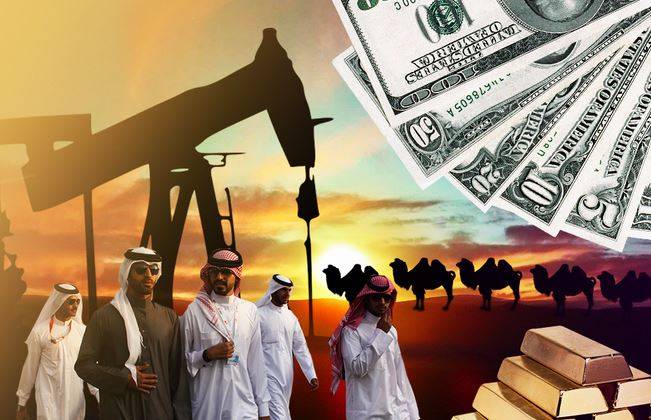 Everything changed when huge oil reserves were found in the region. And immediately the Arabs and Persians (and other peoples of the region) remembered their great past and that it was useless for the true believers to obey the wrong. The pumping of self-consciousness was going on throughout the twentieth century, and in the second half of the region the region turned into a real powder keg. Radical sects were born like mushrooms and replaced one another. Secular moderate regimes were either forced to radicalize themselves, or their “inexorable logic of events” demolished them.

And, oddly enough it looks at first glance, in all this chaos its own order and its regularity were noticeable. The main director of the production (at the beginning of Britain and then the USA) controlled everything and constantly took advantage of the region’s instability.

It was precisely discord in the Middle East that made it possible for it to be fully controlled by the “Anglo-Saxon democracies”. And it worked for decades. The disruptions began at a time when the remaining secular regimes in the region, having fought for many decades, came to the conclusion that it was necessary to negotiate among themselves and think about common interests and some kind of common strategy.

A great supporter and even the initiator of these ideas was the leader of Libya, Muammar Gaddafi.

It was a rash decision on their part, and it resulted in the “Arab Spring”, which Washington was supposed to completely reformat the region. 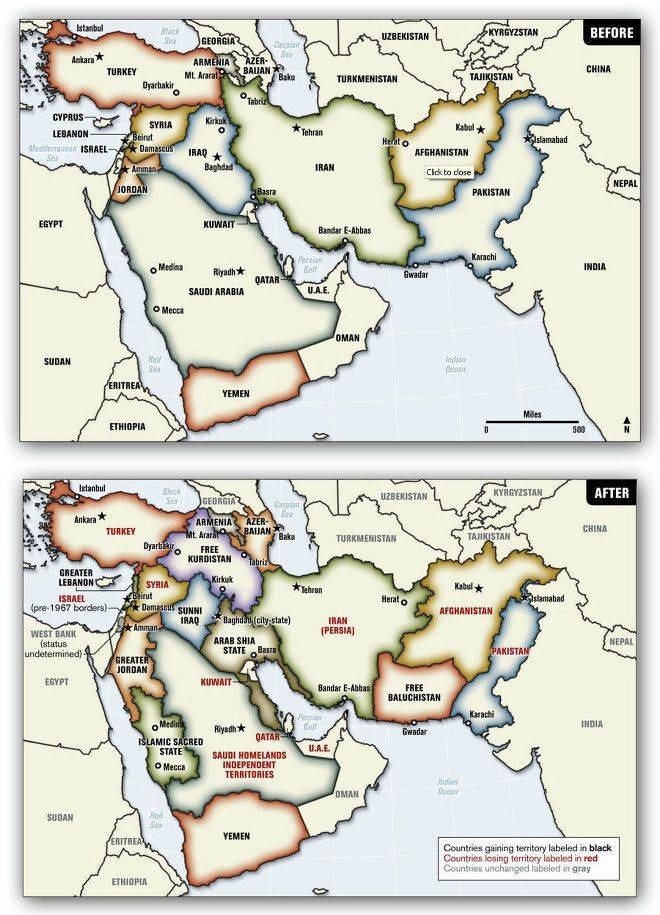 As a result, new formations should have appeared in the Middle East that would become points of instability for decades to come. At the same time, the United States should continue to “reconcile” them all and continue to receive its economic and political dividends.

It all started for Washington just fine. Regimes in Libya and Egypt were demolished, Iraq fell into complete state insanity, and Syria, it seemed, was about to fall at the feet of the victors and would be torn apart by them.

But in the "excellent" plan there was a big problem. And this first big problem was not called Russia.

The ideas of neo-Ottomanism, beginning with 1980, were increasingly captured by the political elites of Turkey. Gradually, her adherents entered the power, and already in the 2000's, the “new Ottomans” decided that the country was ready to regain its influence in the region. They were waiting for the right moment, and it seemed that the beginning chaos in the Middle East brought their hour closer. 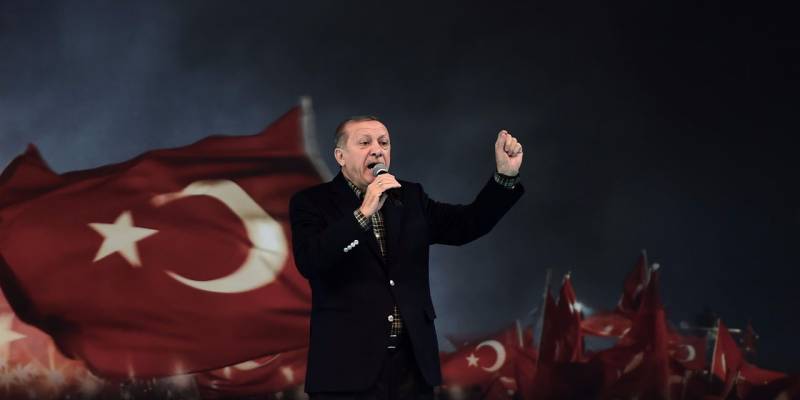 If anyone forgot, the first victim of Turkish "imperialism" was not at all Syria, but Israel. It was Ankara that, before the Syrian civil war, sponsored the exacerbation of the situation in the occupied Palestinian lands, and it was she who was behind all the anti-Israeli actions of the Palestinians. Then, against the background of the wars in Syria, all this faded into the background, and now it has resurfaced.

In the third year of the Syrian war, Ankara suddenly found out for itself that its plans in the Middle East and the plans of the United States not only did not complement each other, but entered into a fundamental contradiction. And the name of this contradiction is Kurdistan.

This, in fact, was caught by Erdogan by Russian President Vladimir Putin, who offered his Turkish counterpart a completely different plan, which would take into account the interests of all. Rather, almost everyone.

Russia's strategy: search for points of unification of the Islamic world 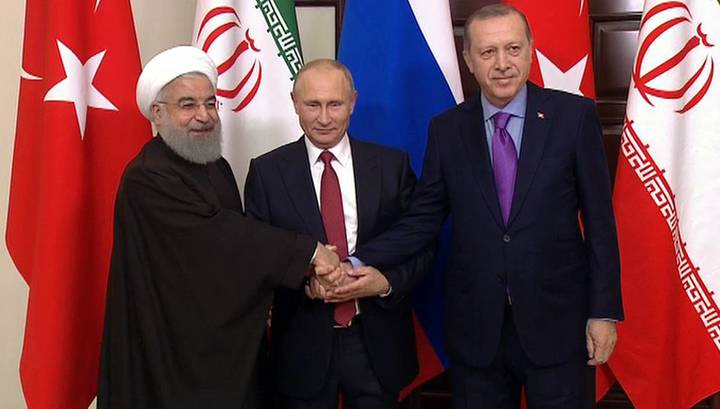 And the most important point here was that the cooperation of the countries was to be mutually beneficial. It was this moment that played the most important role after the provocation with the downed Russian Su-24 aircraft. If the relations between Moscow and Ankara were vassal, Turkey would never have returned to the “paws of Moscow”, but mutual interests turned out to be much stronger than even the strongest negative emotions.

Remember that hysteria that rose in Russia in November 2015 of the year? How easy it was then to succumb to her own harm! And, of course, the leadership of Russia did not go for it.

For the region to be stable and predictable, a single understanding between Moscow and Ankara was not enough. Moscow proved and convinced Erdogan that without Iran a new strong Middle East cannot be built. At the same time, Turkey, as she wanted before the Syrian war, was to become the formal leader of the Sunni world, and Iran would control the Shiites. At the same time, Moscow in the region was to become an arbitrator and a balancer for those who wanted to break this status quo.

Today we see that the new system is almost formed and its internal content is being implemented. And in this regard, the statement of the Turkish leadership, which at first glance looks strange, looks very logical. We are waiting for a new Middle East, peaceful and predictable. Yes, it is difficult, unusually difficult after the “Anglo-Saxons” have sowed discord here for decades. I am sure that, as in the case of Ukraine, there will be opponents who will say that Russia, they say, has nothing to do in the Middle East. This is not its territory, and Russian guys should not die in this war. Yes, they should not. And they should not die in other wars. And so that these wars did not exist on the southern border of Russia, Russia should (not someone, but on the basis of its interests) not go with the flow, but build itself a convenient structure for itself, using all the possibilities it has.

The security of the southern borders of Russia is the world in the Islamic world. And this world is quite real and achievable.

Ctrl Enter
Noticed oshЫbku Highlight text and press. Ctrl + Enter
We are
Reports from the militia of New Russia for 27-28 September 2014 of the yearResults of the week. “Take off your hats! Expose the head! The body will be taken out now! ”
37 comments
Information
Dear reader, to leave comments on the publication, you must to register.