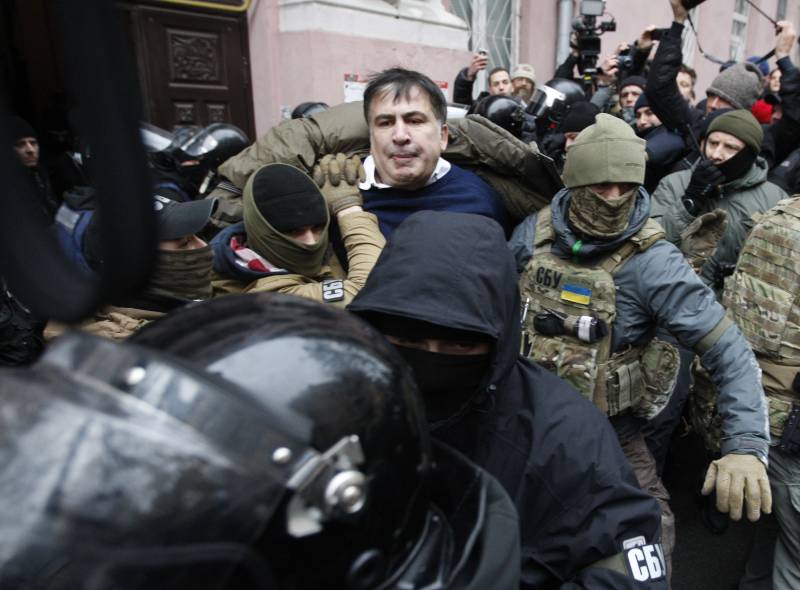 We are closely monitoring this situation and what is happening in Kiev. We are in close contact with the Government of Ukraine, as you know, we are in good relations with him, which does not mean that we agree with them absolutely in everything,
noted Nuert at the briefing.

We call on the Ukrainian authorities to de-escalate the situation ... We call on all parties to avoid violence and follow the rule of law, international obligations,
she said.

If they (the authorities of Ukraine) detain, arrest someone, this should be in accordance with the laws and regulations of this country, as well as with international obligations in the field of human rights,
added the representative of the US State Department.

Recall, on Tuesday, Saakashvili was detained by Kiev security officials after a search in his apartment. However, supporters of the former president of Georgia managed to block the car on which law enforcement officers tried to take him away. As a result, the policy was able to repel.