US and IOC dug up a sports war tomahawk, which will return to them a boomerang 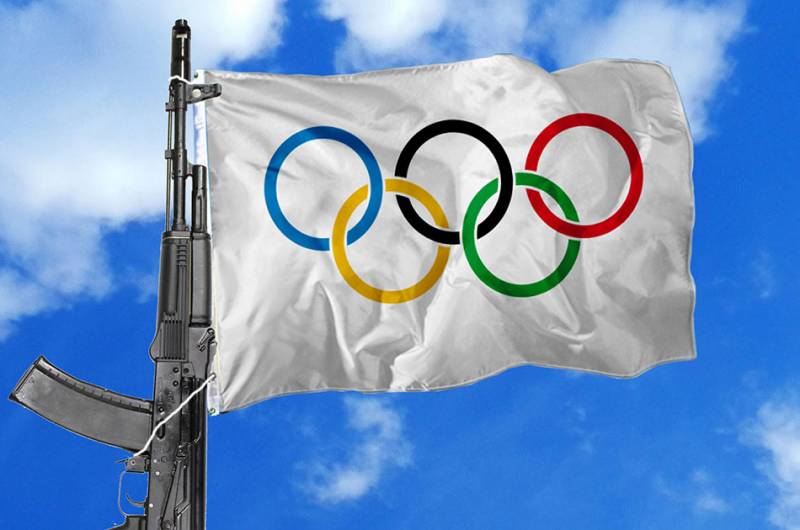 Olympiad-80, Olympiad-84, Kosovo, South Ossetia, Abkhazia, Crimea, banning the participation of the Russian Olympic team ... There are no mistakes in this series. All events are interconnected and have one thing in common - all these are consequences of the cold wars between the USA and Russia (USSR).

Do you know what the boomerang principle is? This is when the problem created by the “partner” returns and hits you on the crown. Remember how the United States launched the Kosovo recognition process in February 2008? Within six months, they received Abkhazia and South Ossetia, and six years later, Crimea. Yesterday, IOC officials, under pressure from the United States, suspended the Russian team from participating in the Olympics. How will this turn out in the future? And let's remember history, because all this has already happened, and not so long ago ... 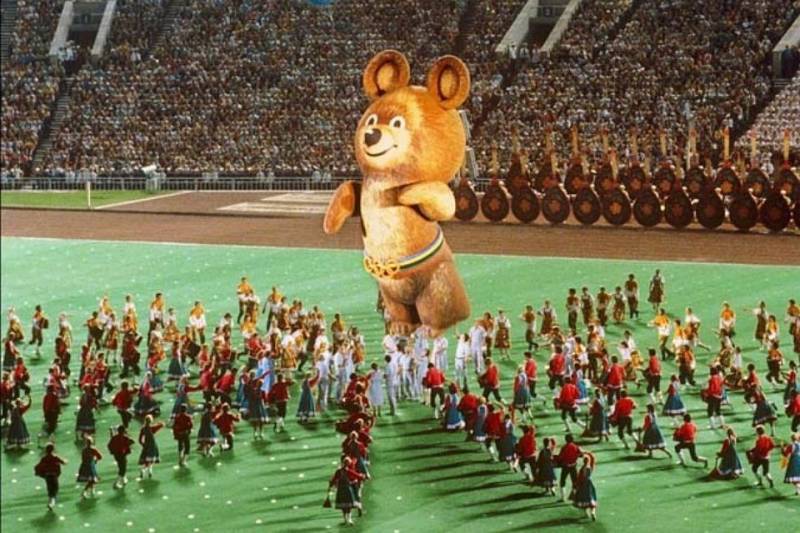 Olympiad-80 was an image project for the leadership of the USSR. Never before has the Union accepted competitions of such a high level, and the country's leadership did everything to ensure that this Olympiad is remembered by the world for a long time. And she did remember.

Even Coca-Cola temporarily allowed into the Soviet market.

The country was preparing for the holiday, which spoiled the United States. In response to the strengthening of the military power of the USSR and against the background of its great diplomatic successes (including the extension of the Urengoy-Pomary-Uzhgorod gas pipeline to Western Europe), Washington decided to launch a counter-attack to isolate Moscow.

And just one of the first demarches was the refusal of the US team to go to Moscow for the Olympic Games. Their example was followed by the teams of 64 of the allied countries of Washington.

Washington found the occasion easily. It was stated that thereby a protest was expressed against the actions of Moscow in Afghanistan, although after still fresh in the memory of Vietnam, it all looked like a mockery of common sense.

And now, even if it is not said out loud, everyone understands that it’s not about doping, but about losing Syria, losing to Ukraine and preparing for the construction of Nord Stream-2. 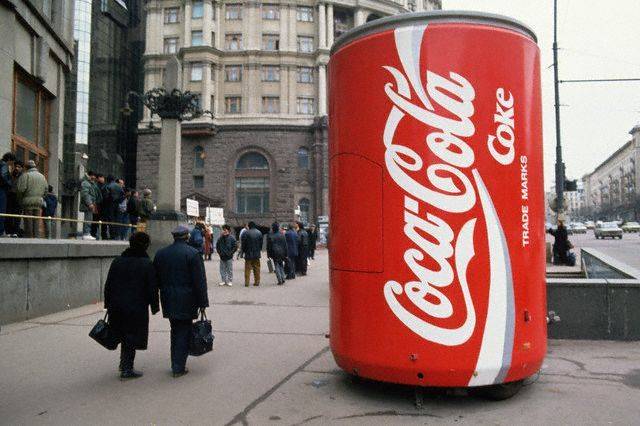 It is noteworthy that while The Coca-Cola Company refused to boycott the 80 Olympics in Moscow. Salvage still triumphs over evil.

In response, the Soviet leadership did not send its athletes to the 84 Olympiad in Los Angeles. Moscow followed the example of almost all of its allies. At the peak of the United States, they held their game "Friendship-84". 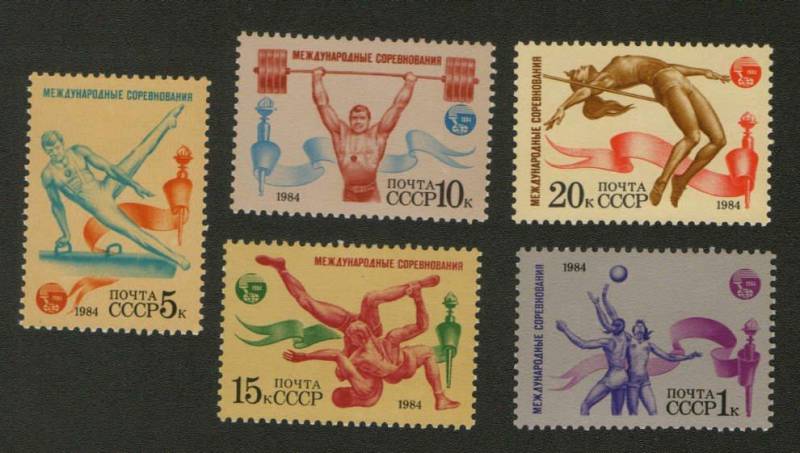 Thus, two consecutive cycles, one or the other, the strongest team of the planet (together with the allies) ignored the Olympics for political reasons. As a result, everyone began to wonder: what will happen to the Olympic movement further? Are the ideas laid down at the end of the XIX century really destined to die?

Then everything was saved by detente and the Goodwill conciliatory games, which were conceived by Ted Turner as unifying competitions. The first such games were held in Moscow in 1986 year.

After four events, they were canceled as unnecessary.

It seemed that the lesson had been learned, and no one would ever return to it. But we were wrong. As soon as the world smelled of new cold war, Washington again decided to resort to this old method of pressure on Russia.

Formally, the doping samples are to blame, but we are perfectly aware that this is just a beautiful and convenient excuse, and nothing more ... The Kremlin’s policy is to blame, Ukraine, Syria, and much more.

And even a little gas pipeline "Nord Stream-2".

In general, the policy of double standards, which, at first glance, seems to be effective and win-win, has many pitfalls. Remember the story of Yugoslavia, which ended with the Kosovo precedent? Who in the middle or even the end of 1990 could have thought in Washington that their flawless plan to dismember this Balkan Russia would prove to be a huge flaw? 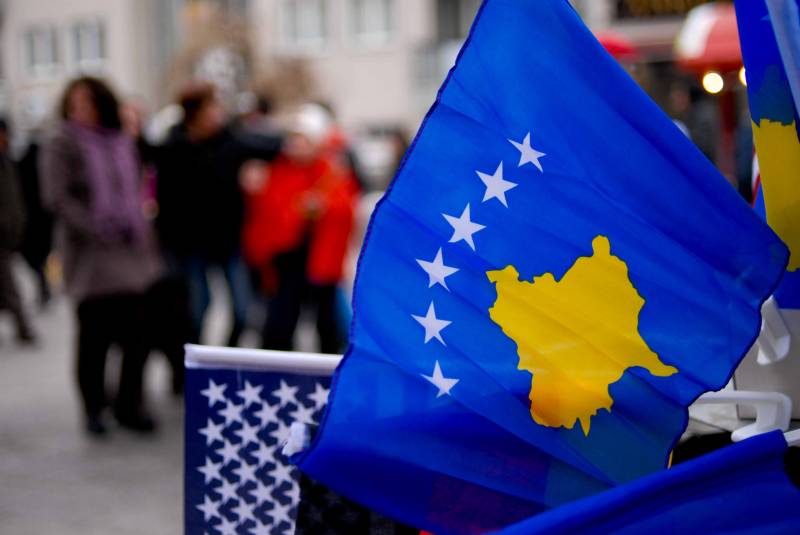 And the matter is not even in the fact that he did not succeed until the end; everything is just fine with this. Washington with the help of force “convinced” the world that it is time to abandon the old principle of inviolability of borders and replace it with a new one: the right of peoples to self-determination. The Albanians of Kosovo were the first to take advantage of this new “right” at the request of the United States, and behind them ... almost immediately the Ossetians and the Abkhazians of Georgia.

Moscow quickly agreed to play with the United States under the new rules. So much so that Washington has already reduced its teeth from this game, and they again recalled the inviolability of borders where they began to be beaten.

So, as we see, the game of double standards, like the politicization of sports, has never led to anything good.

Today the world again, like 30 years ago, has become bipolar. Isolating and making Russia a rogue state will no longer work. What will come up with Moscow? I think we will find out soon. I won’t guess, but I’ll say that, as a result, the initiators of the current scandal will look for ways out of their own problems. As the United States with its principle of "self-determination." And, as always in such cases, those who yesterday released the genie from the bottle, will wring their hands and say that they did not assume that this could all end.

Ctrl Enter
Noticed oshЫbku Highlight text and press. Ctrl + Enter
We are
Results of the week. "Everything! Kina will not be! Electricity is over! ”Reports from the militia of New Russia for 27-28 September 2014 of the year
124 comments
Information
Dear reader, to leave comments on the publication, you must to register.