He called for a review of European and German policy toward the United States and more confidently upholding their own interests. According to Gabriel, under Trump, the United States "weakly" plays the role of a globally significant political force. "At the same time, Washington begins to perceive Germany as" one partner out of many. " 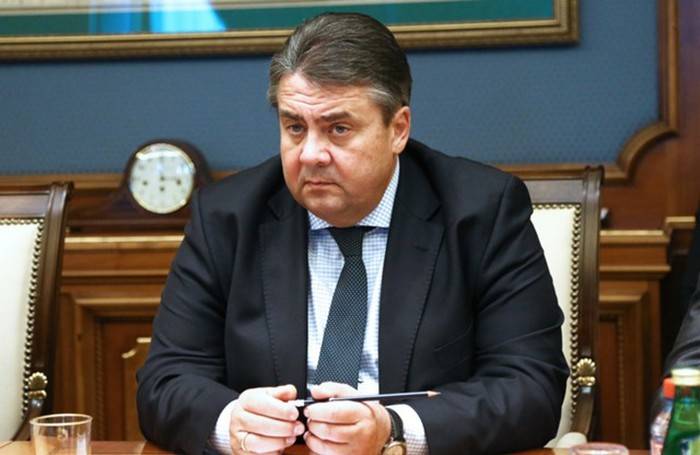 Unconditional, with which we perceive and maintain the role of the United States, despite occasional differences, begins to collapse
- stressed the Foreign Minister.

According to Gabriel, in the future, Germany should be more confident in representing its own interests and “hold the red lines beyond which partners should not enter.”

In early August, Trump signed the law, which, in particular, gives the president the right to impose sanctions on individuals who invest in the construction of Russian export pipelines more than five million dollars a year or a million dollars at a time. The document specifically states that the United States will continue to oppose the project "Nord Stream-2", reports RIA News

Ctrl Enter
Noticed oshЫbku Highlight text and press. Ctrl + Enter
We are
German Foreign Minister: US trying to push Russia into a cornerSaudi Arabia offered to strengthen the role of the religious and regional leader of the Middle East
Military Reviewin Yandex News
Military Reviewin Google News
44 comments
Information
Dear reader, to leave comments on the publication, you must sign in.