December 4 2017
57
The agreement between the Government of Belarus and Russia on the joint technical support of the regional grouping of troops (forces) entered into force on November 14. The main agreement of the two governments, enshrined in the document, states that during the period of increasing military threat to the Union State and during wartime, the Russian Defense Ministry will provide the Belarusian military with weapons and military equipment, the newspaper writes TUT.BY. 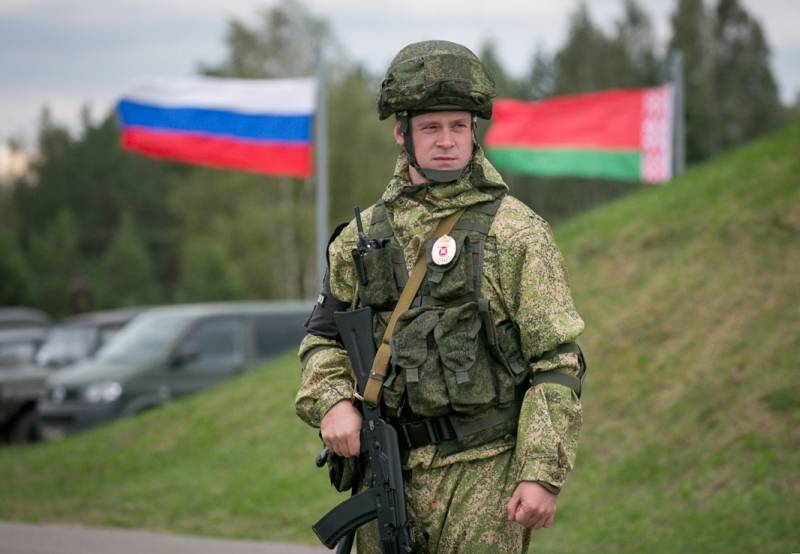 In addition, the author notes, the stationary material and technical base of Russia, where it accumulates stocks of weapons and military equipment in peacetime, can be moved to Belarus during the immediate threat of aggression.

However, what does the term mean? "Increase of military threat"? Is this definition too subjective? Military observer Alexander Alesin answered these questions.

“We have two groups in common with Russia - a single regional air defense system and a joint grouping of the land forces of Russia and Belarus. All these groups are in a dormant state up to a certain point. Earlier this moment was called the “threatened period” - the period preceding the beginning of the war, when the parties mobilize, transfer their enterprises to the military rails. This period was very accurate, it could be noticed. But now, due to the fact that the notion of “hybrid war” has appeared, when wars are no longer declared, this concept has been replaced by a very subjective one - “military threat buildup”, and you can take anything for it: someone’s words, and hostile actions and spy detection. And compared to what it was, this is a step back and for our country is not very profitable: we can simply say that the threat has come and force to launch all the mechanisms - to transfer a single group of air defenses under a single command, send units and subunits into its composition. In the case of ground troops, everything is more complicated: the Russian part of the grouping can arrive on the territory of Belarus only in the event of the start of military actions, ”said Alesin.

“This is a worldwide practice. For example, in case of war, the United States provides for the transfer of additional troops from America to Europe, including tank... But the war is going fast, and if it starts, the tanks will go on the ocean for a long time, they will store them in advance in Europe in a mothballed form so that they can be used on occasion. And there are people there, perhaps Americans, perhaps locals, who are guarding this technique. We can also store Russian equipment, ”the expert explained.

He stressed that such a material and technical base would not have the status of a military base.

“Russia will not be able to come and simply use this base - we have many restrictions on military doctrine. In addition, all this equipment will be guarded by the Belarusian military or militarized guards. The Russian military can also be protected, but we have a restriction on the stay of the Russian units, that is, the military, on our territory - this is 2 of the month. In two months they should go down, everything is strictly regulated here. NATO also works in the same way on a rotational basis: one battalion stayed for a while, the second replaces it. But we, unlike NATO in Europe, do not have a permanent deployment of Russian military and bases, so with this we are much stricter. You should not perceive this as a threat, ”said Alesin.

In the Ministry of Defense of the Republic of Belarus, the agreement is not commented on, referring to the fact that they are only an authorized body, and the decision was made at the government level.