Maduro announces the creation of the Petro cryptocurrency in Venezuela

December 4 2017
59
The President of Venezuela announced the creation of a cryptocurrency, which will be provided by Venezuelan resources - diamonds, gold and oil. According to Nicolas Maduro, the cryptocurrency will be called Petro. In the title there is a reference to the term Petroil, directly related to the hydrocarbons with which Venezuelan minerals are rich.


According to Venezuelan economists, the active promotion of cryptocurrency has to go in connection with a significant collapse of the national currency rate - the bolivar, caused by the US sanctions. Only from the beginning of November, the bolivar lost over 55% of its value at the rate of the national bank.

If the cryptocurrency "Petro" in Venezuela is created, then in fact we will talk about the world's first state cryptocurrency, if such concepts as "cryptocurrency" and "state" can be compatible at all. 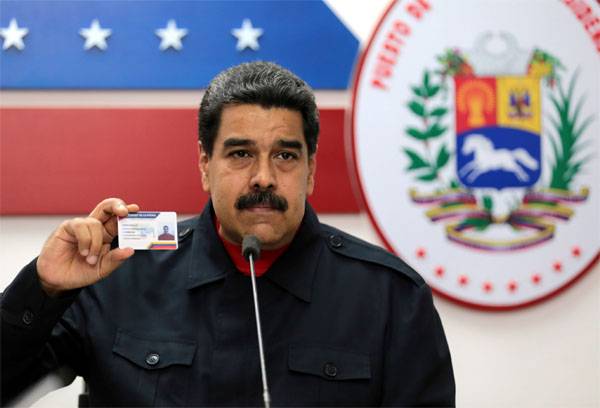 It should be noted that "private" mining in Venezuela is currently banned by the state. Law enforcement agencies monitor citizens whose apartments consume several times more electricity than the national average. You should also pay attention to the fact that in Venezuela, electricity consumption by the population is subsidized by the state, and therefore the cost of a unit of electricity consumed is several times lower than in most Latin American countries. And if the consumption of electricity by a citizen increases several times, then law enforcement officers have a reason to accuse the person of abuse of state subsidies.

Ctrl Enter
Noticed oshЫbku Highlight text and press. Ctrl + Enter
We are
Cryptocurrency vs dollar. What awaits the world and how to behave in Russia?Crypto-ruble and cryptalogues: drive a bear into a den?
Military Reviewin Yandex News
Military Reviewin Google News
59 comments
Information
Dear reader, to leave comments on the publication, you must sign in.