To remember. December 3 - Day of the Unknown Soldier in Russia

December 3 2017
43
In the past few days in our country, as it happened, the death of Wehrmacht soldiers was discussed more than the still unidentified remains of Soviet soldiers. The boy from Novy Urengoy, as we all remember, wondered why the grave of George Johann Rau, who “did not want to fight,” was forgotten and forgotten. Why have we in Russia still not turned the grave of every invader invading our land into a sacred pantheon - a place for our mass repentance for the “innocent soldiers who died” of Nazi Germany? ..


And yet they still understand: who is to blame, why, how is it, where did it all come from, what to do, whom to hang? .. But, by and large, the people who started all this have already achieved theirs. As already noted, we have to discuss all sorts of "Johann Rau", but not those tens of thousands of Soviet soldiers-liberators, whose remains still lie in the land of Russia and Europe and remain unknown.

Today is one of those days when the calendar itself gives an extra reason to recall the unknown winners of the brown plague, who contributed to the defeat of the Nazis and freed Europe from Nazism. Today is the Day of the Unknown Soldier. It was he who stormed the height of the Mamaev Kurgan, it was he who burned in tank near Kursk, it was he who liberated Kiev, Minsk, Bratislava, Krakow, Prague from Nazi occupation. It was he who opened the gates of the death camps in Poland and Germany. This courage allowed him to hoist the red banner over the Reichstag. This he remains unknown today, despite the fact that dozens of domestic search squads are making great efforts to search for his remains.

Each year, Russian search organizations that are part of the centralized Search Movement of Russia, find the remains of an average of at least 10 thousands of Soviet soldiers who died during the Great Patriotic War. But to discover, for all the enormous complexity of this process, is one thing. The remains must also be identified. And this is not only work with the ashes of the dead. It is also the weeks spent in the archives, the work of a handwriting character, the reconciliation of data with the lists of combat units. Great luck for search engines - if you can find out at least the name of the dead unknown fighter. According to it, you can go to relatives, to clarify the identity of a part according to regional archival sources.

According to the latest information, the remains of only every twelfth fighter found are fully identified after detection. Especially difficult is the case with representatives of the rank and file. The main reason - the soldiers simply did not always go into battle with a capsule or a metal medallion, on which their personal data would appear. This is a superstition, thanks to which the fighters simply wanted to save lives. But the bitter laws of war did not exactly take into account who goes into battle with or without a capsule - both died in battle and others.

Search engines say that sometimes the identification of a person is helped by a half-rotten piece of newspaper on which the fighter made certain notes. Good luck - finding the letter that the soldier put in the pocket of the gymnast before going into battle. Just a few lines from relatives allow to know the name of the fighter, his other personal data - which ultimately helps the implementation of a full identification. 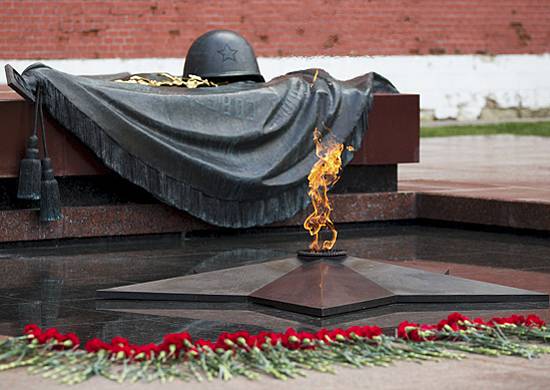 It is a pity that sometimes the painstaking work done to search for and identify the remains of Soviet soldiers turns itself into dust. The point is that, for example, in today's Poland, the authorities openly sanctioned the war with monuments erected in honor of Soviet soldiers, with the graves of soldiers-liberators. The graves are subject to the shares of this state vandalism. At the same time, virtually no one is responsible for the condition of the dust and the civilization of its transportation to a new place. From the departments of the Polish police come on duty replies that they have begun the proceedings. But most often this trial does not end with anything - the destroyed memorials and the crushed graves no longer return to their former places.

This is a monstrous injustice in relation to the memory of those who allowed Poland to remain Poland and not turn out to be a German backwater, frightening the world with black smoke from the kilns of death camps.

Establishing the Day of the Unknown Soldier in Russia is not just a calendar date. By and large, this is the day when once again a year a tribute will be paid to all those who died while defending our Motherland, whose names, unfortunately, have not yet been established. But at the same time, it is a date of hope. - Hopes that every lost Soviet soldier will sooner or later find his own name, which in itself is one of the symbols of the Great Victory.