Cinema: Artdocfest, they have their own atmosphere there ... Part of 1

December 4 2017
43
Unfortunately, in the modern realities of Russia, behind the loud words “art” and “culture”, the achievement of two goals most often hides: a purely political-agitational and / or pragmatic goal is tastier to eat and sweeter to sleep. And since, according to authoritative director Vladimir Menshov, modern cinema, for example, does not seek victory from the viewer, and the creative public is selfish and irresponsible, this system is extremely convenient for these people. Moreover, it is vitally important as a lower level like Pavlensky’s scrotal hammerman, who fled from “bloody Mordor” to thunder in a madhouse behind the cordon, as well as to senior citizens — politicians-marginals, oligarchs with political color and even theater leaders (not worth call surnames).


Naturally, in order to hold a fig leaf called “culture”, various festivals, theater and film awards multiply at the causal place of political and consumer goals. Moreover, their number is inversely proportional to the quality of the proposed art.

Banner "Artdokfest-2016", well, until Pavlensky was declared insane in the blessed opposition of the West

One of these festivals, the holders of fig vegetation, is Artdocfest. Can you feel how from one name sweetly blew a European action with enchanting hints of parmesan? In fact, the festival of documentary films can not be called. Since 2007, this festival gathers the most handshaking citizens of our country. The jury consisted entirely of "their" comrades - Dmitry Bykov, Marat Gelman, Vasya Oblomov, Andrei Zvyagintsev, Irina Prokhorova (the sister of the oligarch Mikhail Prokhorov, than is actually known, except for near-political vanity), Andrei Bilzho and many others. It does not matter that the impressive part of these citizens has nothing to do with cinema, because the “fest” itself refers to cinema as far as it goes. 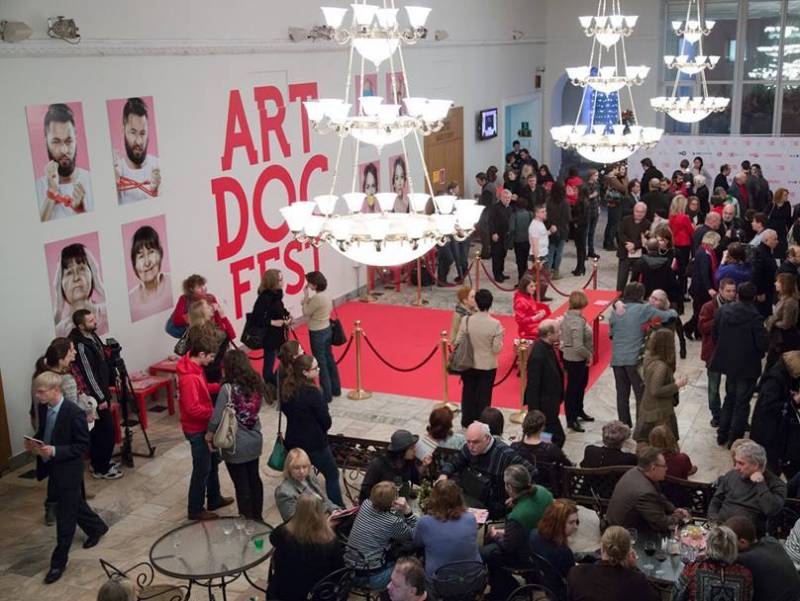 The typical "atmosphere" of the festival - communicate, drink, snack, in short, lead a spiritual handshake life. And I’m ashamed to take a bottle of mineral water to the cinema - oh, a padded jacket, I, a padded jacket ...

Despite all the information support for all these years, the aforementioned “fest” gathered only a couple of hundred bohemian parties and journalists, who flew to the free vino and a snack. In the same year, the “cultural” event gained relative fame thanks to the out-of-competition program, which included the picture of the Ukrainian “director” Yevgeny Titarenko “War for Peace”. The trouble is not even that this picture is a typical agitation of the Nazi junta, and not even that Titarenko himself is a standard Svidomo from a squad of genetically hopeless people. And the trouble is that this Titarenko is a member of the Hospitaller battalion, which is part of (attention!) The Right Sector extremist group banned in Russia. The film, by the way, is announced from 6 to 12 December in Moscow! 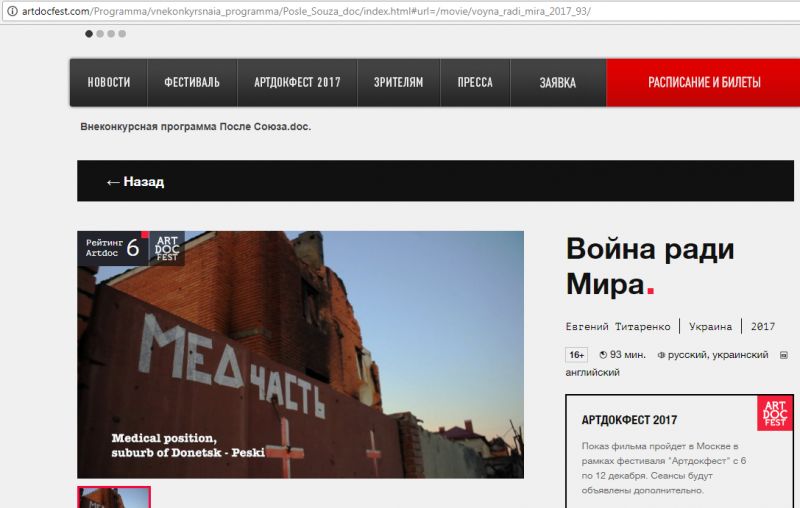 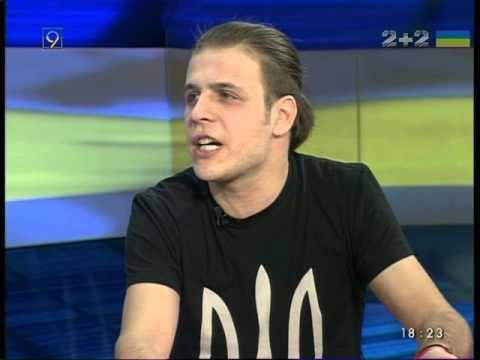 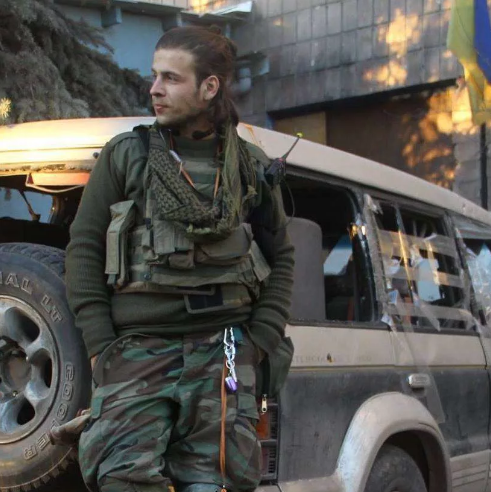 He is in the "right-wing" battalion

Despite the fact that the organizers do not hide this fact, and the announcement continues to hang on their website, the competent authorities are in no hurry to intervene. What is not noticed? Or maybe the law does not apply to such things (direct agitation of prohibited structures)? In my humble opinion, everything is easier and worse than it seems. The authorities do not want the next liberal-information tsunami screaming "art stranglers" on their heads because of one caricature Natsik, imagines himself a director. But this is already a problem ...

It turns out that the crowd screaming hysterics is enough to slow down the law. Thus, the order is established by comrades that they can bring a sufficient amount of cannon fodder to the street and set a certain number of media engaged on the street. By the way, take a look at the list of partners of this “fest”. Impressive, isn't it? It will take a lot of time to find at least a few organizations in this opposition-liberal panopticon that are not associated with Western funding or who have not been convicted of pro-Western ideas, often of an extremist nature. 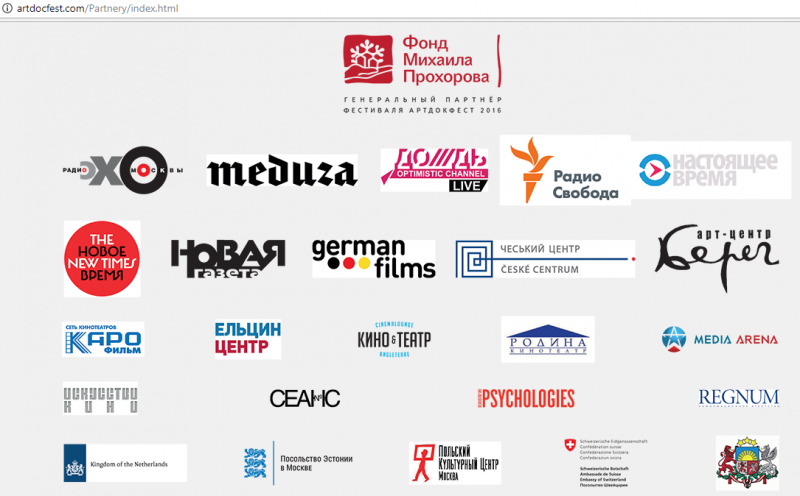 It would also be a mistake to consider the appearance of citizen Titarenko on the list as an accident. Or ignore the propaganda power of this event. Firstly, Svidomo Mr. among the participants is a completely legitimate policy of the “fest”. And secondly, despite the modest scale of this small party - it has long been a completely effective platform for opposition propaganda and feeding (and in the spiritual sense and in the stomach) of the handshake public. And it is enough to put together a hundred other hysterical youngsters into a street brigade of protesters.

Also, do not think that Titarenko is the only interesting character of this gathering. After all, at such meetings, "strangers" do not go. This is about the objectivity of the competitive program. For example, the film opening “fest” “Process” is a typical tearful cry of Yaroslavna according to the Ukrainian terrorist Sentsov, who is called the director. True, remember that he took off, they can not even at gunpoint.

Artdocfest is rich in no less colorful “directors” and their creations. Another piece of news from the other side of reality is the picture of Ernes Sarykhalilov "Mustafa". The main character, Dzhemilev is the leader of the Mejlis banned (!) In Russia, or rather his история depicted (I quote the synopsis) as "a symbol of peaceful resistance against injustice and discrimination." The whole announcement of this picture is just a good example of how an aging prisoner makes a legend about himself, for example, about an unprecedented hunger strike in 10 months with feeding through a probe. 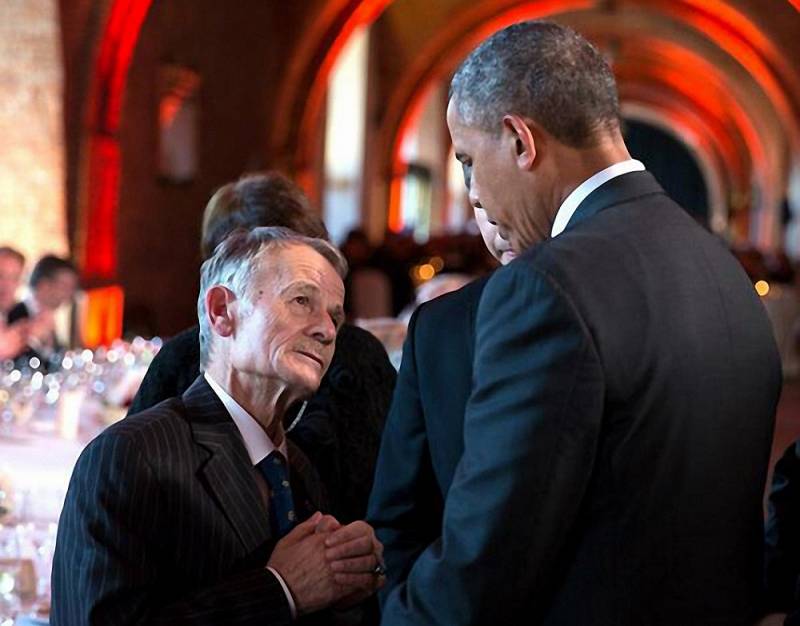 And no one, nobody cares at all, that this “peaceful” Protestant was an ardent initiator of the economic and food blockade of the Crimea. The members of his group with a monkey joyfully cut down power lines, apparently, to support their relatives in the Crimea by the lack of light and some of the products. Also, nobody really cares that this “peacemaker” categorically denies the fact of the Armenian Genocide. Oil painting

As for Mr. Sarykhalilov, his directing experience and fame in this field is no different from the merits of the above-mentioned Titarenko.

The next representatives of this party are Vasily Bogatov and Taisy Krugovy with their cinematic creation with the characteristic name “Putin against Pussy”. In this case, with the synopsis, they did not bother at all and quoted the words of film expert Angelica Artyukh: “Putin almost won, however, did not take into account that zombies can leave the grave and show him a thumb, as Alekhine and Tolokonnikova do in his final performance. The dead will rise and ask for an explanation. In future". 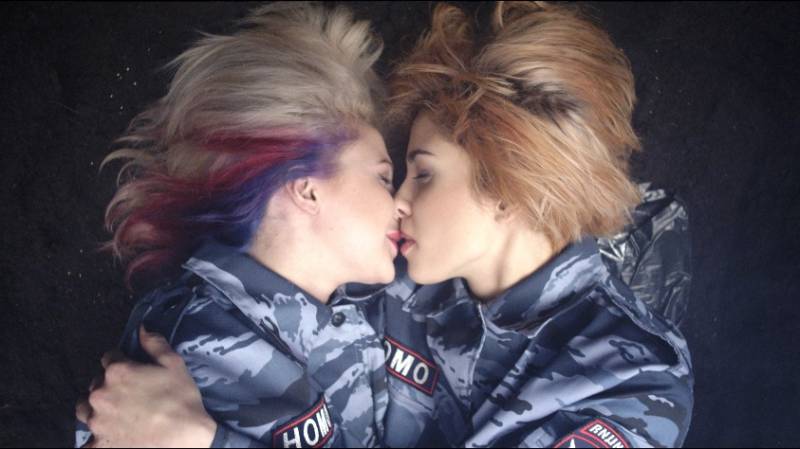 The main poster of the film "Putin against Pussy" on the site "festa". How is our law about LGBT propaganda? Or it seemed?

The citizen Bogatov himself and the citizen Krugovykh, judging by the data of the specialized film portal Kinopoisk, haven’t taken anything from 2011 since except one or two short films. Who knows, maybe because of their own lack of demand, citizens are overgrown with complexes against the background of high self-esteem and an acute need for finances, and they have even become politicians.

In this case, the last two "masterpiece" are held in the framework of the non-competitive program "Special Show". But then - only more.

Ctrl Enter
Noticed oshЫbku Highlight text and press. Ctrl + Enter
We are
Punitive psychiatry - the French did everything for usKonchalovsky makes his film nominated for an Oscar due to the perniciousness of Russia's Hollywoodization
43 comments
Information
Dear reader, to leave comments on the publication, you must to register.