Ukraine announced the "improvement of the tactical situation" in the Donbass

Separate units of the armed forces of Ukraine in the Donetsk sector have improved their tactical situation in order to improve the conditions for observing the enemy and conducting defensive fire
- transmits RIA News" a message from the Ministry of Defense of Ukraine emphasizing that it is acting "within the framework of the Minsk agreements." 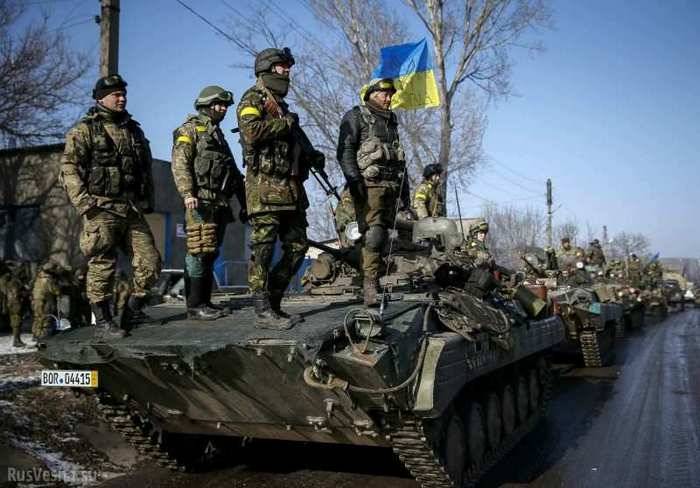 Volunteers helping the Ukrainian military said that the Armed Forces of Ukraine occupied the settlement of Verkhnetoretskoye in the Donetsk region.

Meanwhile, a representative of the operational command of the self-proclaimed Donetsk People's Republic said that the advancement of the Ukrainian security forces in the Donbass was not recorded, such statements are an attempt at PR.

There was no change in the line of contact. This statement is self-promotion, it was made with the aim of raising the morale in the ranks of the Armed Forces of Ukraine, which has recently been at a very low level due to the defeat in the Svetlodarsk region and the occupation of tactically disadvantageous positions in the Gorlovka area
- said the representative of the command.

We will remind, earlier in the DPR told about the security forces acting under the guise of volunteers.