Kiev threatens sanctions to all companies associated with the Crimean bridge

This is a clear position of our American and European partners, this is a serious argument.
- explained the head of the Ministry of Justice. He also promised that the operations "with Ukrainian property" in the Crimea will be evaluated in international courts. 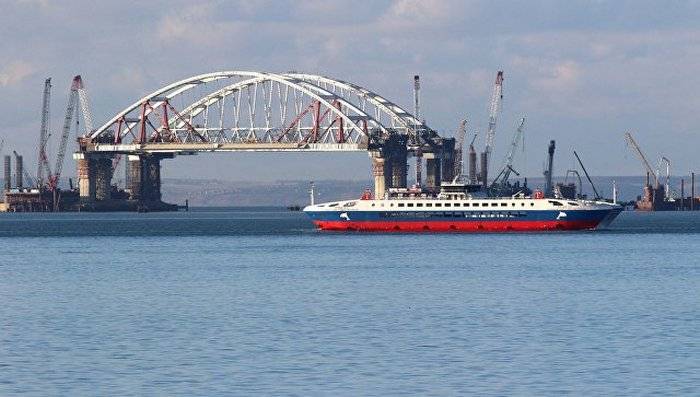 Earlier, the Minister of Infrastructure of Ukraine Volodymyr Omelyan urged the West to stop the construction of a bridge across the Kerch Strait, increasing the sanctions pressure on Russia. According to him, construction negatively affects the country's economy and prevents the passage of ships to Ukrainian ports.

This position was supported by the US Ambassador to Ukraine Marie Yovanovitch. According to her, the bridge will limit the delivery of goods to the Ukrainian ports in the Sea of ​​Azov. She stressed that this region is very important for the transportation of goods "on the way to domestic and international markets."

We will remind that earlier Ukraine called several times to stop the construction of the Crimean bridge. The authorities of Ukraine have repeatedly stated that the construction has a negative impact on the country's economy and prevents the passage of ships to the Ukrainian ports, reports RIA News