The US wanted to strangle Russia, but destroyed Saudi Arabia 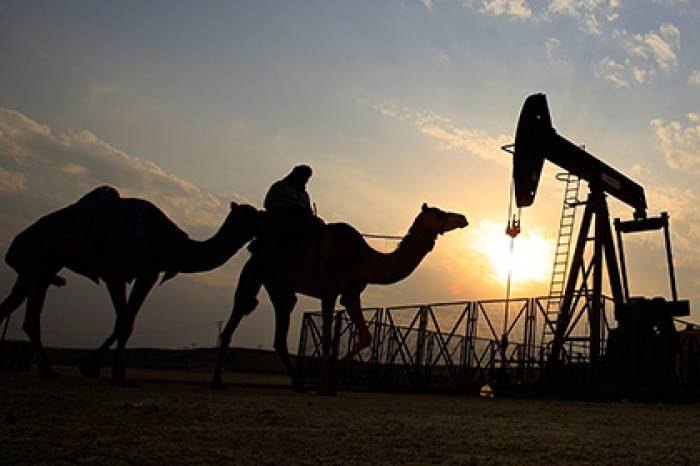 In Saudi Arabia, five-star hotel Ritz-Carlton began to produce "prisoners". Not for nothing, but for ransom. 65-year-old Prince Mitabah bin Abdallah was one of the first to have freedom. It cost him "only" 1 billion dollars. To many of his fellow prisoners this will cost much more.

In total, the authorities plan to confiscate about 800 billion dollars to the treasury, 100 billion of which, according to Crown Prince Mohammed bin Salman, the arrested people have already agreed to pay.

History with the conclusion of dozens of members of the royal family, officials and billionaires of Saudi Arabia began with the help of US intelligence, who opened a plot against the king and gave him information about the plans of the conspirators.

Most likely, the conspirators were simply betrayed by the Americans themselves, who thus helped to solve two problems at once for the still living King Salman. Firstly, he received an excellent excuse to get rid of competitors to the throne, and secondly, it could possibly postpone for several years the bankruptcy of the world's greatest oil kingdom, which until recently no one believed.

Exactly one and a half years ago, I was assessing the prospects for the Saudi economy: Saudi Arabia is moving to disaster.

Today we have to state that the situation is developing according to the moderately pessimistic scenario.

Saudi Arabia - a potential bankrupt. No, not today or even tomorrow, but the economic model built over the past decades is guaranteed to lead the kingdom to such a sad result. The budget deficit of a country whose residents are accustomed to refusing themselves and multiplying at a speed inconceivable for the world has in recent years reached 100 billion dollars.

This is 20% of the country's GDP, an unthinkable value for any economy in the world. There are three reasons for this situation.

The first and most important is the fall in oil prices, the main wealth of the country. Today, 90% of the kingdom’s foreign exchange earnings comes from trading in oil and oil products, and therefore a sharp drop in its prices in 2014 a year at once brought down the treasury's income. As a result, the budget hole began to grow rapidly until it became catastrophic.

The second is the war in Yemen. It costs tens of billions of dollars annually. The kingdom has to not only buy large quantities of military equipment and ammunition, but also actually maintain with its own money and the Yemeni regime it supports and the army of mercenaries that this regime is designed to protect.

The third cause of problems is the government's policy of artificially maintaining the living standards of citizens and the rapid growth of the population. Saudi Arabia is in fact a patchwork kingdom, in which there are many dissatisfied people and that the founder of the country Abdul-Aziz Al Saud gathered 80 years ago with “fire and sword”. There are many dissatisfied, and every year they become more and more. They all have to caulk their mouths with government handouts, and this is expensive.

So expensive that the feet of the Saudi camel (economy) buckled.

Initially, the Saudi princes hoped that the period of low oil prices would be short-lived, and their gold-cushion pillow, created in obese years, would be enough to go through a difficult period.

But the year gave way to a year, the deficit became increasingly “scarce”, and there was still no gap at the end of the tunnel. The gold exchange cushion is steadily losing by 11% per year and today it has already become much less than 500 billion dollars. 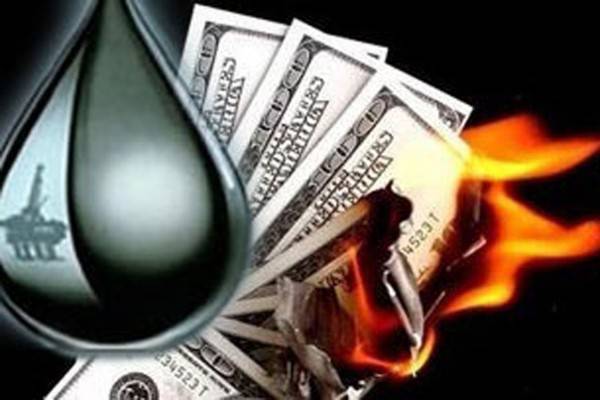 Riyadh had very much hoped that the OPEC + plan and a sharp cut in spending would help stabilize the deficit situation, but so far the rate of decline in reserves has not fallen, and it became a big surprise for the country's leadership.

At the same time, Saudi sovereign funds massively sell stocks and withdraw money from Western, primarily American, markets. And all this is going to reduce the budget deficit and the financing of the colossal economic restructuring program launched by Crown Prince Mohammed in 2015. Its goal is to increase the gross output of the country's non-oil sector by three times by the end of 2020. But 2017 is already ending the year, but there is no progress yet. For almost two years of operation of this program, no noticeable growth has been observed in these sectors, and this was the second major failure for the ruling regime.

Also, the plan to improve the country's financial situation by selling part of the shares of the country's main national property also failed. Several years ago, Riyadh announced its desire to sell 5% of the shares of the world's largest oil company Saudi Aramco. Initially, Riyadh estimated its assets at 2 trillion. dollars. Thus, 5% of shares could give the kingdom up to 100 billion dollars. 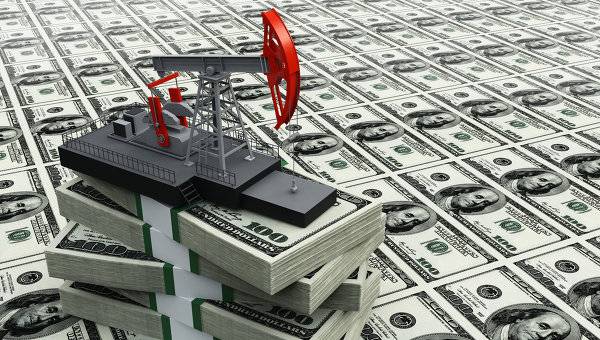 But they did not want to give such money without an international audit, and the kingdom postponed everything and postponed the date of its holding. And then completely abandoned him, as well as from the idea of ​​placing shares on foreign sites, which immediately caused a logical skepticism of specialists.

The fact is that the main value of the company is the residual reserves of Saudi oil. There is great doubt that their number corresponds to the huge numbers that Riyadh has been drawing for many years. The refusal to pass the audit only increased the distrust of them, and therefore analysts at The Sanford C. Bernstein & Co in March this year estimated the value of Saudi Aramco at 1 trillion. dollars, and analysts from Wood Mackenzie at the beginning of 2017 generally stated that the real value of the company is no more than 400 billion dollars. If you sell a 5% stake based on this figure, then the country's budget will be able to bail out only $ 20 billion, which in no way can save the "greatest" of the oil kings of our time.

In general, the plan to replenish the country's budget through the privatization of the kingdom’s main cash cow failed, and it was time to launch a new plan, codenamed “Expropriation”.

The reserves of Saudi Arabia are rapidly melting. If nothing changes (that is, the price of oil does not rise at least to $ 70 per barrel), then the gold and foreign currency reserves of the country will last for another five or six years. Approximately the same "hold out" and its sovereign funds, which still need to be able to pull out their money from the US "securities". Today they sell the most liquid assets with which everything is simple, there are buyers for them. And then it will be more difficult, it will be necessary to sell the rest either at a big discount, or gold reserves will melt faster than the current pace and the collapse of the Saudi Arabian economy will come sooner.

As it turned out, is not an outlet for the kingdom and the sale of Saudi Aramco. Nobody gives much money for it, and Riyadh is not ready to part with its main asset for a “penny”.

To try to delay it, Saudi Arabia urgently needs to stop the war in Yemen. But Iran, which actually leads it there, is well aware of the problems of Riyadh and does not intend to go to the world. Whether Russia wants to act as a mediator here is a big question. She will have to somehow be convinced of this. And this with the pro-American course of Riyadh is very difficult.

In general, we can say that the plan to strangle Russia with a low price for oil failed. Today Moscow has already coped for the most part with its problems and is optimistic about the future, but Washington's main ally in the region has apparently received a fatal blow to the breath and can not recover from it. 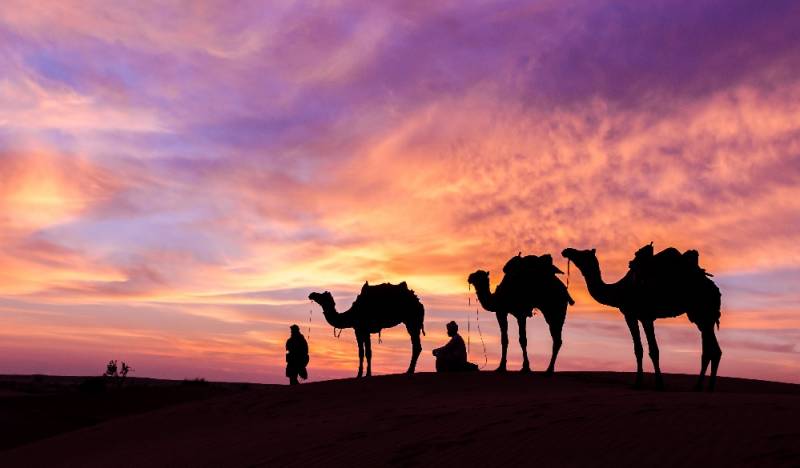 It remains the last resort - to dekulakize the Saudi princes. And if this plan fails, then in Saudi Arabia you can put a big and fat "cross." Rather, the "crescent".

Ctrl Enter
Noticed oshЫbku Highlight text and press. Ctrl + Enter
We are
Giveaways with enemiesTime to change the heir. Qatari crisis as a cover for the struggle for power
Military Reviewin Yandex News
Military Reviewin Google News
76 comments
Information
Dear reader, to leave comments on the publication, you must to register.