In Russia, they intend to show a Ukrainian film about “heroes” -Nazis from the “Right Sector”

November 29 2017
55
From 6 to 12 December in Moscow, St. Petersburg and Yekaterinburg, the festival of the documentary film “Artdocfest-2017” will take place, where the Ukrainian film “War for Peace” will be shown. 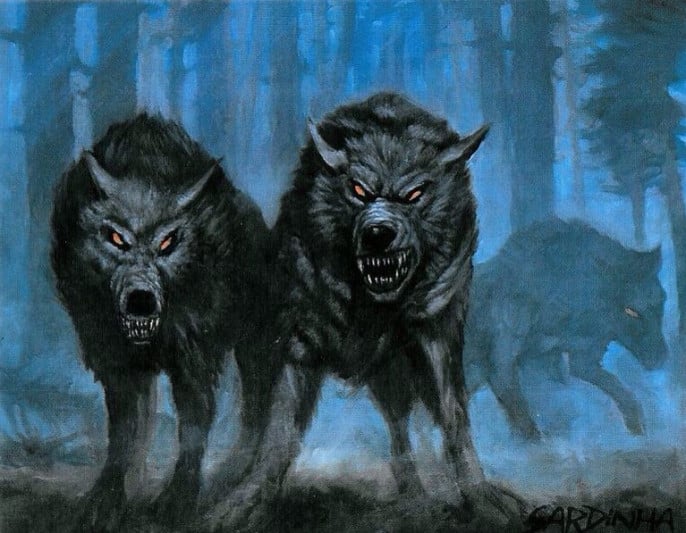 The film tells about the "heroes of the ATO" from the "Right Sector", which protect Ukraine from Russia, directly designated as the aggressor country.

«History about ordinary people who volunteer to protect the integrity of their country. Filming in the hottest points of eastern Ukraine in 2014 – 2015 Many participants of the film are no longer alive ... ", - said in the film's announcement on the festival website.
The film was directed by Yevgeny Titarenko, a year who fought in the Hospitaller battalion of the Right Sector banned in Russia, and also included in the list of the most beautiful ATO fighters 10.

In Russia, the film is distributed through the network "Karo-film". The director of the film was in the Hospitaller Battalion, which was part of the Right Sector defense training center. The Hospitallers is a medical battalion and for some time was headed directly by the founder and ideologist of the PS movement, Dmitry Yarosh.

The list of “Partners of the festival” includes: “Mikhail Prokhorov Foundation”, radio stations Ekho Moskvy and Radio Liberty, Internet TV channel Dozhd, Novoye Vremya, Novaya Gazeta, Present Time, Medusa ”, As well as the Yeltsin Center, the Estonian Embassy in Moscow, the Government of the Netherlands, the Polish Cultural Center, the Czech Center and the Center for the Promotion of German Films German Films.

We need to realize that the film, glorifying ukronatsistov at a film festival in Russia, “the innocent dead of the Nazis in the so-called Battle of Stalingrad,” the Yeltsin Center, the Wall of Sorrow, the liberals' statements about the need for Russia to surrender are links in one chain.

And these are the edges of our reality, which sooner or later will still have to be changed, because she herself will not stand on rotten legs.

The film about the “heroic pravosekov” - this is after all the slap in the face not only to those people who were freezing and dying in the trenches in the Donbas and not only to the people who took the last penny from themselves in order to help the militiamen, or were broken by volunteers, or sent to the Donbass blankets and stew.

This is a slap in the whole system: “And we can do this to you!” This is not the first slap in the whole festoon of such slaps that weighed the system in the last few months or weeks. That is, it is demonstratively and visually demonstrates to us that it is possible to do this and that, and this way, and that way - and nothing will be for that.

The question arises: why nothing will happen?

And if this value is the 27 of millions of lives that the war claimed, so so what? And this is the price, and it can be put up for sale.

In recent times, I am even more surprised by others. news. About how suddenly, here and there, cooperation with our Kiev “partners” is established, here and there some kind of economic negotiations begin.

It turns out that in Ukraine the branches of our banks are still not closed. It seems that the notorious "Right Sector" fought with them, pointed them to the door - but no, no one aimed at any door. And we are waiting for the extradition of a person caught in Ukraine on our order, having attempted to interfere with Paul Khlebnikov - it means that some kind of cooperation between law enforcement agencies along an unknown public line continues.

In short, it is impossible to observe all this without remembering the Russian proverb about the fighting panah and slaves. The gap between the panes and serfs with each new slap in the face, with each such new antics, with each such new action, of course, becomes an idea, more and more obvious to the masses.

It is not known when quantity goes into quality, but sooner or later it goes, quality cannot continue indefinitely.

It is also important to note that the partners of the Artdocfest-2017 festival are Ekho Moskvy radio station, which is funded by the state-owned Russian company Gazprom; this is Radio Liberty, which is funded directly by official America; this is the Dozhd TV channel, which is funded on the same principle as Ekho Moskvy; this is the Yeltsin Center (the organization also exists at the expense of the Russian budget); These include the Estonian Embassy in Moscow, the Government of the Netherlands, the Polish Cultural Center, the Czech Center and the Center for the Promotion of German Films around the World German Films.

It is high time to understand that the International existed and exists not only among the united working people (whom we liked to blame for the fact that they don’t know their Homeland, they don’t like the soil).

And the “Right Sector”, which shoots people in the Donbas, does not shoot at Russian people - there it is impossible to distinguish people on one and the other side of the front line in terms of racial or ethnic, chromosomal. They are the same people, civil war is going on there. Pravoseki shoot at the "scoop". Why do ukronatsisty say - Colorado, scoops, quilted jackets?

They shoot in rags, rags, which remained from the Soviet world.

And Stalingrad is exactly the same gigantic rag stitched by Soviet threads, sewn to our hearts. And these threads must be worn away, this rag must be torn out.

And in the same battalion march our own nationalists. They are no different from the "Right Sector", so many of them went to fight in the Donbass on the side of Kiev. And so many sympathize with them in Moscow.
What is happening now with us (not only a daring prank with a Nazi film or a stunning action of a schoolboy in the Bundestag, but in general) is a series of progressive humiliations.

They are like micro-explosions. When a building should collapse with a directional explosion, not healthy charges are laid under the foundation, but small charges that gradually build up the building on the floors - such is the technology of industrial dismantling.

The situation is reminiscent of how Yugoslavia was dismantled in its time. I came into contact with this and literally saw the exploded country cool before my eyes. There was exactly the same cry from edge to edge: "Forgive us, tsar Karageorgievich, forgive us, Orthodox shrines, we trusted the damned-cursed communists and destroyed holy Serbia."

Similarly, many times in many different ways - by treason of officials, by antics of journalists, installations and public provocations, which were called “art” - insulted dying Yugoslav statehood.

I know that smell. Atmosphere of fear before a flock of licked, saliva-losing wolves finally pounce on the victim. I feel this atmosphere and this smell here today.

In my opinion, the concept on which the Soviet society, the Soviet state and Marxism-Leninism in general as a whole was based is correct.

It consists in the fact that there are about a dozen or more puppeteers who are constantly fighting among themselves. And these puppeteers are very well known. I, like lousy about the bath, will repeat the same thing, no matter how they formulated the question - it is capital.

Everything that happens is profitable for capital. As national capital, which grew in Russia and is becoming increasingly chauvinistic and drifting towards fascism, as well as in Ukraine, and transnational capital.

When a pack of wolves rushes at the tired and bloodless sacrifice - what puppeteer leads these wolves?

Each such fact should serve as a powerful warning, an alarm for all other people. No matter what clothes you wear (you can take a Tatar mullah, you can come up with some Buryat tao) - none of them can wash it off: you are Soviet.

You will still be a quilted jacket, a colorado and a scoop, whatever you do. Even if you are 19 years old. And, therefore, you are part of the intended for the final massacre, the murder of society.

Technically, we should understand that the film did not end up on the festival for a reason. In order for this film to be included in the program, there is always a competition commission that approves each film, reads the annotation to it, at a minimum, and sometimes watches a preview.

Accordingly, here one kind of punitive action by the state will not change anything. This festival will not work - another will.

Not a festival - so something else will happen. It is clear that these are metastases that have entered the body, and they cannot be extracted from there one by one. And in this I see the main tragedy of the situation.

Ctrl Enter
Noticed oshЫbku Highlight text and press. Ctrl + Enter
We are
Konstantin Semin: Russia is prepared for a large meat grinderOn the other side of the “red” and “white”. Izborsk Club Report
Military Reviewin Yandex News
Military Reviewin Google News
55 comments
Information
Dear reader, to leave comments on the publication, you must to register.