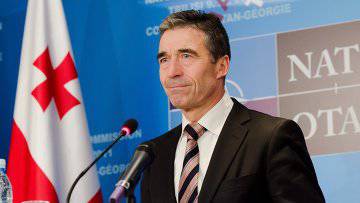 The decision to conduct the exercises was made in Lisbon at the summit within the framework of the RF-NATO Council in November 2010.

These were computer exercises, we did not shoot down rockets, and they were based on a completely fictional scenario. But it was a good opportunity to develop, explore and evaluate various options for providing missile defense in Europe, and I am extremely pleased that this was done, the NATO Secretary General said.