November 26 2017
73
Russian senator Alexei Pushkov commented on the proposal of the President of Ukraine Petro Poroshenko to introduce responsibility for the non-recognition of the famine, reports RIA News. 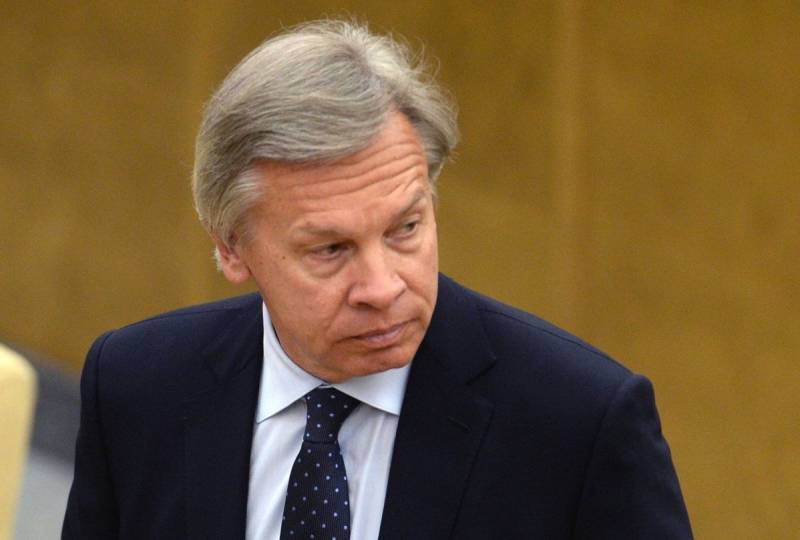 The senator pointed to the paradox of such statements by the current authorities, who glorify the Ukrainian collaborators.

Poroshenko conceived a law on non-recognition of the Holocaust. Apparently, I forgot that in the Ukrainian Holocaust in Babi Yar, the “heroes” of today's Ukraine participated,
wrote a politician on his Twitter.

Earlier, Poroshenko called for a law on responsibility for the denial of the famine, comparing it with the Holocaust. In addition, the President of Ukraine expressed his desire that Russia “repent” for the famine.

Recall that in Ukraine there is a law that recognizes the famine of 1932-1933 as “genocide of the Ukrainian people”. In Moscow, Kiev’s actions are perceived as an attempt to politicize history and sow discord between the two nations.

Ctrl Enter
Noticed oshЫbku Highlight text and press. Ctrl + Enter
We are
Everyday life of the fascist state: Nalivaychenko was going to introduce responsibility for denying the "famine" and ban the Communist Party
Military Reviewin Yandex News
Military Reviewin Google News
73 comments
Information
Dear reader, to leave comments on the publication, you must to register.