November 26 2017
38
Over the past day, the Ukrainian army has released on the territory of the Donetsk Republic 1217 various ammunition, reports RIA News message of the representative of the DPR at the Joint Center for Control and Coordination of the Ceasefire (JCCC). 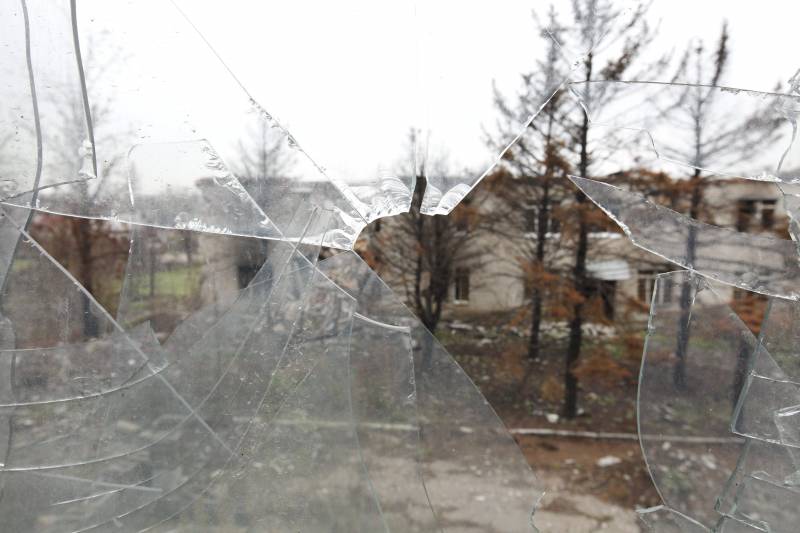 According to him, “in the Gorlovka and Mariupol directions, the Ukrainian security forces released more than 100 mines. Also, the security forces fired on the territory of the republic from grenade launchers, weapons of infantry fighting vehicles, anti-aircraft installations.

The total number of used ammunition APU - 1217 units. In the previous day, the number of ammunition used in the territory of the DPR was 617 units,
added to STsKK.

In turn, the Ukrainian headquarters reported on "15-t violations of the ceasefire by the invaders."

“As a result of enemy attacks, two of our fighters were killed, two were injured, two more were injured in combat,” the message said in a Facebook post.

According to the ATO command, in the Donetsk direction, fire was fired "from mortars of various calibers near Pavlopol, Nevelsky, Butovka mine, Avdeevka and Verkhnetoretsky suburbs."

In the Luhansk area, “the fire was fired from 82-millimeter mortars and grenade launchers on positions in the Novolugansky, Novoaleksandrovka, Stanitsa Luganskaya and Krymsky areas,” the release said.