Syrian opposition in Riyadh: But Assad should still go

November 23 2017
50
In the capital of Saudi Arabia ended the so-called congress of the Syrian opposition. The meeting was held in Riyadh under the auspices of the High Committee on the Negotiations of the Syrian Opposition (VKP). RIA News reports that the opposition adopted a final declaration, which in at least one of the main points fully corresponds to the final declaration adopted on the eve of the heads of the Russian Federation, Turkey and Iran in Sochi. We are talking about the point relating to the territorial unity and immutability of the borders of Syria.


From the report:
They affirmed Syria’s commitment to a multiethnic and multicultural state, in which the constitution guarantees the rights of all national components. The Kurdish question is one of the main issues of the country and it is necessary to stop discriminatory policies. 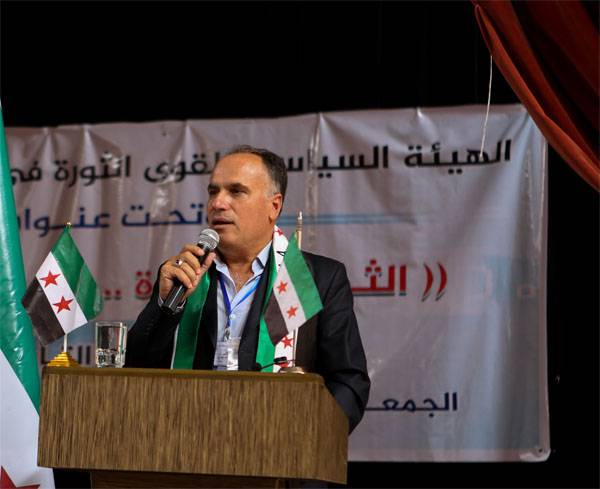 At the meeting, which brought together leaders of the Syrian "moderate" opposition around 150, they also said that the opposition are in favor of a comprehensive peace, in opposition to terrorism. And they immediately added that Iran and pro-Iranian forces must leave the territory of the SAR.

The main question is: where were all these leaders of the “moderate” opposition, when until the complete capture of Syria under occupation by ISIS terrorists (* forbidden in the Russian Federation) remained a few months?