November 23 2017
35
US Department of Defense announces intention to re-purchase light for army Tanks. The US military announced the launch of the Mobile Protected Firepower (MPF) program.


The US Department of Defense officially launched the MPF program and notified the armored vehicle manufacturers about the terms and conditions of the tender. As part of the competition, the Ministry of Defense plans to select two ready-made commercial solutions and to carry out an experimental purchase of prototypes of light tanks. 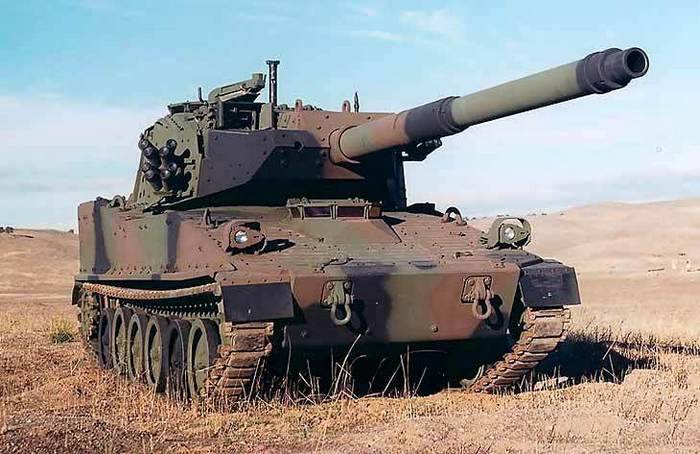 Light tank М8, from which the US Department of Defense refused in 1996 year.
Companies must submit their proposals before 1 in April of the next year. In 2019, the US Department of Defense will select two finalists with whom it will sign contracts for building 24 prototypes (12 from each company). Upon completion of the tests, the winner of the tender will be determined, who will have to build another 54 prototype. At the same time, further volumes of purchases to the Ministry of Defense are not disclosed yet.

Over the past twenty years, the US Department of Defense three times tried to create a light tank for infantry. In the 1996 year, due to lack of funding, the M8 Armored Gun System tank program was canceled, and in the 2009 year, the Future Combat System. The Mobile Gun System program, in which the M1128 wheeled tank was created based on the Stryker armored personnel carrier, also failed, reports "Warspot".