US: US contingent will remain in Syria after the victory over terrorists

November 23 2017
64
American edition The Washington Post comes out with a publication about the plans of the United States in Syria. In particular, it is noted that Washington plans to extend its military presence on Syrian territory even after the Islamic State grouping (* banned in Russia) is completely defeated.


It is noted that the United States will continue to actively support the so-called Syrian democratic forces, consisting mainly of Kurds. 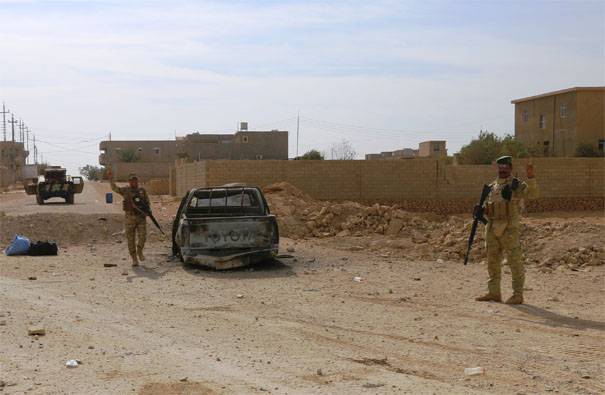 The newspaper also notes that the complete withdrawal of the American contingent "will guarantee the political survival of Bashar Assad as president of Syria." And this, as stated, "will mark the victory of Iran," with harsh criticism of which, and the representatives of the United States.

Thus, in the States, despite all the statements by President Trump and individual representatives of his entourage, they emphasize that the final goal of the United States in Syria is precisely to remove President Al-Assad from his post. All other statements that the United States came to Syria to fight terrorism, are not worth a jigger.

WP notes that the US military contingent, which will remain in Syria after the defeat of ISIS (*), "will be able to guarantee a change of power in the country." Also stated that the US military presence in Syria "will force Assad to make concessions in relation to the Syrian opposition." Is this the one that cuts off the heads of children? ..