The speculative economy is death

November 24 2017
135
In the Soviet Union, electricity cost a penny - in the literal sense of the word 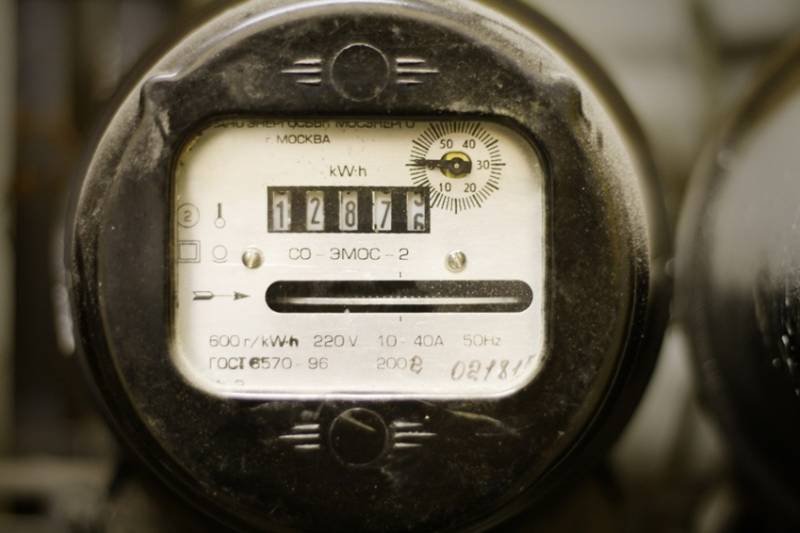 At the same time, the Soviet Union built SUCH number of SUCH power plants, that any construction today compared to that - ashes and ashes.
It is enough to recall how under Soviet rule such powerful rivers as the Volga and the Dnieper, turned into a continuous chain of freshwater seas, thanks to continuous cascades of hydroelectric power plants.
As for nuclear power, the Bilibino NPP was built even in far Chukotka.
At the same time, I repeat - electricity cost a penny.

Today, electricity is worth rubles. Big rubles.
This is despite the fact that the state is investing immeasurably less money in the construction of new power plants than the Soviet Union - basically completing the construction of what was almost already built under Soviet rule.
And why?..
Because the direct producers of electricity - stuck a huge number of leeches, in the face of various companies that do not produce electricity themselves, simply profit from "intermediary" pseudo-services. This, to put it simply - swindlers, crooks, extortionists.
And this huge difference between the prices of electricity of the Soviet era and today’s is not the construction of new power plants. She settles in the pockets of zahrebniki, scammers, who have a place at the camp bucket.

The economy is when people are paid big salaries, pensions, scholarships, benefits.
After all, working his salary, the old man his pension, his student scholarship, the unemployed, his allowance does not drag him to a Swiss bank. They will buy something for this money. So - they will invest in the economy. And the more they will have money - the more they will make purchases. So - more will be the contribution of funds to the economy. Consequently, trade and production will expand, new jobs will appear, wages will increase. Therefore, the number of purchases will increase even more, more funds will be invested in the economy. And so, "in a spiral", up. Money begets money. Paying large salaries, pensions, scholarships, benefits - the state does not lose these funds. It simply shifts them, from one of its own - to another (its own) pocket. At the same time, on the way “from pocket to pocket”, these funds “twist” the economy - just like the current river turns the blades of mills and turbines of hydroelectric power stations.

And vice versa: the less salaries, pensions, scholarships and benefits - the less money in the hands of the population. So - less purchases, less invested in the economy. As a result, trade stops, industry stops, the number of jobs is reduced, wages are cut. This means that there are even less purchases, and even less investment in the economy. And so, "in a helix," down. Lack of funds generates an even greater deficiency.

Money should not be a dead weight - they should be invested in the economy. Money is the blood of the economy. The more blood (money) in the body (in the state) - the healthier the body (the more stable the economy, the more developed the state). At the same time, it is important that the blood (funds) freely reach the smallest capillaries (smoothly reach the poorest and socially vulnerable segments of the population). If you block the free access of blood to the most insignificant part of the body (for example, drag the little finger on the leg with a harness), this will not be a reasonable saving of blood. It will be a madness that will cause infection - capable, ultimately, of killing the whole body. Similarly, if funds are no longer available to the most "insignificant" members of society, this is not a reasonable saving of money. This is madness, which is fraught with grave consequences for the entire state.

If blood accumulates in any one place of the body (that is, if money is accumulated in the hands of a few billionaires), this is a hematoma, nothing good can come from the body (the state).
And if blood is gushing from an open vein in a fountain (that is, if money flows are transferred somewhere to offshore banks), this is a death for the body (for the whole economy and the state itself). The blood spilled on the ground is lost to the body. Money transferred abroad is practically lost for the state. What is the difference - to whom they belong there formally? The main thing - whose economy they "twist" in fact.

Therefore, it is important, it is very important that as much money as possible is given to workers, retirees, students and the unemployed - and as little as possible they remain in the accounts of the oligarchs.
It is extremely important: to teach and treat people for free, invest in a person, try not to break or crush him, but on the contrary - to help him straighten out and become a PERSON, a worthy, self-respecting individual. The contribution of funds to a person is not a whim or an act of mercy. This is the most profitable investment, the most profitable business.

But when the state allows all sorts of crooks to squeeze all the juice out of the population (and not in favor of the state as such, but into the personal pocket of rogues) - this is not the economy. This, to put it mildly - fuck on a stick.

I, in general, support Putin - because I had suffered in the nineties.
But Putin, with all his advantages and abilities, cannot grasp the immensity. He cannot know and understand correctly ALL, without exception.
Apparently, he does not understand that such a basic foundation of the modern economy as electricity is MUST be publicly available. In the sense - electricity should be cheap. VERY CHEAP.
Lenin understood this even more - at the dawn of the electrification of our country, when there were not yet any Dnieproges.
Speculative "services" rendered through third parties are not an economy. This is PARASITIZING.

Of course, all of the above applies not only to electricity tariffs.
In Russia, a large part of the economy (if it is permissible to call it economy at all) is SPECULATIVE.
Just at the moment, we are talking specifically about electricity tariffs - which are formed solely from the bald, strictly depending on the degree of arrogance of speculators, and also depending on how much the local regional authorities allow speculators to roam.

One must understand that simple, elementary truth that speculation is not a business. The speculator is NOT a businessman.
Speculators are scum, rust, mucus, scab, microbes.
Speculation is that in any normal states where a full-fledged economy prevails - it is scraped to shine, uprooted by the roots, it is crushed to the state of a wet spot.

A speculator is a criminal.

In the late USSR, an entire generation of home-grown pseudo-economists (such as Chubais, Gaidar, Berezovsky) grew up, fans of that model of capitalism that was outdated 100 years ago.
The “capitalism” of the Gaidar-Chubais sample is that “capitalism”, according to the canons of which they live in Haiti and in Papua New Guinea.

I often hear the question: "Why is Russia, so huge, so rich in resources, so sparsely populated - so bad, poor lives?"
I answer: Because the Russian economy is a pseudo-economy of the speculative type, in which the direct producer of the product receives much less money than all kinds of middlemen-dealers-speculators. And the consumer has to pay not so much the producers as the speculators as intermediaries.

Have you ever wondered why the Soviet Union in the years of the NEP, as well as China after the start of its reforms, rose as quickly as if by leaps and bounds? Why is today's Russia failing to rise so quickly?
Because the Soviet economy of the times of the NEP, as well as the economy of modern China, is mainly a productive economy. While the pseudo-economy of modern Russia is predominantly SPECULATIVE.
What is called: one with a bipod - seven with a spoon.
At the same time, those with a spoon also interfere as much as they can, with all their might, the one with the bipod.

And as long as this system does not fundamentally change, as long as speculators in Russia are in the front ranks, in pride and honor, Russia will not be a great economic empire.
Here is China - really became the Great Economic Empire.
Japan, South Korea, Germany are actively pursuing this.
And Russia, with all the enmity of its leadership, today is just a noticeable regional power. And nothing more.
Of course, any Ukraine, Georgia, Honduras or Guatemala - live even worse. But this cannot be a consolation or an excuse for us.

Russia will become a real empire only after it becomes an economic empire.
And it will become an economic empire only after its leadership realizes that speculative capital is a weight on the feet of the state.
Or, after an unconscious, unaware of elementary things leadership - will be pushed aside by those who understand the basics of the economy.
A speculative economy is the way to the abyss.
In an economic EMPIRE (as opposed to an economic COLONIA), the economy must be PRODUCTIVE.
In honor should be the one with the bipod.
And those with a spoon should be in the pen.

In the Soviet Union, dissidents offended snuffled: "Something physicists in honor, something lyricists in the pen ..."
However, in fairness it should be noted that it was physicists who created something tangible. And the lyricists only bleated: “Let’s hold hands, friends ...” And at the same time, they didn’t hurry to hold hands ...

In general - the economy is the basis of everything. Being determines consciousness.
And our economy today is wrong.

Ctrl Enter
Noticed oshЫbku Highlight text and press. Ctrl + Enter
We are
A great interview with Sergey Lavrov: about Ukraine, Obama and IranWhat you didn't want to know about England
Military Reviewin Yandex News
Military Reviewin Google News
135 comments
Information
Dear reader, to leave comments on the publication, you must to register.