November 21 2017
55
The Ukrainian Foreign Ministry delivered a statement to the Russian Federation. The Ukrainian side demands from Russia to cancel the decision on conscription to the Crimean people.

The Ministry of Foreign Affairs of Ukraine expresses a strong protest in connection with the call of the Russian Federation for military service of Ukrainian citizens living in the temporarily occupied territory of the Autonomous Republic of Crimea and in the city of Sevastopol
- said in a statement. 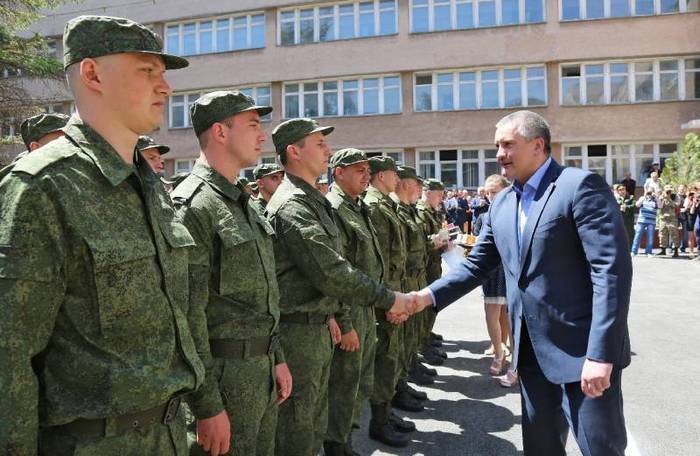 The Foreign Ministry of Ukraine recalled that the draft resolution, which was adopted on November 14 in the UN, "calls upon the Russian Federation to appropriately:" to cease the practice of forcing Crimeans to serve in the armed or auxiliary forces of the Russian Federation. Earlier, the Third Committee of the UN General Assembly on social, humanitarian and cultural issues adopted a Ukrainian draft resolution on human rights in Crimea.

In April, the 2017 of the year, the Ukrainian Foreign Ministry was protesting against the conscription for military service in the Crimea, since, according to Kiev, it contradicts the norms of international law.