Cinema The series "Sleeping": it could be worse

November 23 2017
35
Of course, the series is not a movie, but since we decided to disassemble everything that comes out on screens on our topics, we didn’t go past “Sleepers”. 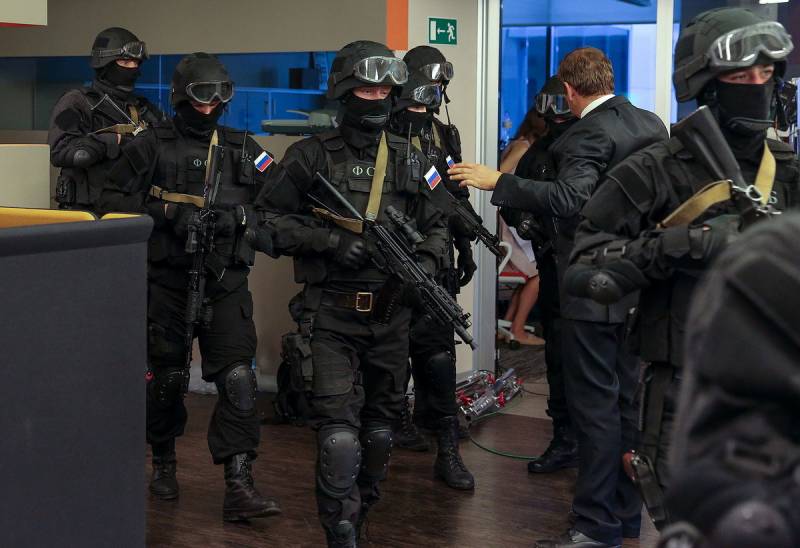 Now, when the passions have subsided, the director Bykov sprinkled ashes on his head and publicly repented before the intellectual stratum in his deed, and the author of the script Minaev actually sent all the disgruntled to hell, on the eve of the second season you can talk about the first one.

The shock three - Minaev (screenwriter), Bykov (director) and Bondarchuk (producer) - filmed a generally good series. The word “suddenly” is very suggestive, because yes, we have something more or less edible in general, goes exactly in this way.

The series tells about the former graduates of MGIMO who were recruited by the CIA, who in 2013 were trying to unleash the Maidan in Russia according to the Ukrainian script on the instructions of their American boss. Naturally, they are opposed by the FSB. With varying degrees of success.

The “party from MGIMO”, which we call liberal in real time, has caused a series of hysteria with the transition to personalities. Hysterical is quite fair, many personalities are guessed.

In general, the series turned out, of course, not “TASS is authorized to declare,” but rather well. But there are nuances.

From the strengths of the series, I would like to note a pretty good dynamics. The attitude towards Russia in the liberal get-together is well shown, just the way we are used to watching. Negligent and down upon. Spitting. “This country”, “there will never be anything good here”, “damn scoop” and so on. It is immediately obvious that Minaev and Bykov had the opportunity to observe this crowd from the inside and studied it very well.

Worthy of applause is how using in principle quite good people “in the dark” by inflating hatred and discontent over and without it. Lack of democracy, Western way of life, “bloody gebnya”, corrupt politicians. Well-known set, nothing new, but shown quite well.

And, of course, the work of bloggers, human rights activists and other elements.

Yes, and in the direction of the Americans, deciding their interests by any means, there were several excellent attacks.

In general, many things are shown truthfully and accurately. Not the best components of our life today, but nonetheless.

There is, unfortunately, in the series, and the place is already familiar to us stupid. For the usual audience of Channel One, everything is fine here, but for a person a little knowledgeable is a quiet horror.

Of course, the main audience does not care that the main character jumps through the structures like a jumped dragonfly. An undercover scout in Libya is, I am sorry, the land of the SVR. As well as illegal at the end of the series. And the operative and the investigator is still the FSB.

Okay, forgive the authors complete illiteracy, but could one invite consultants? Or people everything shvaivaet?

In general, everything connected with the work of power and intelligence structures causes, if not disgust, then an understanding of what has been done by amateurs.

Again, the series claims that in Russia there is a censorship system that restricts freedom of speech in the press, and the FSB controls this system.

Well, bravo ... I, apparently, live in some other Russia. In the one where a bunch of liberal media, including in the zomboyaschik, freely distributes any nonsense against Russia, and no restrictions are applied to them. Unfortunately.

The script itself is fun. Starting from the main character and ending with the “poor Russian people” somewhere out there, behind the scenes.

Of course, secret talks about signing a supercontract for the supply of gas in Libya standing on the ears - this is a masterpiece. The fact that the treaty is interstate does not stop anyone. And there is no better place than Libya, torn by civil war, on the planet there is simply not and cannot be.

In general, the whole series is crammed with such misunderstandings. But it keeps people completely unintelligent in good shape, those who understand have something to openly laugh about.

Of course, if we are talking about a spy series, without corpses anywhere. There are enough corpses. The main miner vrazhin Lena is working tirelessly. Removes all. But in general, the authors do not burn with special love for the heroes. So lovers of quick change of characters here have something to sit on. And the list of methods of destruction is impressive.

It is clear that the FSB is working very poorly. Some Ivan-Evans, who seems to be a journalist, although he is the main spy, is doing his service without straining too much. And his killer Lena is just superman in terms of efficiency.

I don’t know if Western intelligence agencies have such talented workers, but that the FSB doesn’t really cope with its work — that’s a fact. If you believe the show.

But in fact, only the FSB and opposes the enemies, accomplices and liberals in Russia. Sad of course.

It seemed very strange that diplomats in the series all hate Russia completely. Even amazing.

In general, such absurdities car and small truck.

The ending of the same series frankly blurred and incomprehensible. Either Bykov realized that he obviously went in the wrong place and now he will be beaten by his own, or Minaev was preparing the groundwork for the second season. And all those who could (who at the time of graduation is not in prison or already all) sent to Ukraine. Marked the next scene.

Nevertheless, the authors were able to show maybe a somewhat ungrateful state machine (and where is it different?), And patriots who love this country even like that.

That, in principle, is true.

But even despite the terrible amount of blunders and inventions, the series turned out to be quite good. The main thing is that the mechanism for creating “velvet revolutions” and the role (both possible and real) of our liberal party are well shown.
Against the background of the main garbage stream, erupting from the TV screens, is quite so patriotic and quite vital to itself, if not go into details.

So really - it could be worse.