DNR: in the Donbass situation is close to the "point of no return"

November 18 2017
76
The situation on the contact line in Donbass is close to disrupting all agreements, said the head of the self-proclaimed Donetsk People's Republic at the joint center for monitoring and coordinating the cease-fire regime Ruslan Yakubov.


According to him, Kiev constantly promises to observe the cease-fire regime, but all these statements are absolutely populist and made only for Europe. 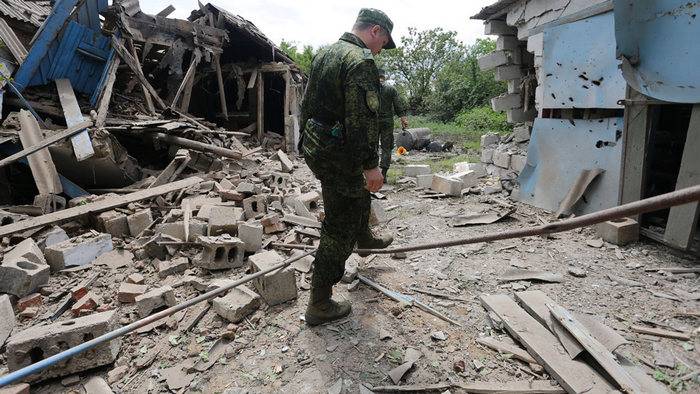 The third month of truce is underway, and even the basic conditions have not been fulfilled by Ukraine. In addition, the Ukrainian side regularly violates the silence regime: the MLRS, heavy artillery and armored vehicles are used.
- declared Yakubov. Trust in Kiev falls every day, he added.

The situation is close to failure in the "corkscrew". If you do not return the dialogue to the political channel, there may come a point of no return.
- I am sure the representative of the DNI.

On the eve, the OSCE Special Monitoring Mission warned of the risk of exacerbation of the situation in Donbass and called on the parties to the conflict to stop shelling. In just a week, the OSCE recorded more than 6 thousands of cases of ceasefire violations in the Donbass, reports RIA News