Off the coast of Argentina lost the submarine

November 17 2017
52
Fighting submarine "San Juan" Argentine Navy disappeared off the coast of the South American country. Onboard are the crew member 44. This is stated in the message of the Navy in Twitter. 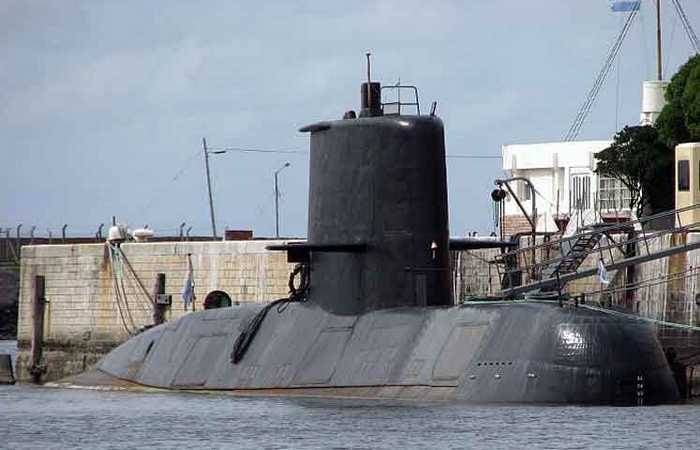 The submarine stopped communicating on the way from the port of Ushuaia to the city of Mar del Plata (the base of the Argentine Navy submarines). Planes and ships were sent to her search. They are in the area where it was recorded last time.

The missing submarine was built in Germany, she entered the Argentine Navy in the 1985 year. The length of the submarine reaches 66 meters, it reaches speeds up to 25 nodes.

Ctrl Enter
Noticed oshЫbku Highlight text and press. Ctrl + Enter
We are
China expands its amphibious capabilitiesAnd about. The head of the Ministry of Internal Affairs of Ukraine announced the beginning of the military operation in Slavyansk
Military Reviewin Yandex News
Military Reviewin Google News
52 comments
Information
Dear reader, to leave comments on the publication, you must to register.