OSCE: the process of breeding forces in the Donbass stalled

November 17 2017
18
The process of breeding forces and assets in the Donbass has stalled, a special monitoring mission (SMM) of the OSCE fixes violations, Alexander Hug, first deputy head of the OSCE SMM in Ukraine, said at a briefing on Friday. 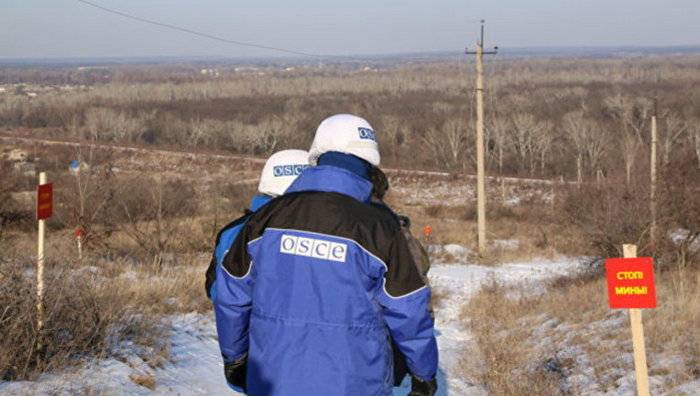 The process of breeding of forces and means, which is one of the key elements for ending the spiral of violence, according to our observations last week, is far from complete implementation. In fact, the breeding process has long been stalled.
Said Hug.

According to his information, there is no progress on the site in the Stanitsa Luganskaya, and violations are periodically fixed on the other two agreed sites for building fires.

In just a week, the OSCE recorded more than 6 thousands of cases of ceasefire violations in the Donbas, Alexander Hug added.

According to him, about 40% of shelling were recorded in the Avdeevka area (under the control of the security forces), Yasinovataya and Donetsk airport (controlled by the militia).

Ctrl Enter
Noticed oshЫbku Highlight text and press. Ctrl + Enter
We are
OSCE SMM announced an imminent escalation of the conflict in the DonbassOSCE: Since the beginning of the year, 345 civilians have suffered in the Donbas, of which 62 have died
Military Reviewin Yandex News
Military Reviewin Google News
18 comments
Information
Dear reader, to leave comments on the publication, you must to register.