In fact, the institute of the district police existed in the Russian Empire, and only then the district police officers were called near-warder supervisors. However, the service of police guards and modern precinct still differed. For example, in small towns and villages there were no guardians around the guards, and in large cities there were two policemen behind the neighborhood guards. Near-guard overseers had subordinates: policemen and street sweepers (who, as you know, also performed police functions at that time). In Soviet times, the service of district wardens (later renamed authorized) was modernized. Each precinct was assigned either a plot of a settlement, or (in the case of rural areas) several small rural settlements. The image of the Soviet district police officer was romanticized in many works of art, in famous films about the district police officer Fedor Aniskin. 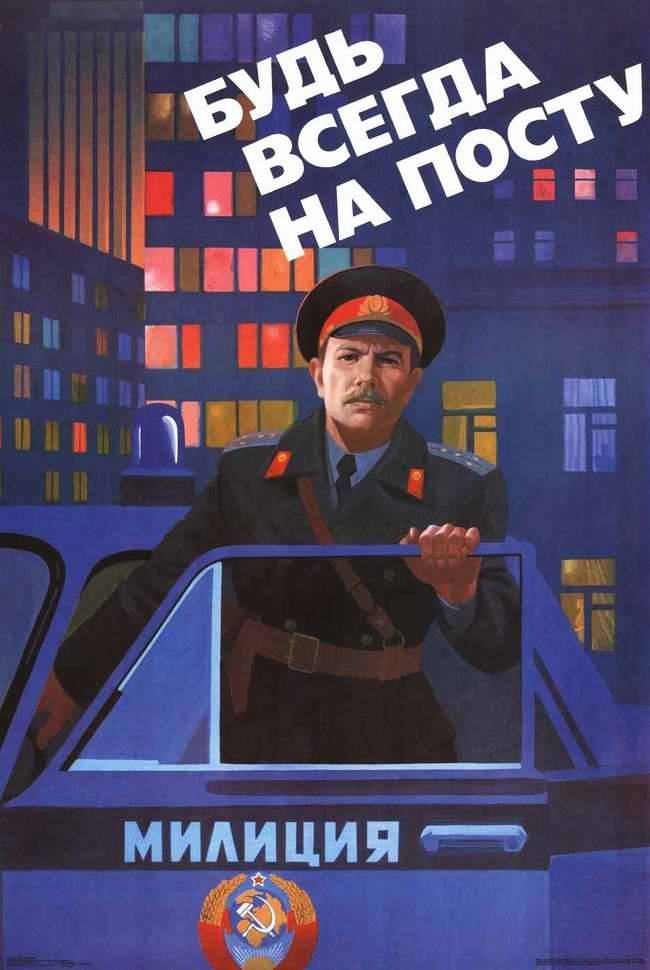 Indeed, a lot depended on the district police officer during the Soviet era. A good precinct was a real acquisition for residents of the territory under his jurisdiction. Older generations still remember true professionals, who knew all the inhabitants of their area, were aware of the numerous problems of citizens, helped them take the path of correcting the released prisoners and prevented young people from entering the path of criminal activity.

The district police officers disclose a huge number of crimes, both in the area of ​​the public security police and the criminal police. Of course, the bulk of the work of the district police officers gives an analysis of the statements of citizens, including the facts of violation of public order, their legitimate rights and interests. Petty hooliganism, alcohol use in public places, drinking and drinking, fights, family scandals, antisocial behavior - the precinct police officer has to deal with all this.

In rural areas, the district policeman actually represents in his person the entire law-enforcement system of the state, often responsible for the rule of law in several localities at once. Rural district has to perform the functions of many police services at once. At the same time, the regional department, especially if we take areas east of the Urals, may be very far from the place of service.

We all know that the district police officer is the police officer that an ordinary citizen has to deal with most often, and on many domestic issues. The service of district officers takes place in direct interaction with the residents, covering a variety of issues. A local police officer is both a patrol officer in his area, and “operas”, and an investigator. He is obliged to know everything about the jurisdictional territory and its inhabitants. Ideally. In practice, unfortunately, this is not always the case. After all, in the service of the district police - perhaps the largest "turnover" of personnel in the Interior Ministry. Many district police officers, having worked for several years “on the ground,” are trying to transfer to other units with a lower level of workload. 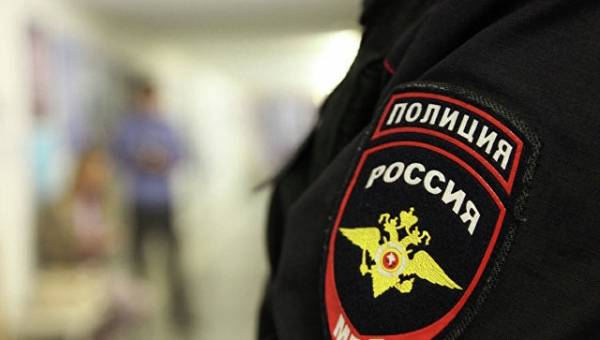 The lack of personnel affects the performance of the district police officers. In some areas, instead of 20-30, a person can work as a 5 precinct person. In the 9 months of the current year alone, the district commissioners reviewed 6 million citizens' appeals. In general, each precinct has a precinct with a population of 3100 people, but in practice the number of residents in the territory under their jurisdiction is much higher, since many precinct have to combine duties in other districts where the position is vacant.

One can imagine what their load volume is and how difficult it is to cope with this volume. Moreover, the district police officers are often assigned tasks uncharacteristic of the police, for example, helping military commissariats to search for citizens evading activities related to conscription, finding and detaining deserters from the armed forces, and assisting bailiffs. All these activities take the precious time of the district police officers, distract from the main burden of crime and crime prevention, and conduct inquiries.

However, there are also such policemen for whom their service by precinct policemen is a real vocation. Every year, the Ministry of Internal Affairs of Russia holds a “People’s Precinct” competition, in which the most deserving district police officers from all regions participate. Unfortunately, the man in the street distributes the shortcomings and mistakes that occur in any human activity to the whole service of the district police officers. Claims to the policeman arise on any occasion - neighbors rustle, alcoholics or drug addicts live, young people gather in the evenings. The district police officer is expected to be able to solve any such problem as a wizard, although in reality the police are constrained by Russian law. But on the real exploits of the Russian police are rarely spoken. Meanwhile, the precinct commit them regularly and do not see anything heroic in it. Such is their service - to help people. 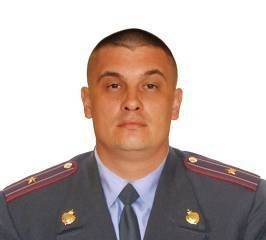 2013 year. The senior district police officer of the Police Department No. 3 of the Russian Interior Ministry’s Directorate for the city of Rostov-on-Don, Police Major Viktor Nizelnik, is on night duty. Habitual case for an experienced cop. Suddenly, the major saw a car driving at high speed to a passerby crossing the roadway. Victor Nizelnik reacted instantly - he rushed to the pedestrian, pushed him to the side, managing to save the car from impact. But the policeman himself was hit by a car. Major Nizelnik was taken to hospital. Traumatic brain injury and a broken leg - these are the consequences of the noble deed of the Rostov district police officer. This is only an episode from the long years of service of police major Viktor Nizelnik. The precinct authorized Nizelnik serves a very difficult area of ​​Rostov-on-Don - the “old center” section, where a significant part of the housing stock are real slums with a corresponding contingent of residents. It is not uncommon - drunken quarrels, family scandals, many dysfunctional families.

Local police officers, by virtue of their official duties, always interact directly with such a contingent. They are obliged to know all the “doubtful” persons in the territory under their jurisdiction, to carry out preventive work with them, to monitor how the adaptation of yesterday's prisoners released from places of detention takes place. Sometimes even a call to a banal family quarrel can turn into a real tragedy. So, on November 14, 2017, in the Nevelsky district of the Pskov region, a man shot two district police officers. The police arrived on a call about a family conflict, but the man - the culprit of the scandal shot both district police officers, after which he shot himself. Such cases, unfortunately, are not uncommon - there are many people in our society who abuse alcohol or drugs, with a shaky psyche. So, 13 May 2016, the administration of the village of Fedorovka, in the Neklinovsky district of the Rostov region, went 67-year-old pensioner, armed with a sawn-off shotgun. He shot the deputy head of the administration of a rural settlement, mortally wounding an official. The noise came 48-year precinct police commissioner Alexander Obidenko. Fedorovka is a small town and everyone here knew each other. The district policeman was respected by all the villagers - he was his man, he served in the internal affairs bodies for sixteen years, and he lived there in Fedorovka. But the pensioner, who had already shot an official, decided that he had nothing to lose and shot a police officer. Alexander Obidenko died.

Police Major Stanislav Nikolaevich Shobokholov in 2017 was nominated for the title “People’s Precinct” from the Irkutsk Region. He has eleven years of service in the internal affairs agencies, including a trip to the “hot spot”. And Major Shobokholov began his service by detaining a drunken rowdy who beat his wife and, armed with an ax and a knife, barricaded himself in his own home. Then the efforts of the district policeman prevented the tragedy, and the bully went to the colony for attacking a police officer and beating his wife.

In January, 2017, in Sochi, senior police officer, police major Vladimir Novikov, helped the family get out of the burning house. Risking life and health, the precinct saved a whole large family. And at this time the major was not in the service, but was visiting friends. Together with his comrades, he carried out three children and a mother from a burning house, and then, returning to an apartment filled with flames, he carried out and the unconscious father of the family. The major decided not to tell anyone about his act, and the management learned about the heroism of his employee by chance. The lives of many Russian precinct are filled with such feats, some of them have tens of people.

Osinniki. A small town in the Kemerovo region. Senior police officer, police major, Zurab Dzneladze, saw an attacker pulling a handbag out of a woman’s hands at a public transport stop. The policeman responded instantly - he rushed to the criminal, but the robber took out a knife and managed to hit the district police officer. Despite the injury, the 53-year-old police major was able to twist the assailant and take him to the police station. Only after delivering the detainee, the major noticed the blood on his uniform and realized that he was wounded. 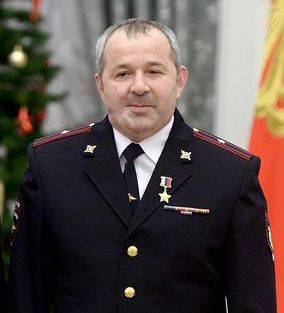 Many Russian precinct have passed the "hot spots" of the post-Soviet space, in the first place - the fighting in the North Caucasus. In the North Caucasian republics, district police officers are at the forefront of the fight against terrorism. Thus, October 14, 2014, was awarded the title of Hero of Russia by Police Major Abubakar Khasanovich, Major Police Officer, Chief of Police of the Department of Internal Affairs and Peoples' Directorate of the Ministry of Internal Affairs of Russia for the Sunzhensky District of the Republic of Ingushetia. During the operation in the rural settlement area, the Nesterovskoye group of policemen, among whom was Major Kostoyev, blocked the car in which the suicide bomber was located. There was an explosion, as a result of which the police, including Abubakar Kostoev, were seriously injured.

Unfortunately, the shortage of personnel leads to the fact that random people, including those who consider the profession of a policeman as a means of profit, enter the service of the internal affairs bodies. Such people are not so few. Another thing is that in recent years, the police are trying to clear their rows of alien elements in time. But even the brief activity of “werewolves in uniform” casts a shadow on the whole profession. People forget about the good deeds, which are committed by the Russian district police officers, about the criminals caught, about crimes that were often prevented at the cost of their own lives. But before my eyes - the staff, "the roof" of the trade in fake vodka and drugs, prostitution, begging, illegal migrants.

It is to ensure that the image of the Russian district police officer is not associated with negative examples, and it makes sense to talk more about real heroes - representatives of the complex and dangerous profession of a policeman. On the Day of the precinct "Military Review" wishes all the current and former precinct authorized health, calm service and no loss.