November 15 2017
42
Kiev is counting on the help of European colleagues in promoting information about the successes achieved by the Ukrainian authorities, said Deputy Prime Minister for European and Euro-Atlantic integration Ivanna Climpush-Tsintsadze. Reports about it InoTV. 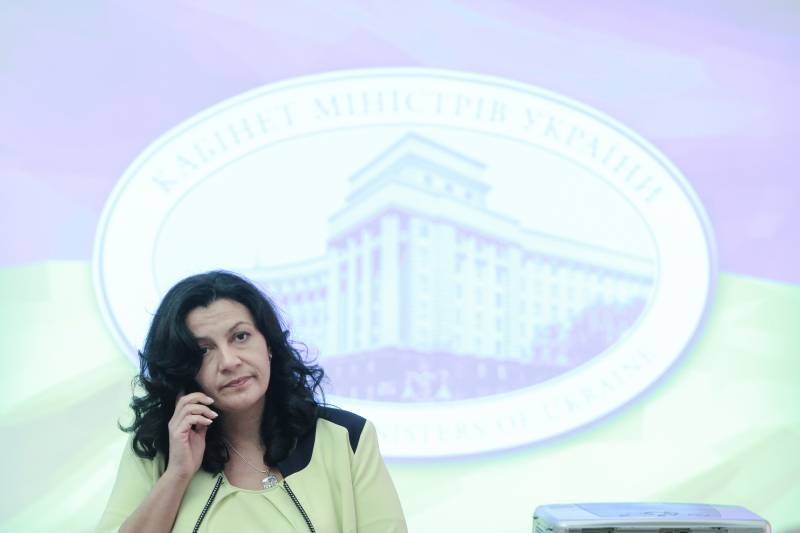 We need help promoting good News from Ukraine,
she said, answering the question of what assistance Ukraine needs from the EU for further rapprochement with the European community.

The Vice Prime Minister also noted that she had already conveyed such a signal to the European side: this was discussed on Monday morning during her meeting with ambassadors of the European Union countries.

According to her, “because of the lack of good news, Ukraine sometimes creates an unjustifiably negative image,” which causes resistance of EU citizens to further rapprochement with Kiev.

Good, sometimes even boring news should be heard by European society. It is society, not politicians. We know that bad news quickly finds its way to the media without any help. But we don’t have the opportunity to push through the positive news,
explained Klimpush-Tsintsadze.

Ctrl Enter
Noticed oshЫbku Highlight text and press. Ctrl + Enter
We are
In Kiev, said that the US supports the supply of arms to UkraineDeputy Prime Minister of Ukraine: Russia understands only the language of force
Military Reviewin Yandex News
Military Reviewin Google News
42 comments
Information
Dear reader, to leave comments on the publication, you must to register.