How can you, comrades from the Ministry of Defense? We believe you ...

November 15 2017
102
Well, you can congratulate the press service of the Ministry of Defense: a gift to our opponents was made just great.


All would be nothing, mistakes and mistakes happen to everyone, the whole question is how serious the blunder is.

Charging another state for complicity with ISIS * is serious. So, the evidence must be at the appropriate level.

But screenshots from the AC-130 Gunship Simulator: Special Ops Squadron computer game as evidence that the United States refused to attack IG fighters on the Syrian-Iraqi border and the “photos” of the terrorist column is overkill. 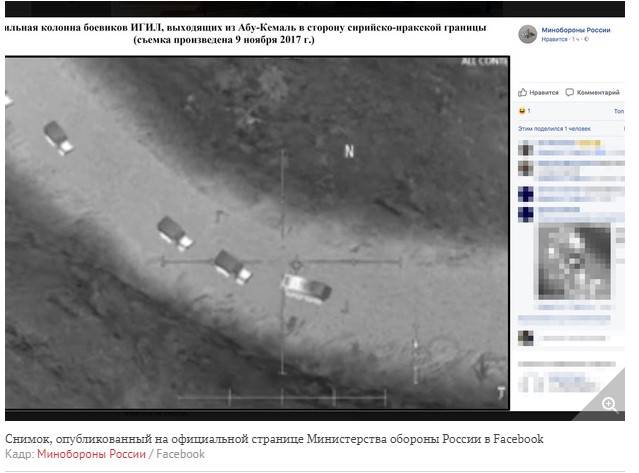 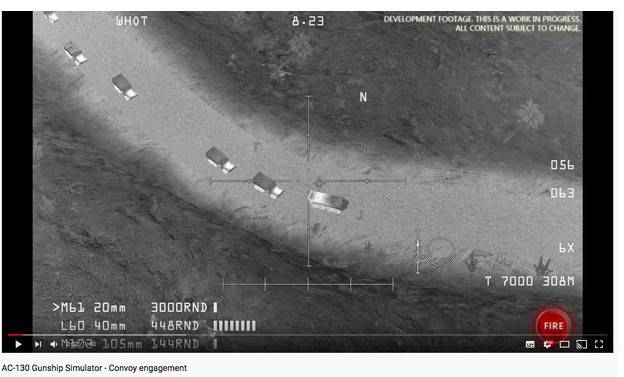 “A screenshot from a game for smartphones, issued for evidence of US cooperation with ISIS *, was mistakenly attached to a statement by the Russian Defense Ministry as a civilian employee. With respect to him being checked, reports RIA "News"With reference to the military department.

The Ministry of Defense also announced the publication of authentic photographs of a column of ISIL militants heading for the Syrian-Iraqi border. ”

Well, who now believe in it?

It is clear that everything will be cleaned up and deleted, but what got into the Network, then got into it. As well as thousands of Russians who saw the "evidence" in the news issue of "Russia 24". To them, too, fell. 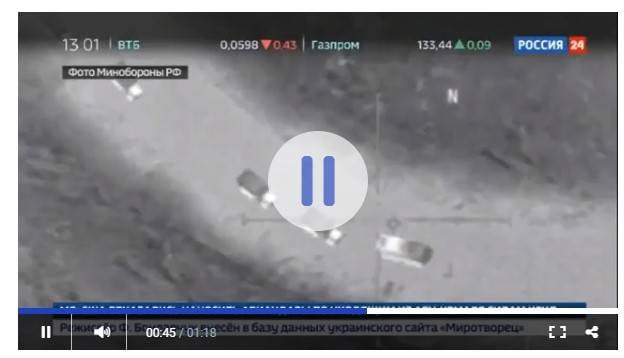 It happens to everyone? Especially when it comes to a kind of "civilian employee of one of the departments." It would be interesting to know the details about this employee. Or an employee. If this is someone similar to the wonder-girls from the ARMY-2017 forum, it is not surprising from the word “absolutely”. The level of professionalism is inversely proportional to the ability to draw looks and behave arrogantly with others.

The question is that the next time, in response to such a statement, the opposite side will just laugh. And first she will go in search of old photos, photos of others, screenshots from all similar computer games.

Fair by the way.

Speaking about the professional approach at such a high level as international relations, I would like to observe exactly what is usually hidden behind this concept. True, only truth, and nothing but the truth.

Considering the current situation in Russia, the ministries and departments simply cannot afford the luxury of lies. It is enough that the main part of the world does not believe in the integrity of the Crimean referendum, the absence of Russian troops in the Donbas, so now Syria must also be added?

To the end, right? So that no one in the world would ever have the question "is it possible to believe Russians"?

Of course, we do not exclude the possibility of provocation by the potential. And that all this fake was made absolutely intentionally. For money. For good money. Because this is, we repeat, international relations.

So, again, questions about a sufficient level of professionalism, but in a different area. In the field of checks for compliance with the person to work in a place such as the press service of the Ministry of Defense. Where did the reviewers look at, accepting such an employee? In the direction of what?

Although the first question can also be disturbed by the same verifiers. Incompetence of the employee is beyond doubt. Means, did not notice.

Or they did, but could not do anything. The name of the employee is not allowed. Could this happen? Yes, easily.

In any case, whatever the outcome, we can only express our deep disappointment at the incident and wish the press service of the Ministry of Defense to remove such effective civilian personnel away from displaying materials from Syria.

And, of course, I would like to know further what the results of the audit will be and what punishment this employee will incur. Although, in an amicable way, it is necessary to punish the entire line, from the one who gave the task to the one who had to check. But this is not the case of our monastery.

But in the future it would be desirable that such incidents no longer happen.

It’s still about the international image of the country ... And about the trust of its citizens.

* ISIS, IG is an organization banned in the Russian Federation.