November 15 2017
26
Literally before our eyes, these days, the old information club for objectionable, but held political and public figures acquires a new power. The sex scandal around Harvey Weinstein is not only gaining momentum, but is transforming into a whole movement, clearly resembling a witch hunt in the best traditions of McCarthyism.


It would seem, where is politics? The storm so far only hurt the bohemian party of Hollywood and walked through Harvey, Kevin Spacey, Brett Ratner and Steven Seagal (yes, the old blockbuster got the nuts), but it was not there. Naturally, these names are better known in our area, because they appeared in the media. But ... A hurricane called “I remembered an unpleasant gaze” carried away citizens more influential in the US, but less well known in our country. At the moment, Michael Oreske, who once held a senior position at National Public Radio and was previously the editor of The New York Times, resigned after three young ladies "remembered" about his unsuccessful experience of seducing them. Together with Michael, a dozen of journalists and correspondents of different levels flew into the informational settler. And every single one was washed away with the same wave as the poor Weinstein. 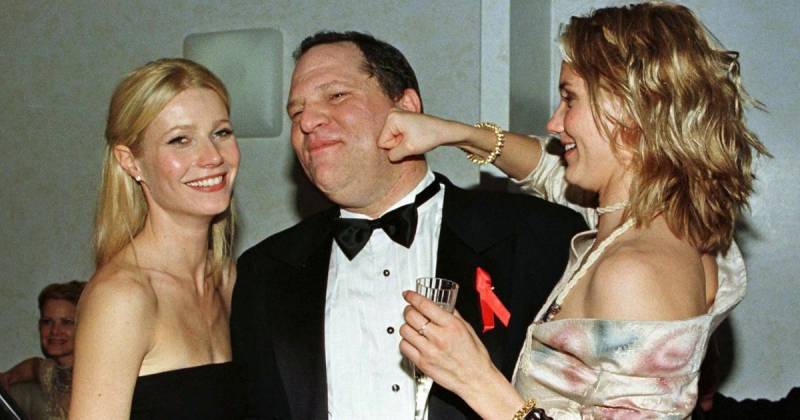 Harvey Weinstein in the company of his victims

When this tsunami reaches politicians, it remains a matter of time. And it came. In early November of this year, Kentucky House Speaker Jeff Hoover (Republican) was forced to resign. No, no rape was observed behind Jeff’s back; “improper” text messages were cited as charges. In general, everything that fits in the trend word harrament. And now, if this ephemeral idiom appears next to your last name - just hold on. By the way, Hoover himself 10 November, after the harassment unfolded in the media, without hesitation, grabbed his heart and went to the hospital. So, if in the most democratic states of America there are suddenly quite real dead from the “fight against sexual harassment,” I personally would not be surprised.

But the old club continues to grow heavy, gaining new proportions. It seems to be far further? But, apparently, too for many, this tool is extremely important. 12 November in Hollywood passed a mass march against sexual violence under the slogan "I, too!" (Or "me too," following their logic). Their support for the street get-together was expressed by the famous lady of philistine brains Oprah Winfrey, charming assistant of “Leon” Natalie Portman, producer Katie Shulman and a dozen more characters of different caliber. On the one hand there is nothing surprising. In a country in which participants in a political rally against the president wear caps in the form of female genitalia, and this is not possible. However, for the maximum “grace” of the picture, the march participants dragged along with them even 4-year-old children, of which they were blatantly proud, and attached to the children who did not understand the tablet - “me too”. 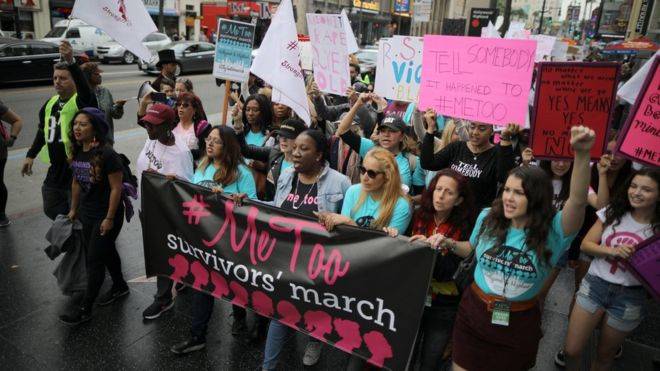 In addition, the Academy of Motion Picture Arts and Sciences, which in California has already announced the development of a "code of conduct". And the “initiative group” of the citizens most concerned with the “problem” (the same Oprah, Natalie and blonde Reese Witherspoon) decided to create a kind of “action plan” to combat sexual harassment, as they themselves recognized, in various spheres of human of life. What does the tillage field for a wide variety of speculations.

Of course, the tendentious Western media did not stand aside. Each new round of scandal sucking in an increasing number of people is covered in detail in NBC, in USA Today, in The New York Times, and even in the British Daily Mail, which vividly adopted the advanced experience of American colleagues in the promotion of information and political tool, now a new formation.
For example, The New York Times has already asserted itself in the field of “combating sexual harassment”, having laid out a list of the “accused” in chronological order with a detailed certificate of professional activities and photographs. Lacked unless the home address of citizens and directions. A kind of “black list” appeared in the lustration style of our Ukrainian friends. 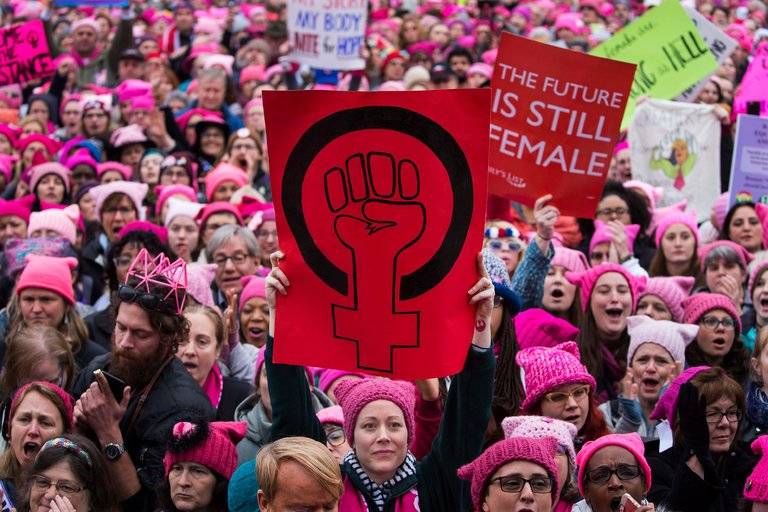 The social movement of feminists, which has become a social marasmus, the invariable fighting unit of any Western "movement"

And all this is happening against the background of how the next batch of citizens who left the coma recall their experience of sexual harassment by long-playing Harvey Weinstein. At the same time, the question is already about a specific criminal prosecution of a famous producer, although the temporal limitation of what happened, which erases all possible evidence, can only compete with the difference in age between the “victims” that appear (one of them has already exceeded fifty dollars).

It seems that this vulgar scandal should not have lasted longer than a week, but no. The New York Times continues to publish the lists of “raped” Harvey with all the details with tremendous perseverance, keeping the trend afloat, as if the time of the main attack has not yet come.

If we look at this whole situation that seems to us surrealism in Russia, then the clear modus operandi of our Western friends will become clear. The method of fully-fledged repression against the objectionable, hidden under the guise of public anger and civic initiative, has been used for a long time. For example, it is worth unwinding a film stories back, as we shall see, the stigma "communist" knocked out more than one hundred people from the saddle. At the same time, the more the flywheel of the scandal will involve people, the easier it will be to remove a very specific goal that you simply will not notice during this kind of shooting at the squares. Who can answer how many citizens and citizens will improve their well-being and clear the career ladder with this club?

It would seem, why so much to increase the mass of the baton called "harassment". She worked well before. After all, Dominique Strauss-Kahn, who was trying to take the European economy out of the American loop, shocked him with such baton so that he could not wake up. Well, firstly, the powder must be kept dry. Secondly, the massive use of the old baton completely devalued the price of evidence. In order to bring down the obstinate opponent, the presence of the “victim” who has come to his senses many years later is enough.

The main thing is that this crystallized principle of action (no matter what acts as a baton) is also applied in international relations, with complete silence of the so-called public. Recall at least the situation with WADA and the omnipresent dope. It is time to understand that to count on the adequacy, willingness to compromise and the reaction of the very public is not necessary. 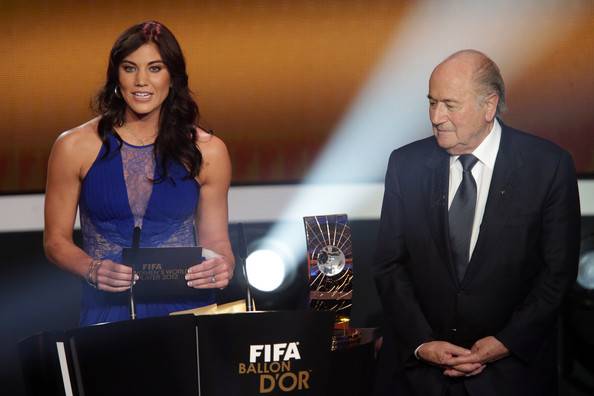 Left "victim of harassment", the right accused - not to confuse

Therefore, I am quite surprised why, against the background of the demonization of everything and everyone in Russia, some migrant young lady, waking from a multi-year sclerotic comatose, did not accuse Vladimir Putin of inappropriate stroking her knee in the distant 80 year. Although it is not over yet ... For example, the former FIFA president Joseph Blatter has already received his portion of “memories” from the American footballer Hope Solo.

Ctrl Enter
Noticed oshЫbku Highlight text and press. Ctrl + Enter
We are
Results of the week. “Take off your hats! Expose the head! The body will be taken out now! ”Yuri Drozdov: Russia prepared the role of the sacrificial calf
Military Reviewin Yandex News
Military Reviewin Google News
26 comments
Information
Dear reader, to leave comments on the publication, you must sign in.