Why does Moscow need a “pro-American” president in Kiev? 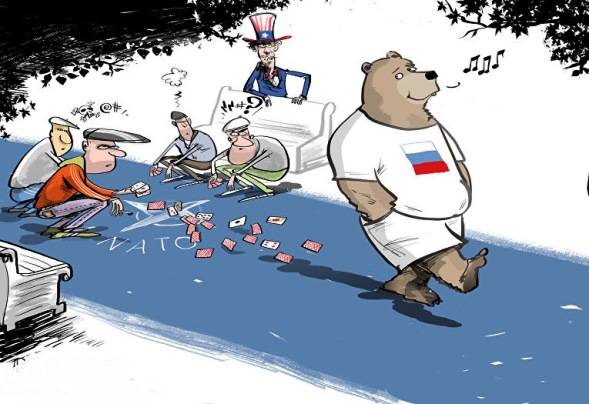 Yesterday's article “Fatal mistake of the USA. Why Washington fails after defeat spawned a lot of questions. And the main one was: “But what about Ukraine, is there that, too, the United States is failing?” We need to answer it. Be sure to ...

So, how will the situation develop in Ukraine in the near future? Is there real opposition to Poroshenko’s regime in Ukraine? Who can, not in words, but in deeds, make a real, and not imaginary, competition to the ruling regime? And in general, what is the essence of the Russian game in Ukraine in the next year or two?

I will begin the story with a very interesting infopovod. On Saturday, a congress of the Popular Front of Arseniy Yatsenyuk (NF), one of the two main political "pillars" of the current regime, was held in Kiev. The event is very remarkable and is a very interesting marker of the already planned changes. Yes, it was planned and behind the scenes already approved.

Problems of the “Popular Front”: “Thank you”, Mr. President 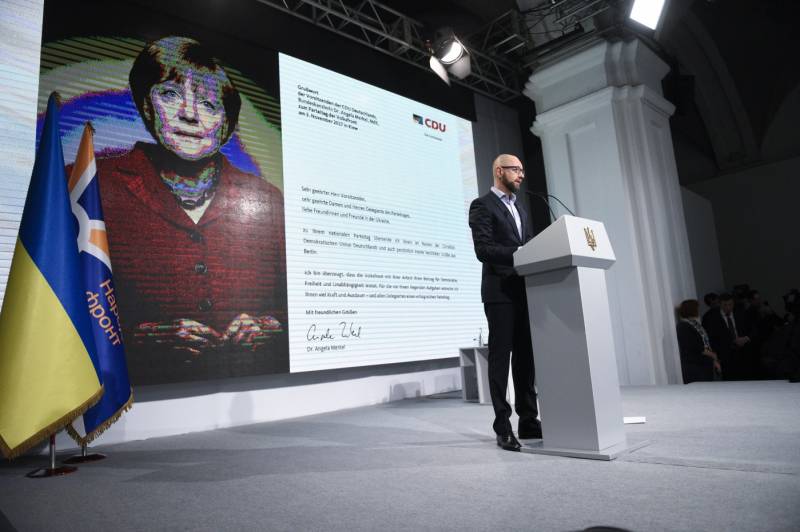 And today, the NF has everything: money, and influential patrons, well-known media characters, and even a significant part of the power in the country. There are not enough trivia: voter support.

"Front-line soldiers" are generally an amazing game in Ukraine. Back in 2015, their rating was lowered to the level of the plinth, so it is there until today. At the same time, the NF remains one of the most influential political forces in the country. At first glance, this is not normal. But precisely this situation today is very convenient for Petro Poroshenko, who in many respects was “guilty” of the sharp decline in the popularity of the Yatseniuk party in the first year after the Maidan.

The president was very cleverly able to blame the entire negative of the “economic reforms” of 2014-15 on the leader of the NF Arseny Yatsenyuk. Thus, he killed two fat birds with one stone (Yatsenyuk does not count, he is skinny). The first is that he completely tied the “front-line soldiers” to his political force.

With the 81 bayonet in the Verkhovna Rada and a rating of less than 1%, re-election support is a natural political suicide.

If we pay attention, it is largely due to this “coincidence of circumstances” that Poroshenko could not only retain power in a very difficult time, but also defeat many of his opponents, including the “invincible” Igor Kolomoisky.

But all good things come to an end sooner or later. Anyway, it’s necessary to prepare for the elections, because only a year and a half is left before the planned presidential elections. And there and parliamentary is not far off. And the latter may well turn out and unplanned ...

The nuances of future elections

The changes in the election system of Ukraine, recently adopted in the first reading, fully work for the presidential pool of “parties” plus the “Popular Front”.

Which is understandable, otherwise they would not have voted for them.

Moreover, these changes are accepted according to the already well-established Ukrainian tradition for specific elections and for a specific political situation. The authorities are going to abandon majoritarian and lower the entry barrier. And the norm is abolished, which the government itself adopted two years ago. Regional governors and other officials may be members of the party.

What is all this done for? I think it is not necessary to be a rocket scientist in order to understand that Ukrainians in 2018 are waiting for a sharp price increase and a sharp increase in the level of construction (!!!). And infrastructure. It is these two factors that will become the main drivers of the economy, and it is the success in the field of the construction boom that local officials will try to convince voters of their professional suitability. And, as we understand, all of them, “by a strange coincidence of circumstances,” will be represented only by BPP and NF.

Why does the entry barrier go down? Also very simple. No, not to pass the NF. He and so will pass. So much money will be poured into it that if even none of the inhabitants of the country had voted for the war veterans, they would still draw the result. But it is very important for the authorities to bring their “opposition” clones to parliament, which, with all their desire, will not be able to gain 5%. In fact, the “opposition” in the new parliament is going to be diluted with pseudo-opposition parties, the creation of which has been going on for a long time.

Here we see both “For Life”, and “Our Land”, and the “renewed” socialists of Kiva with the “agrarians”. All of them will fight against BYuT, Oppoblok, and Saakashvili RUH. And “Freedom” will try to take Galicia from “Self-help”. Or, at least, to greatly reduce its result in the region and Ukraine as a whole. All these forces, one way or another, today are affiliated with the BPP and the Popular Front.

The main political “pereobuzhschik” of Ukraine and Poroshenko’s faithful support in the parliament, Oleg Lyashko, will definitely enter the parliament. Where do without him! 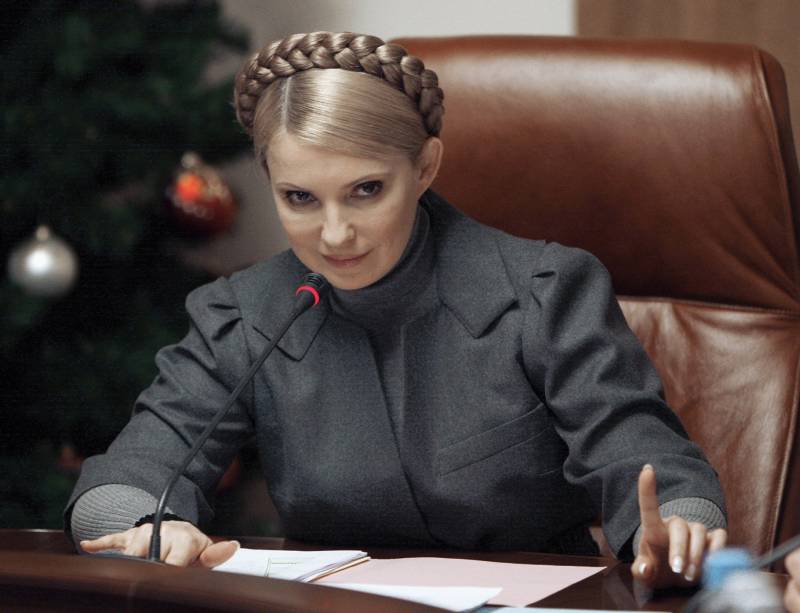 BYuT today is the highest rated political force. Not only secret polls (which are true) agree, but even public ones (which distort the truth). And with this pan, President Poroshenko has something to do. The easiest way to blur the Yulin rating today is to create competitors for it. Such competitors, fighting for the electorate "kytsi", are the above-mentioned parties.

Particularly encouraging to Petro Poroshenko is the fact that even Mikhail Saakashvili, fighting with him, will in fact fight for the most part with Tymoshenko, and therefore let him run and make people laugh for now. The main thing is not to bury. Nevertheless, Julia will not succeed in completely pushing in, and she will take her bayonets. 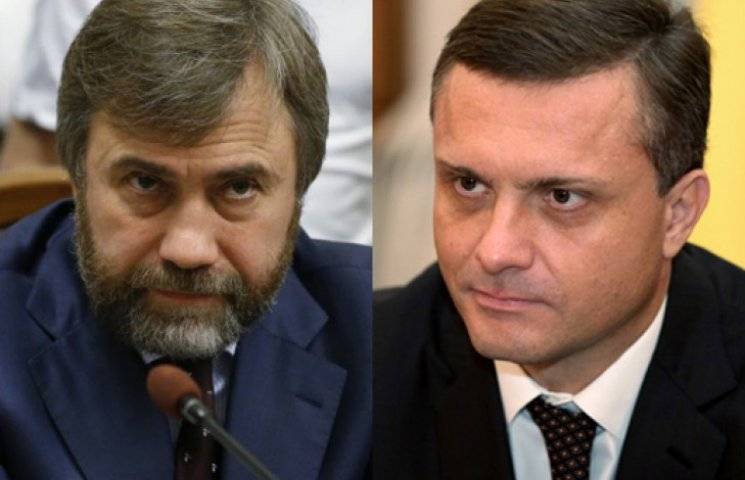 The Oppoblock has all the chances to fall apart on the conditionally “pro-American” version under the patronage of Levochkin and the pro-Russian version under the patronage of Novinsky. Actually, this education in Ukraine today is very amusing. To have two such antagonistic beginnings and to stick together ... And to hold precisely because both heads are afraid to remain out of work after the collapse and to lose the remnants of their influence in the country. But if the "pro-Russian" part of the "opp" will almost certainly survive, then with the pro-American everything is much more complicated. Washington according to the good old tradition can simply write off the waste material.

Although personally for Levochkin, of course, they will make an exception. His services to Washington and Independence are really invaluable. In fact, he was his father and mother ...

By the way, if we pay attention, the main battle in the upcoming elections in Ukraine will be between two main blocks, which can be called conditionally “proportional” and “pro-American.” And for the population they are all American protégés, and this situation is very beneficial for Moscow.

The biggest annoyance for Vladimir Putin in 2010 was the appointment by Washington of the pro-Russian president Viktor Yanukovich, whose headquarters at the time was headed by the well-known American expert Paul Manafort, at that time.

As we all remember very well, in those elections Russia supported Yulia Tymoshenko. What for? It's all very simple. Washington had to merge the mess and negative that remained after the reign of Viktor Yushchenko. It is desirable to head to Moscow. And then they did it.

Now the situation is very similar. Washington, having lost much of its control over Poroshenko, will want to bring another “pro-Russian” candidate to power.

I am sure that this is exactly what Kurt Volker is now proposing to Vladislav Surkov, representing this as a mega-touring Moscow. 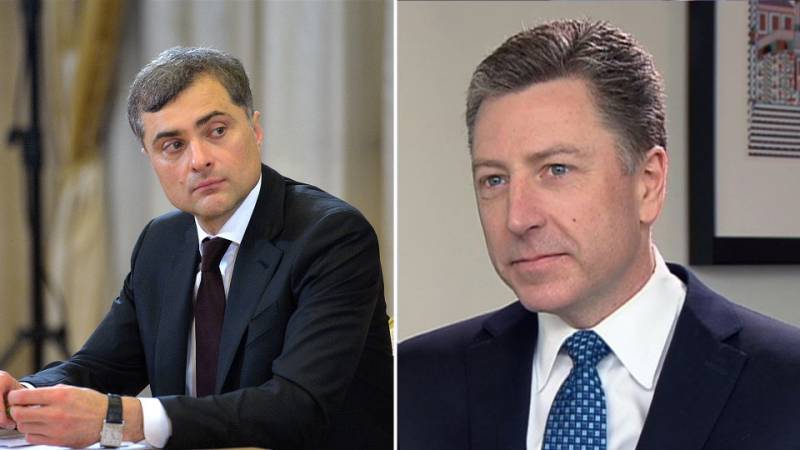 But Moscow, as in 2010, does not need this alignment. And if then Vladimir Putin could not achieve victory on the Ukrainian front, now he holds almost all the trump cards.

And he really doesn’t care who wins the Ukrainian throne in 2019: Tymoshenko or Poroshenko. Even Yatsenyuk suit him. And the Nazi coup would be a jackpot at all. Now the situation is such that any real scenario is profitable for Russia. And for Washington in Ukraine, zugzwang begins. That is, any of their moves only worsens their situation. All that remained for Moscow was to wait until the moment when Ukraine was completely satisfied with the pro-American course of "development", and she herself finished preparing for a real political return to Kiev. And then a completely different game will begin.

Ctrl Enter
Noticed oshЫbku Highlight text and press. Ctrl + Enter
We are
Situational analysis of the death of the MH17 flight (Malaysian Boeing 777), made on the basis of engineering analysis from 15.08.2014Results of the week. “In our cooperative, the board is always agreed”
Military Reviewin Yandex News
Military Reviewin Google News
45 comments
Information
Dear reader, to leave comments on the publication, you must to register.