Civil on war and war 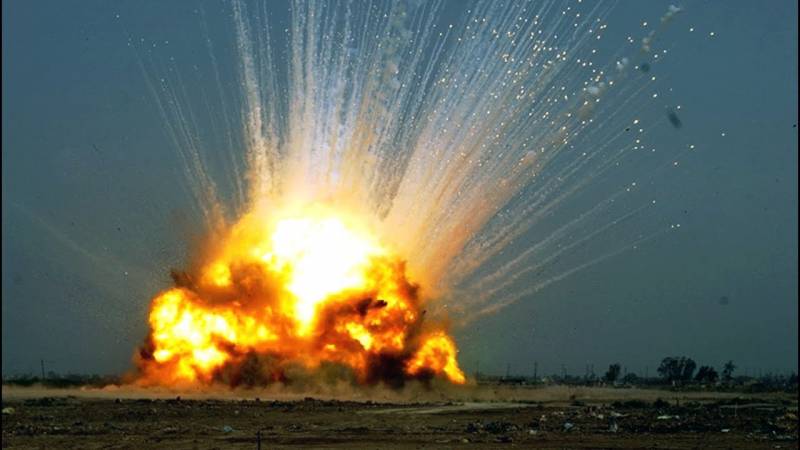 "... But the warriors had a hard evening. They covered the convoy rotated on the march. There was too much discrepancy about the losses - on average, before the 200's platoon at a time, but there was no talk about 300, but ... in general. Tomorrow I'll go to visit the staff, accomplish your goal. "

There, the GDP with Trump is found, here Petya is pulled over the throne, a major provocation was needed. With a bunch of corpses and chemistry. After the fact, it became clear that they wanted to clear containers with chlorine on the DFS.

For this case, they singled out, sort of like the Akaciy Division (as I heard, but maybe something else, it doesn’t matter). Plus, BC, management and other retinue. The column was impressive, you know. But since there is no hope for the “local” ukrovoyak, they will drink everything or miss it, the calculations were completed with foreign “advisers” and Georgian sprats and mercenaries.

But it turned out - ZRADA!

I do not know who brought to the column, obviously not local partisans, how do we know about the scale of our plans, about the place, time, etc. But we found out. And the fire on the column was adjusted from the drone. After all, they knew when and where to run.

Karoch, covered the column. In the dust. Most likely from MSTA. And at the same time a warehouse. But there is an epic video from a drone. In reality, an epic defeat, as the virtuosos accurately put, and showed this action on purpose. If you would like to keep a secret, as the July shelling of ukrov under Elenovka, that would be kept.

And yet, the rout was before the mass shelling of Donetsk. Look, it's light, and it is starting to get dark now in the 17-00 area. That's why I was going home in the 16-00 area, for this reason I heard this action in all its glory.
And shelling residential areas - is revenge banderlogov for an epic defeat! 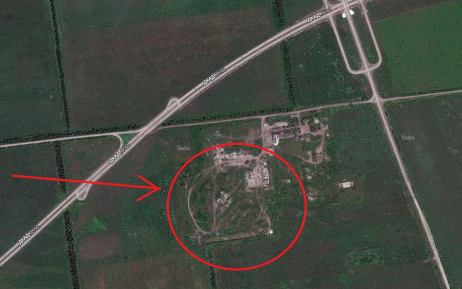 Yes, and on the video about the warehouse it is clearly visible that they were not covering hail. In the funnels it is also similar to MSTA, since the funnels from "Akatsy" and "Carnation" have already seen enough, there is no strength to the throat. And there is more powerful! Especially MSTA in the DPR is the most popular in terms of contrabatum. Not "Hyacinths" exactly, according to the speed of shots and arrivals.

And about the ammunition depot, not everything is clear, whether the brigade depot was, or the whole group. So here I will not clarify.

Another exacerbation. Quiet now. Although, there are many tracks from the tracks on the main street. About 2 tank and 3-4 infantry fighting vehicles. Dangled all night back and forth.

And more about the video from ukrov. It is clearly visible that the boys are new and not fired. If you look carefully and listen, then the batch began not far from the warriors. What did he do?

He turned his gaze towards the shelling!

He wanted to see a bullet or a mine? So come the newcomers. In our city, all local people turn their ears in order to determine whether or not to go far, and if that falls. Therefore, how to look in the direction of shots and explosions is useless, has already been verified.
War generation iPhon. ..

Mike, this is pi .... If you wake up writing, then replace the mats with something that is better and tolerant.

I write as it is. I myself saw the reflections on the Voyakov's positions. And this ...

I imagine how Darco (Dekey) laughed when he found out about it. I am writing as it is, you can not believe it, but the reflections on the positions of ukrov I saw myself. Yesterday and today. I'm shocked, they are not.

This is a full perdumonokl. Rude, since I see it! Well, the guys from zapadenschiny 18 +, the war in the picture seen. On the front line in the trenches are youngsters with telephones (well, really a glow for hundreds of meters). And this is in the area of ​​Borisovka (north-eastern outskirts). These youngsters, and these and sent, Hollywood films seen enough?

But the DNI sniper is not beating them, but by sergeants who want to reason with these “iPhones”. Sniper war has not been canceled.

This is not a war, but a circus.

Here is such a war for youngsters. I understand why it is. And it becomes not funny. "
The destruction of the warehouse APU

Ctrl Enter
Noticed oshЫbku Highlight text and press. Ctrl + Enter
We are
China expands its amphibious capabilitiesReports from the militia of New Russia for 29 August 2014 of the year
Military Reviewin Yandex News
Military Reviewin Google News
7 comments
Information
Dear reader, to leave comments on the publication, you must to register.