Fatal mistake of the USA. Why Washington fails after defeat 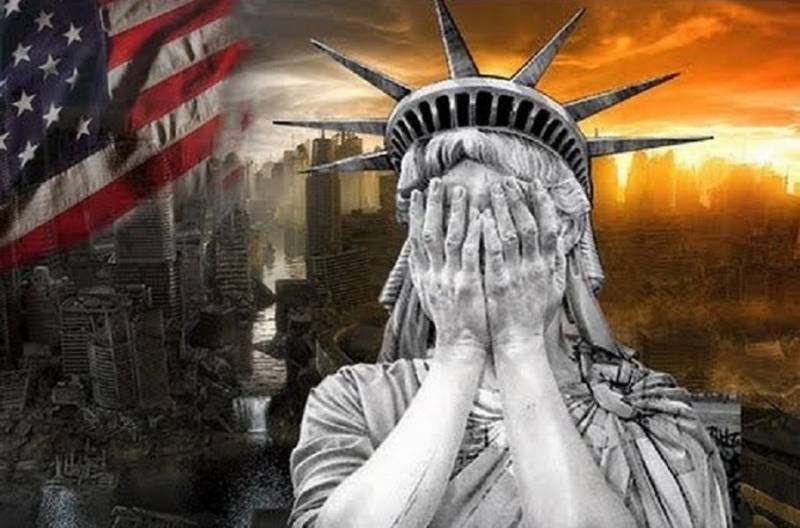 What's happening? Why has the terrible and all-conquering American diplomacy suffered one defeat after another? What is the main mistake of the American elite today?

A year ago, America chose a new president. On November 8, the overwhelming majority of Americans went to bed, feeling confident that Hillary Clinton would become the US 45 president. The next morning, the whole world was amazed at their choice, and America itself was shocked in the first place.

US Civil War 2.0. and its effects on the external arena 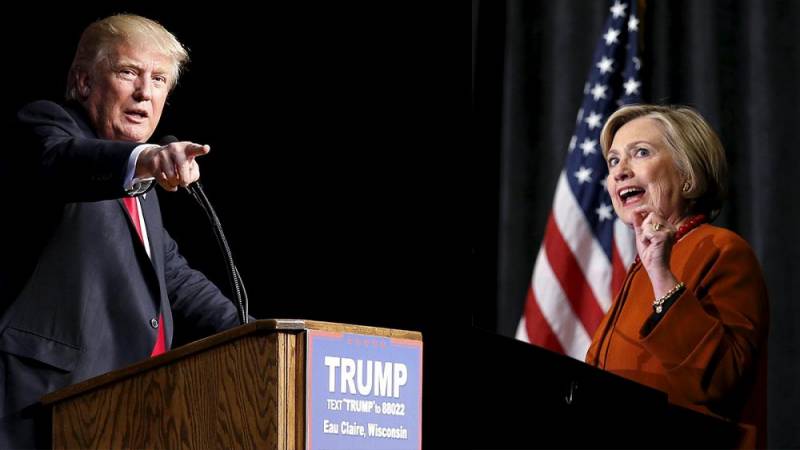 Today, no one doubts the fact that the contradictions in the American elite have gone so far that it can not be just a "game to the public." Too many problems have arisen in the current US president "thanks to" the American "opposition". And their opposition is too expensive for the country. In fact, any initiative of Donald Trump is taken hostile, and all the steps of the “opposition” are subordinated to only one goal: to overthrow him as soon as possible and not to allow him to lead the country along a different path.

To get their way today, the American elites do not disdain anything, even the help of foreigners. And this is their big mistake. Until now, the Americans were able not to wash dirty linen in public. They resolved all the internal contradictions between themselves, and the outside went out with a single position, which was supported by all the power of the American state machine.

Now we see a completely opposite situation. Opponents of the president not only completely constrain all the foreign policy steps of the country's leader, but also attract foreigners to fight him. This makes any of his steps weak, and often meaningless.

And there is nothing worse in foreign policy than taking meaningless steps. Mistakes, and those better.

Such a policy always ends in failure. That is what we see today. US foreign policy literally crumbled. One defeat follows another. Over the year, the list of Washington’s actual allies was greatly reduced, many plans had to be abandoned or substantially adjusted.

Yes, many countries are not yet ready to leave the United States. They are still afraid of the consequences. But the further, the more they become frightened by the inconsistency in the actions of Washington. As a result, the fear of the Americans begins to yield to the fear of being the last on the sinking ship of American foreign policy. And they ran.

The whole Middle East ran, Europe ran, almost ready to negotiate with Russia and China, Japan and South Korea. The loyalty of the latter has so far been maintained only due to the missile threat of the DPRK, and Washington must pray to God that Kim Jong-un not end his rocket program. No one intends to fight with him, of course, but today UN does better than anyone else to help Washington preserve the loyalty of its key allies in the western part of the Pacific Ocean.

What would happen if Hillary became president 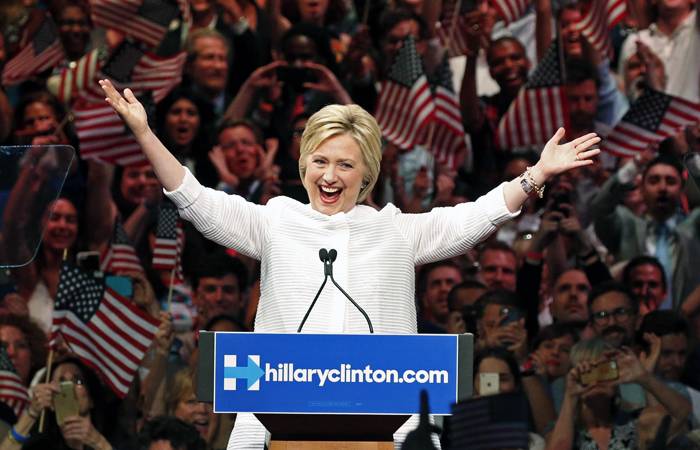 It is probably meaningless to talk about what would happen if 45-m President of the United States would become Hillary Clinton. But we will touch on this topic in order to show that this could only slow down the development of the current adverse processes for the USA, but not prevent them completely.

As we well remember, Hillary Clinton was going to continue the foreign policy course of her predecessor. But after all, it was during his time that many prerequisites were created that turned into problems for the current president.

Middle East Washington began to lose more under Obama. Turkey broke away from the United States, too, with him. Friction with the European allies arose long before Donald Trump occupied the Oval Office of the White House. Yes, the problems under the new president were aggravated, but they themselves arose much earlier and were not the result of Trump's coming to power. It is necessary to recognize that with reasonable and coordinated steps one could smooth out many acute angles of foreign policy and stretch existing problems for decades. But it was still one way. And this end for America was very unfavorable.

Perhaps the main problem of the American elites is that they see the dead-end path of their opponents, and therefore in every way prevent them from following it. At the same time, they do not see their own miscalculations and are not ready to admit that their path is as flawed as that of their opponents.

And perhaps the real “root of evil” is buried much deeper and it is connected with the fundamental problems of the modern American political system.

Why the US was doomed: planning horizons

Geopolitics is like chess. The same squares of territories, figures, battles, sacrifices and victories. The main goal of the game is to checkmate the opponent. And here it is very important to see farther than your opponent. If you see that by winning the opponent queen with the fifth move, this does not mean at all that with the eighth move you do not get the check and checkmate from him.

Detailed and detailed about American political myopia and their consequences can be viewed in the following short video:

Here I will only briefly summarize its main conclusions. The main problem of the USA is not that they made one or several wrong decisions. They cannot win because they are not calculating their steps as far as their opponent. And if, for example, Vladimir Putin sees that the Americans are trying to win the queen from him on the fifth move, he is happy to let them do it, if he is sure that he will checkmate Washington on the eighth.

Of course, this is not always the case. Most of the steps in this game take place in an endless improvement in their positions. But it is precisely political long-sightedness in planning its actions that makes it possible to get away from the enemy’s traps. And those who are not able to calculate the whole chain of the opponent’s moves get into them.

Today, when we see the defeats of Washington in one or another part of the globe, we are witnessing the end of the long-established parties. The main "mistakes" of the USA were made long ago. Back then, when in 1991, they destroyed the USSR and decided that no one else could ever challenge them. Americans focused on their internal disassembly, relaxed ... and lost.

Ctrl Enter
Noticed a mistake Highlight text and press. Ctrl + Enter
We are
The tragedy of the American army ("The Atlantic", USA)Geopolitical mosaic: Europe serves Saudi Arabia and Qatar, and Hillary Clinton is tipped to become US president in 2016
77 comments
Information
Dear reader, to leave comments on the publication, you must to register.