Turchinov said that Russia is going to "repaint" its army

November 11 2017
112
Russia forces troops to the borders of Ukraine, which it intends to "repaint" under UN peacekeepers. About this edition of the "Ukrainian Truth" said the Secretary of the National Security and Defense Council (NSDC), Alexander Turchinov.

All attempts by Russia to "repaint" its forces, which it has already begun to push up to the borders of Ukraine, will be in vain under peacekeeping
- said Turchinov, not specifying, however, what he means by "repainting". In addition, the head of the NSDC did not back up his words with any evidence. 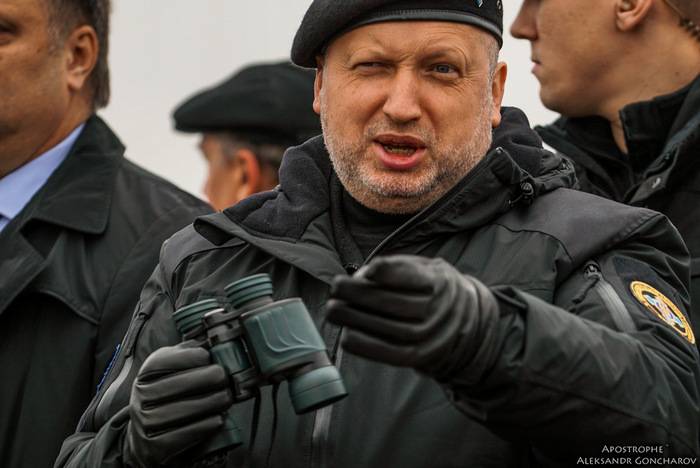 Nevertheless, he expressed confidence that the law on the reintegration of Donbass should prevent Russia from "realizing its intentions".

He also added that after the adoption of the law on the reintegration of Donbass, any cooperation with Russia will be considered as treason.

Any cooperation with the aggressor country, in my opinion, is a betrayal of Ukraine. And after the adoption of the law, which clearly recognizes Russia as the aggressor, at the legislative level this will already be brought to a practical plane.
- declared Turchinov

In January 2015, the Verkhovna Rada of Ukraine adopted a statement in which Russia is called the “aggressor country”, since Kiev believes that the Russian Federation is interfering in the affairs of Ukraine and is a party to the conflict in Donbas. No evidence was provided for this. The Russian Foreign Ministry called these allegations "public unsubstantiated insinuations." Moscow has repeatedly stated that it is not a party to the internal Ukrainian conflict and is not involved in the events in the south-east, it is interested in Ukraine’s overcoming the political and economic crisis, reports RIA News