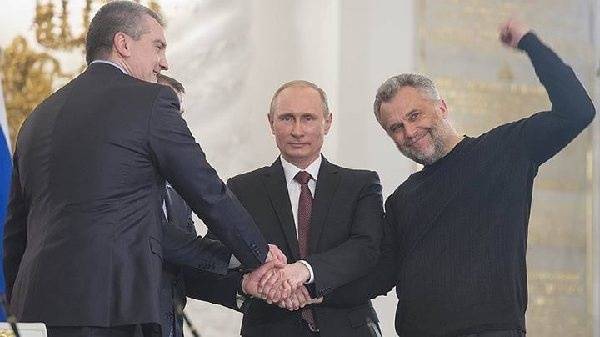 The conference "Russia, Crimea and Modern International Relations. Forum of Friends of Crimea" ended in Yalta, in which representatives from more than 30 countries took part. And, quite possibly, this conference is already part of history as a starting point to the undoubtedly Russian Crimea.

One of the most notorious statements was the proposal of the First Deputy Chairman of the State Duma Committee on CIS Affairs, Eurasian Integration and Relations with Compatriots Konstantin Zatulin on the abolition of the act of transferring Crimea to the Ukrainian SSR from 1954 of the year. He is confident that this will help to avoid constant claims from both Ukraine and the world community, because "we are tired of hearing that in 2014, we took someone’s land, sea and deprived Ukraine of its native, dear and belonging to it, which is a complete lie — historical and factual. "

The Federation Council supported this idea, and, according to Konstantin Zatulin, support it in the State Duma. Therefore, the bill can be submitted to the lower house before the new year. Konstantin Zatulin spoke about this and many other things in an interview on the eve of www.RU.

Question: Tell us more about your offer? What caused it and when did it appear?

Konstantin Zatulin: My proposal has not yet been discussed in the new State Duma, but was discussed before my election [to this composition]. In particular, I organized a discussion of this issue in the Public Chamber.

This proposal concerns the interpretation of the ownership of Crimea as such in the Soviet and post-Soviet period during the time when Crimea was actually transferred to the Ukrainian SSR and then ended up in the Ukrainian state that declared its independence after 1991.

I argue that 1954's decisions of the year were at least illegal from the point of view of Soviet legislation. And there are numerous confirmations. This is often discussed.

I think this is important, including in order to stop the claims of the Ukrainian side and, of course, so that our attitude to this will be confirmed and used for counter-propaganda, in order to explain the real situation and the historical truth to the doubters not only in our country. in the country, but also abroad - for this, it seems to me, it would not be superfluous to overturn the decision of the Soviet Union 1954 of the year. 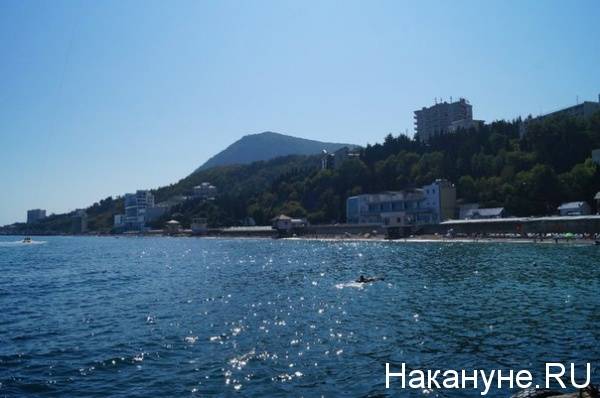 Question: Who can do this?

Konstantin Zatulin: In fact, no one except our Federal Assembly can do this, because only the Russian Federation is recognized as the successor to the Soviet Union. And, as you know, a whole series of symbolic and practical things after the collapse of the Soviet Union was carried out precisely in connection with this recognition of Russia as the successor - not only a place in the UN, but also debts, for example, we paid, including, by the way, Ukraine .

Question: And such an initiative will help to avoid constant attacks from Ukraine?

Konstantin Zatulin: We hear Ukrainian propaganda everywhere. It is also used in the international context - in stating the need for sanctions, on the "annexation" of Crimea by the Russian Federation, and so on. And it is used for internal use - for raising the hatred of Russia among the young generation of Ukrainian citizens.

I affirm that Crimea was illegally registered in the Ukrainian SSR, and then it turned out to be part of the Ukrainian state. Therefore, everything that happened in 2014 was not only the restoration of historical justice, but also the rule of law, because the rule of law in 1954 was grossly violated. There was no right for these bodies to make such a decision.

In fact, we perfectly imagine that such issues cannot be resolved without taking into account the opinion of the population. There was no consideration of the opinion of the population - neither in the Crimean region, nor in the RSFSR as a whole. Nobody asked them whether it is necessary to transfer Crimea or not — for example, in the form of a referendum. Nobody asked the Crimeans themselves - can or should they be transferred to Ukraine.

Look, with what a touching concern Ukraine is now telling that Crimea always belonged to it and that it is necessary to proceed from the logic of general secretaries like Khrushchev, who were entitled to transfer entire areas, even exceeding the emperors. Therefore, I believe that we can and should do it both from the moral and from the formal legal point of view. 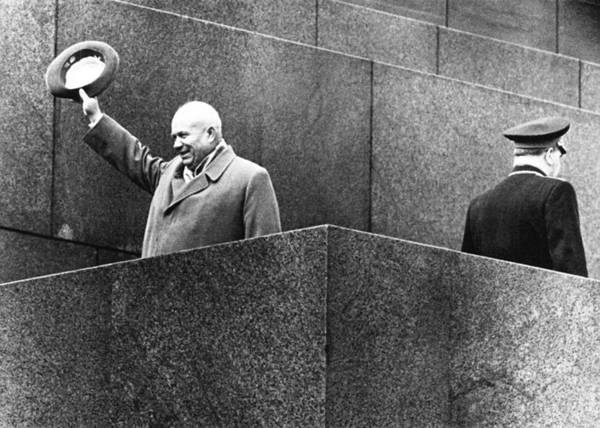 Question: Why hasn't they done this before?

Konstantin Zatulin: I always thought that this had to be done, but there were many other concerns in 2014. But in 2015, I remember very well how the chairman of the Federation Council began talking about it. As it turned out, the bill was never prepared, mainly due to the fact that the senators persuaded. And the lawyers of the presidential right-hand department persuaded them, who then proceeded from the fact that we didn’t need to return to the Crimean issue anymore, we decided, and that’s it.

I think that time has shown that this was an erroneous position. And in any audience - by the way, in a foreign audience, among our compatriots with whom I have just met - they consider this idea very relevant. Because indeed, people abroad, without being guided in the history of Russia, of the Soviet Union, of course, from a formal point of view, they see it this way: he was part of Ukraine and suddenly became part of Russia. And all the rhetoric about "annexation", "aggression" and so on is strung on it.

Question: That is, the project has been developed and can already be submitted to the State Duma if they have declared work on it?

Konstantin Zatulin: He was trained in the Federation Council, but he, of course, had to enter the State Duma first. But he did not act, was not finalized.

Question: And what kind of reaction do you expect?

Konstantin Zatulin: I read the first reaction to this effect both in Ukraine and in Russia, especially in Ukraine, of course, immediately tried to discredit this idea. It is no coincidence because they are afraid of adopting such a document. In connection with the adoption of this document, it will be possible to once again analyze those events of the 1954 of the year and once again demonstrate that they do not fit into any norms of the law, neither the current nor the Soviet.

While in Ukraine they are trying to make fun of my position. And I am not so naive a man, I perfectly imagine that this law will not stop Ukraine either in the person of the current leaders or the anti-Russian forces in the West, but it will become harder for them to “prove” their point of view.

And most importantly - for those who are trying to really figure it out, this will be a weighty argument. They will have to examine the reasons why we canceled this act, and either agree with us or not. So I would see how in the democratic countries of the West they will tell that the transfer of Crimea to Ukraine in 1954 was the height of perfection.

Question: And in some of our media have already written that you are thus struggling with the Soviet past ...

Konstantin Zatulin: I'm not going to fight the Soviet past. First of all, I am not crazy, unlike Zhirinovsky. The Soviet past is very multidimensional, and I am not at all a fighter against the Soviet authorities. Under this Soviet regime I received an education, began to work, achieved some results - I have great respect for many things that existed then, and now, unfortunately, do not exist. From this point of view, I have no such task to fight the Soviet order, the Soviet power. I am a historian, I objectively evaluate it.

You just need to be able to put our opponents in a difficult position - this is something that some, unfortunately, quite high-ranking lawyers and jurists who do not think that everything comes down to legal chicking do not understand us. No, it’s not just that, it’s all down to a fairly serious argument, which in this case will be involved. 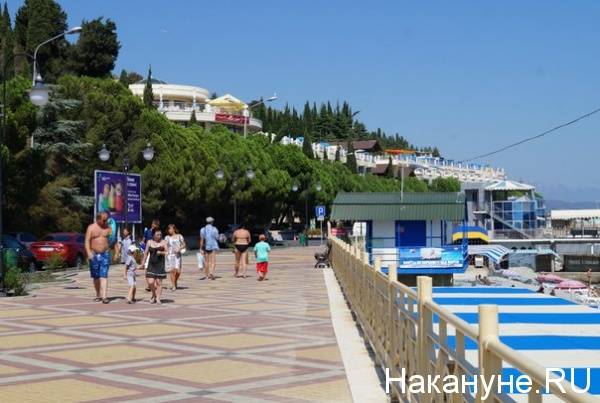 Question: If we talk about practical issues, when can a bill be submitted to the State Duma?

Konstantin Zatulin: I think this bill before the new year can be introduced.

Question: Can something interfere?

Konstantin Zatulin: There are opponents of this project, in any case, they were, and they are familiar to me - these people who convinced themselves that this is their position - “we don’t return to this issue”, she convinces everyone, Indeed, it convinces few people. And I have the impression that they themselves are not completely convinced and do not want a conversation on this topic. For example, I am quite convinced that we are right in the case of the Crimea. I was convinced of it even before the Crimean Spring 2014 of the year happened. After all, I promoted this topic throughout my entire political activity - from the first State Duma.

That is, I did not advocate in the 90-ies for the immediate return of the Crimea to Russia - I was in favor of forcing Ukraine to take into account the special character of the Crimea and force it to sign a federal treaty with the Crimea.

This position was always defended by me - I considered it necessary, knowing that Ukraine was very interested in such an agreement not because she wanted to be friends with us, but because she wanted its borders together with Crimea and Sevastopol to be confirmed by us. And so that they get what they want, I believe they could go for it if we made such a complaint to them. But we did not show it under Yeltsin and let it all go on the brakes.

There was also another position - I said that let them give us all of Sevastopol for rent. Not moorings, 5% of the water area, as was actually the case with the basing agreement fleet, and the whole of Sevastopol. As, for example, all of Baikonur rents Kazakhstan to us. That was my position. Today, it may seem moderate, because, in the end, the case ended in the return of the Crimea as a whole. But then I also hoped that I would be able to convince Ukraine, and this would be a prologue to stronger relations between Russia and Ukraine, which are now absent. 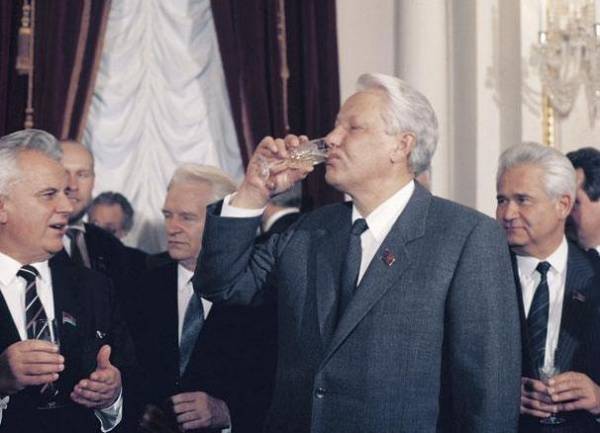 Question: Can you predict how long you can expect the consideration of the bill?

Konstantin Zatulin: I cannot answer this question. At the moment I am actively involved in a very relevant for us editing of legislation on citizenship, where I also have to deal with the same windmills. And my laws are without movement since the end of last year, although they have been submitted to the State Duma - these laws, it would seem, are obvious. And, nevertheless, there are people who, not feeling the situation and not wanting to get acquainted and put up with it, reject these long-overdue changes in the legislation.

It would seem that the thing is obvious, and nevertheless, it does not receive support until you reach the very top. Well, here the same situation is possible.

Ctrl Enter
Noticed oshЫbku Highlight text and press. Ctrl + Enter
We are
A great interview with Sergey Lavrov: about Ukraine, Obama and IranWhat you didn't want to know about England
Military Reviewin Yandex News
Military Reviewin Google News
53 comments
Information
Dear reader, to leave comments on the publication, you must to register.