How do wars start?

November 10 2017
47
Has November 7 started a new war on Bandera Ukraine, or not? This is a continuation of the civil strife of Maidan, or it is the development of democracy on the way to Europe, as Western politicians assure us. Margaret Thatcher at one time gave such a definition of modern democracy - this is a war of all against all, then the Bandera Eurodemocrats are right in their own way! 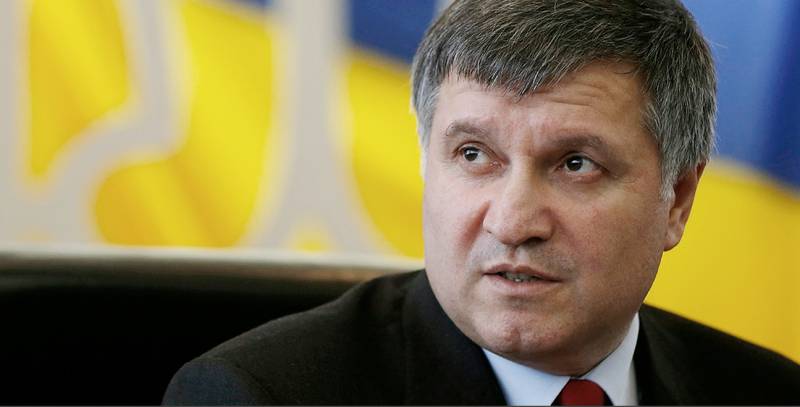 In general, this is not a simple question, sometimes it does not have an exact answer, like the date of 22 June 1941 of the year. When did the 1917 revolution of the year begin: with the December lines in St. Petersburg for bread, or with the creation of the Provisional Government and the Petrograd Soviet? There is also a question in Ukraine today.

Maidan Saakashvili 7 November passed without serious excesses, but was a step in the radicalization of its requirements. If the Verkhovna Rada does not fulfill the requirements of this third Maidan, Saakashvili promises to organize a "march of millions" and launch the "people's impeachment" of the president: "Poroshenko will leave power, but without money and not far." From the direct call for the overthrow of Poroshenko Maidan separates only one “if”. If he is not, a sequel has already been declared: “The wrong ones were attacked, freaks! I'm Mikhail Saakashvili! The people of Ukraine ... will take you away from power, bastards, freaks! ”

The chief of the Ministry of Internal Affairs and Nazi-Azov, Arsen Avakov, accused the National Anti-Corruption Bureau of Ukraine of political persecution of his son and the ministry, that is, of political corruption. Ex-Deputy Minister Avakov detained, his son is wearing an electronic bracelet: NABU is clearly approaching Avakov. Who is behind NABU? Some people nod to the US embassy, ​​others to Poroshenko, or maybe this is their joint operation?

The silovik of the third Maidan, the ex-battalion commander of the Donbass seizure, Semyon Semenchenko, assures that they will act peacefully, his people “do not plan to take Rada by storm”. I just reassured: I gave the parliament time to still live ... This means that the Maidan is disciplined, obeys orders — this is a special operation, it is waiting for the command “from above”. Although Shkiryak, Avakov's adviser, was still beaten up on the Maidan, as well as the People's Deputy Barna, but they did not file a lawsuit against the Maidan.

Power, in the face of Poroshenko, all this is silent. This is paradoxical, but for Poroshenko, like Avakov, he said, calling the third Maidan "rubbish". Peter did not say anything about the Maidan, he made only one loud "rocket" statement on the Donbas.

In general, Saakashvili promises some kind of fiction: “a peaceful change of power at all levels”. How is this? Here it is: the people's deputy and Maidan representative in the Rada Yuri Derevyanko introduced a bill on the removal of Poroshenko from the government by voting in the Rada, without investigation and constitutional dust. Perhaps ... I'm glad under the leadership of Nazi Andrei Parubiy is capable of anything! To declare Russia an “aggressor and occupier” in the law on the reintegration of Donbass - it is already not enough for her, it is decided to sever diplomatic relations, and there it is not far to the declaration of war. Worse, Bandera will not be anymore ...

Russia's position on Bandera Ukraine is also tightening. At the Valdai Club in Sochi, Vladimir Putin said for the first time that “armed seizure of power in Ukraine led to terror,” and Europe is responsible for this. Foreign Minister Sergei Lavrov, one might say, continues Putin, and, no longer embarrassed in expressions, demands from Kiev "to stop the excesses of the neo-Nazi punks." At the same time, “special responsibility is on Washington, which, in the manual mode, directs the Kiev authorities.” It seems that Lavrov responded to Kurt Volker on his peacemaking initiative, which led to the shelling of Donbass and the strengthening of the "neo-Nazi punks" in Kiev around the third Maidan.

“We are at a complete impasse in the negotiation process on the settlement in the Donbas,” admitted OSCE head Tomas Greminger, which summed up the diplomatic fencing of Kurt Walker in the Donbas by peacekeepers. He buried the "Minsk" to get into the peace impasse. Volker, as the plenipotentiary representative of the United States, can also become a political funeral of the Bandera regime, according to the formula: we (USA - V.К.) gave birth to you - we will kill you. In order not to discredit the good name of America. As our US expert Nikolai Zlobin recalled recently, they always have “Plan B” in reserve, that is, they always play a double game, which they sometimes admit through 50 years ...

After the statements and accusations made, all the ways back from the third Maidan are cut off both to its participants and its opponents, now only forward, but where? The artillery war against the Donbass can be continued, but what will it evolve into? Artillerymen of the Armed Forces of Novorossia (VSN) hit the mark very well in response, the artillery batteries of the Armed Forces of Ukraine and ammunition depots are covered with fire, so one thing is clear: there will be no Bandera Avenue in Donetsk!