9 shock units will appear in the Volga region

November 8 2017
14
Nine units of the Central District in the Volga region will be "shock" after the control test for the summer training period, reports RIA News message of the press service of the Central Military District. 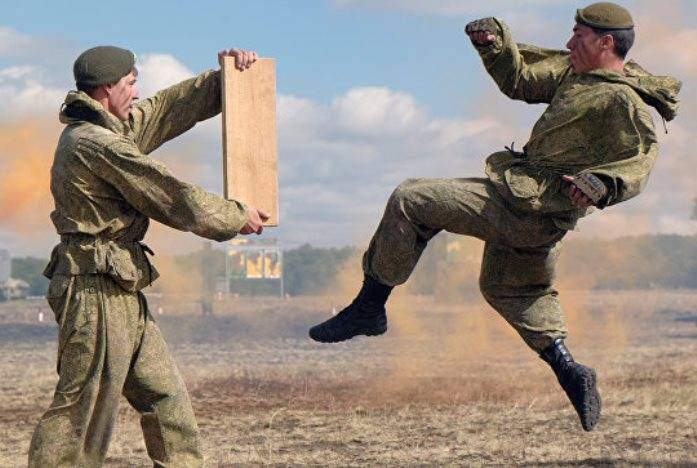 Nine units of the 2 Guards Red Banner Combined Arms Army of the Central Military District, which distinguished themselves during the control check during the summer training period, will receive a distinctive heraldic badge and the honorary name "Shock",
says release.

It is reported that "previously such a name was worn only by one unit (peacekeeping) from the Samara region, which distinguished itself in July during an inspection by a commission of the Ministry of Defense of the Russian Federation."

Peacekeepers were awarded this name first in the district, the press service of the district noted.

Ctrl Enter
Noticed oshЫbku Highlight text and press. Ctrl + Enter
We are
The action “Military service under the contract is your choice!” In Rostov-on-Don: future contract servicemen, exhibitions and “Russian Knights”China expands its amphibious capabilities
14 comments
Information
Dear reader, to leave comments on the publication, you must to register.