November 8 2017
69
Rosneft, under a contract with Iraqi Kurdistan, was supposed to buy up to 70% of autonomy oil exports at prices lower than world prices, including oil not controlled by Kurds already Kirkuk, reports Kommersant. 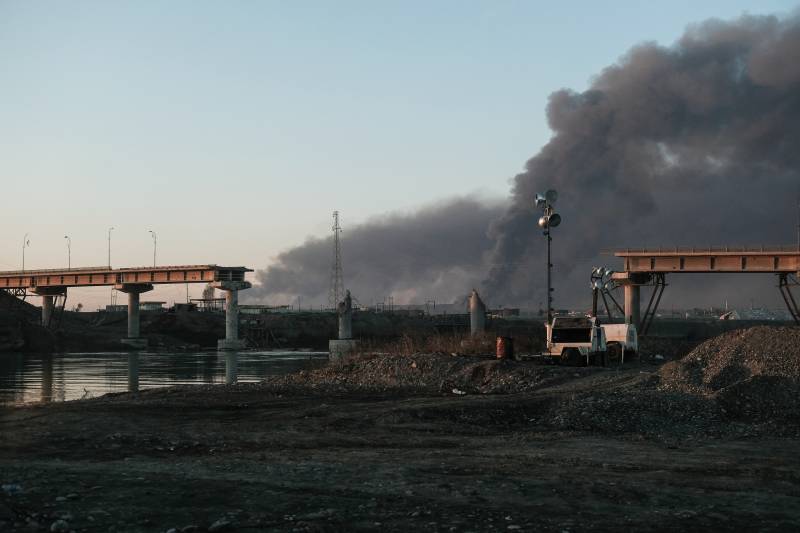 In June, Rosneft signed a legally binding contract with Kurdistan to buy oil and expand the oil pipeline to Turkey. But now, this contract is no longer possible to execute, Izzat Saber, head of the Kurdistan Parliament’s Finance and Economic Affairs Committee, acknowledged.

In early October, Iraq, with the help of the military, regained control of Kirkuk, one of the country's main oil provinces, which had recently been under the control of the Kurds, but was not formally part of the autonomy. In addition, the central government occupied disputed territories near Mosul in the province of Ninawa. So Baghdad responded to the referendum on the independence of Iraqi Kurdistan.

As a result, according to Izzat Saber, “the export of oil from Kurdistan decreased from 700 thousand to 200 thousand barrels per day”.

This means that the company "Rosneft" will have to negotiate with the Iraqi government about the method of execution of this contract concluded with Kurdistan,
said the official.

As part of the contract for the supply of oil, Rosneft has already paid Erbil $ 1 billion in advance, which the Kurdish government has sent to repay the debt to the UAE oil and gas company Dana Gas.

“In total, Rosneft was going to pay Erbil $ 3 billion, of which $ 1 billion to the Kurds to invest in the construction of the pipeline to Ceyhan, and another $ 1 billion to develop five fields that Rosneft was supposed to enter (the company announced this is October 19), ”the article says.

Earlier, the Iraqi authorities have repeatedly stated that they consider the contract between Iraqi Kurdistan and Rosneft illegal.

Any contract not concluded with the federal government and the Ministry of Petroleum (Iraq) is illegal. We are not interested in this contract, its details. We do not know these details and we don’t know anything at all,
Iraqi Oil Ministry spokesman Asem Jihad said Tuesday.

Ctrl Enter
Noticed oshЫbku Highlight text and press. Ctrl + Enter
We are
The action “Military service under the contract is your choice!” In Rostov-on-Don: future contract servicemen, exhibitions and “Russian Knights”
Military Reviewin Yandex News
Military Reviewin Google News
69 comments
Information
Dear reader, to leave comments on the publication, you must to register.