November 8 2017
31
A whole group of extremists who threatened to organize a new revolution in Russia was detained by the FSB. Representatives of the Artpodgotovki movement prepared pogroms and arsons on National Unity Day. The leader of the movement was one of the associates of the leader of the PARNAS party, Mikhail Kasyanov. Why did the non-systemic opposition cooperate with such a radical character? 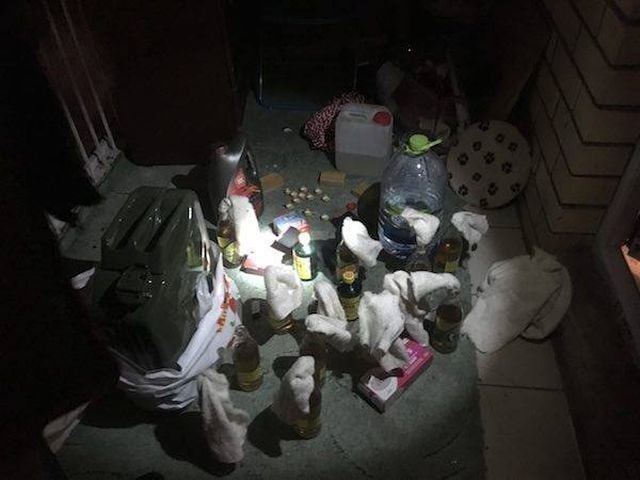 A quick oppositionist, emigrant Vyacheslav Maltsev, on Friday evening called the series of arrests of his supporters in Russia a “dirty provocation.” “There is a channel“ Art preparation ”, in which I broadcast every evening. We have supporters, spectators. But such people are half of Russia. I have some programs looking at five million people. And this is exactly the “Art Preparation” group. Am I issuing any documents? ”Maltsev asked rhetorically, speaking on the Echo of Moscow air.

According to his version, he does not know who the FSB officers detained, and the bottles with gasoline found during the searches do not prove that they were preparing for arson.

As the newspaper VIEW, wrote on Friday, the FSB announced that it had detained a number of activists of the Artpodgotovka movement, specifying that they were planning to set fire to administrative buildings on the National Unity Day in central Moscow in order to provoke riots. The issue of initiating a case under the article “Attempt to act of terrorism” is being resolved. The FSB suppressed the activities of Artpodgotovki cells in Krasnoyarsk, Krasnodar, Kazan, Samara and Saratov.

According to the Saratov online newspaper “Vzglyad-info”, in Saratov and neighboring Engels, the security services held events in the apartments of some Sergey Ryzhov, Dmitry Peshkov, Alexander Molokin and Dmitry Germanov. Ryzhov is charged with preparing for the 4 or 5 terrorist attack in November. The Frunze District Court has already sent Ryzhov into custody for two months.

From a formal point of view, Maltsev is right - he did not legitimize his movement and did not issue membership cards to supporters. The unregistered “Art Preparatory” movement (in late October, the Krasnoyarsk Regional Court banned it, recognizing it as extremist) and the same name YouTube-channel Maltsev founded several years ago, according to his own admission - to organize a “revolution” in Russia.

Vyacheslav Maltsev's active political career began in the nineties. In 1994 – 2007, he was a deputy and even a vice-speaker of the Saratov Regional Duma. He created a large security company and even called himself "the richest man in the region." At the beginning of zero a brief time was a member of the "United Russia". Consisted in the party "Fatherland - All Russia", ran for the Communist Party. However, Maltsev always had a short love affair with any of the parties.

Last year, Maltsev left the PARNAS party for elections to the State Duma, after which the top of this already dwarf party immediately split. Maltsev actually became the face of PARNAS, eclipsing his nominal leader, former Prime Minister Mikhail Kasyanov. He actively used radical rhetoric, speaking at electoral debates on federal television, demanded the impeachment of the president. As a result, the party scored less than a percentage of the vote.

In June, Maltsev was arrested on 10 days for disobedience to the demands of law enforcement officers at an unauthorized demonstration in Moscow.

In July, a criminal case was opened against Maltsev under the article “Public calls for extremist activities”. “Fearing a possible arrest, he went into hiding abroad and continued on the Internet to“ promote violence ”, the FSB recalled on Friday. Presumably, Maltsev fled to France. In mid-October, the Meshchansky Court of Moscow arrested Maltsev in absentia.

Many years ago, Maltsev began to speak with the prophecy of the new revolution in Russia, and he even indicated the exact date - November 5 2017 of the year. According to him, riots will break out in the center of Moscow in the course of the next “Russian March” of 4 in November and will grow into a revolution the next morning.

Although there are no signs of a revolutionary situation in the country, with which even the majority of radical oppositionists agree, Maltsev warned again a few days ago that the people "will come out for a referendum, a popular gathering." He even released an appeal to the law enforcement officers to the Network, threatening them: “The 5 revolution of November 2017 is coming,” and suggested switching to his side.

Has managed to reassure Ukrainians

By the way, the predictions of Maltsev were taken at face value by the Ukrainian press. Even the publications, which position themselves as solid, seriously accompanied their publications on domestic Russian politics with a note that a revolution would take place in Moscow on November 5 of November, after which Kiev would receive the Crimea and the Donbass.

Maltsev indeed in his election rhetoric promised to immediately conclude a peace treaty with Ukraine in case of coming to power. However, Ukrainian analysts are hardly worth believing Maltsev on a word - even before the reunification of the Crimea and Russia, he himself called for "squeezing" the territory of Ukraine.

Andrei Tikhonov, an expert at the Center for Political Analysis, recalled that the inclusion of Maltsev in the electoral roll a year ago was personally achieved by the party’s leader, Mikhail Kasyanov, which showed a tendency to “attract strange cadres to realize political ambitions”.

“Maltsev represented the nationalist spectrum of the opposition. The idea that the radical opposition can succeed only if it attracts nationalists to its side was worked out back in the two thousand years, when the People movement was created. And Alexey Navalny also participated in this, he began as a Russian nationalist, ”Tikhonov told the newspaper VIEW.

The expert called the play of the liberals with the marginal public logical. Tikhonov recalled that Maltsev had a huge audience on the YouTube channel. Opposition leaders, including Navalny, came to him on the air. “He was really listened to. But the quality of this audience is dubious. Many who in that year of the Duma elections ran into Maltsev's sayings were puzzling how this person can say such things, why he is not in prison yet, ”Tikhonov reminded.

A political analyst suggested that Navalny's “freezed-up supporters” still hardly believe in Maltsev’s guilt, but who doubt that “this should make an impression”. “They should think about what kind of people were with Navalny.” I do not exclude that among the navalists there may be extremists capable of anything. This is a signal to all reasonable forces to stay away from the radicals, ”Tikhonov summed up.

Ctrl Enter
Noticed oshЫbku Highlight text and press. Ctrl + Enter
We are
A great interview with Sergey Lavrov: about Ukraine, Obama and IranWhat you didn't want to know about England
31 comment
Information
Dear reader, to leave comments on the publication, you must to register.