November 8 2017
8
A video of the American action movie "Cavalry" appeared on the Web, which should be released at the beginning of 2018. As usual, a lot of pathos, tricks and explosions. 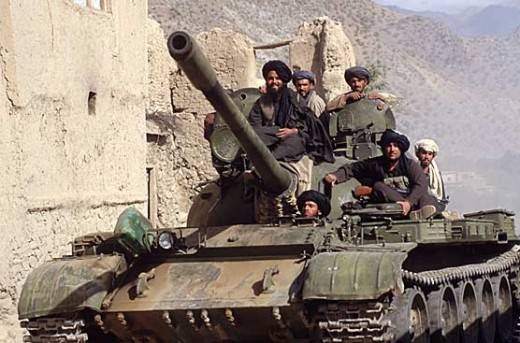 Only Soviet T-55 and T-62 fought in Afghanistan.

I don’t know if what I saw in the trailer reminded me of the famous anti-Soviet film prodigy "Rambo-3". Some episodes - one to one. It was only there that the hero Stallone fought with the "hordes of the Soviet Army", and here the special forces and Tseerushniki smash their former allies, who turned into Taliban fanatics. I did not mishear, this small squad went to fight against 50 thousands of militants?

Oh yes ... along with the fearless Americans, General Abdul-Rashid Dostum is at war. That former communist, twice Hero of the then pro-Soviet regime, who had served in state security, who literally supported Najib until the last. These are the twists and turns in the East, which, as one of the main characters of the beloved Soviet film everyone used to say, is a delicate matter. 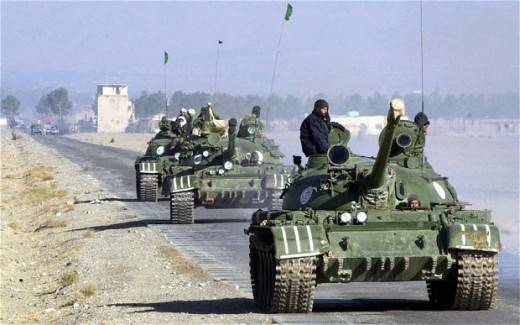 It just makes you laugh when you see that the militants send BM-21 Grad to a miserable handful of commandos, and it almost hits direct fire. That's really true: from the cannon on the sparrows. Of course, according to the director's plan, it should be very impressive when flying towards the riders, leaving a smoky trail, missiles.

It turns out heroic Americans on horseback are fighting tanks. A similar episode was in the mentioned third "Rambo". Probably, the scriptwriter had heard the tale of World War II about the Polish cavalrymen who allegedly attacked German armored vehicles on the corner of their ears.

Now about the tanks. In this film, the Taliban somewhere got hold of T-72М1. The fact is that the cars of this family have never been used in Afghanistan. They used T-55 and T-62, including the newest version, T-62M. A small number of such combat vehicles were abandoned by Soviet troops.

Perhaps, again, the creators of the "cavalry" influenced the film with the participation of Sylvestre Stallone. In the same place, the “fighter against communism” seizes the “seventy doubles”. True, at the time of the film's creation, the Soviet tanks of this model were in terrible shortages, and therefore had to be content with the running model, which had already managed to light up in several American films, including another anti-Soviet opus “Red Dawn”.

Here the tanks are real. Their riders are stupidly attacking in the forehead. It is surprising that in one episode the operator for some reason “mirrored” the shots, and at the combat vehicle the characteristic infrared illuminator turned out to be suddenly to the left of the gun.

Not to justify the Americans, I want to say that in recent years, domestic filmmakers have also not particularly bothered with technical accuracy. You can recall the "9 company", where for filming attracted T-64BV with characteristic boxes of dynamic protection, which were never used in the battles of the events described.

A few years ago, when it was decided to destroy the tanks of old models, military experts expressed concern that we would be left completely historical technicians. Such a threat still exists.

And I want to hope that our directors will still make a good, truthful film about the Afghan war.