After the reunification of the Crimea from the Russian Federation, less than 30% of the military returned to Ukraine

November 7 2017
52
Deputy of the Verkhovna Rada of Ukraine Dmitry Tymchuk was concerned about the question of how many servicemen of the Armed Forces of Ukraine returned to the territory of Ukraine after the reunification of the Crimea with Russia. His request to the relevant authorities received a response that after reunification, less than 30% of the Ukrainian military and a little more than 10% of the staff of the Security Service of Ukraine (SBU) who served on the peninsula returned to Ukraine. That such data received Tymchuk from the Ministry of Defense of Ukraine and the SBU. 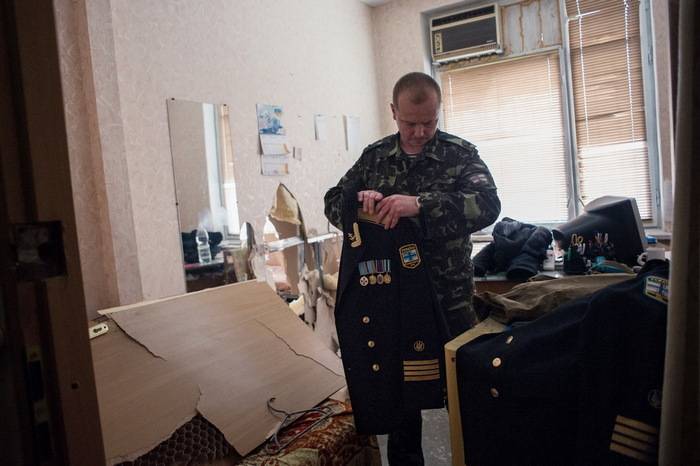 An even smaller part of workers returned to the SBU. From 1 thousand 619 SBU employees moved only 217 people, said the service’s response to a parliamentarian request.

At the same time, in 2016, the Chief Military Prosecutor of Ukraine, Anatoly Matios, presented several other figures. He reported that as of 26-27 in February 2014, on the territory of Crimea there were 20 thousand 320 Ukrainian servicemen in the Crimea. Of this number, 6 thousands of servicemen relocated to the mainland of Ukraine.

Ctrl Enter
Noticed oshЫbku Highlight text and press. Ctrl + Enter
We are
Weekly summary (30 January-5 February) on the military and social situation in the DPR from the military officer "Mag"
Military Reviewin Yandex News
Military Reviewin Google News
52 comments
Information
Dear reader, to leave comments on the publication, you must to register.