November 7 2017
9
In the Tula airborne unit, they began to study a new machine for the units of radiation, chemical and biological (RCB) protection РХМ-5М, reports Messenger of Mordovia with reference to the Ministry of Defense of the Russian Federation. 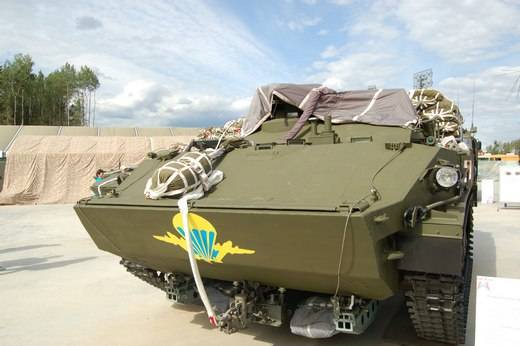 This sample has already been adopted. It was created on the unified base chassis of the BTR-MDM Rakushka and “allows the RCB to conduct reconnaissance of the terrain in the combat formations of the Airborne Forces”.

“The crew of four people is able to remotely detect the presence of toxic substances in the air on the routes of troops and in their areas of concentration with the subsequent transfer of data to an automated troop control system,” the report said.

According to the ministry, the new model “is equipped with a modern automatic meteorological kit that can determine wind speed, its direction, air and soil temperature, atmospheric pressure, the degree of vertical stability of air in real time and then output data to an automated workplace of the machine commander”.

The start of serial deliveries of РХМ-5М to the troops is scheduled for 2018 year.

Ctrl Enter
Noticed a mistake Highlight text and press. Ctrl + Enter
We are
In mobile reserveThe newest reconnaissance chemical machine РХМ-5 or the Soviet "Kashalot"?
9 comments
Information
Dear reader, to leave comments on the publication, you must to register.