November 6 2017
101
Two artillery batteries of the Ukrainian security forces were destroyed in the Donbass on Sunday in response to heavy artillery shelling of Donetsk, Alexander Zakharchenko, head of the self-proclaimed DPR, told reporters.


Earlier, in the operational command of the DPR, they said that the situation in the republic had sharply worsened, the Ukrainian military opened fire on residential areas of Donetsk on Sunday evening. 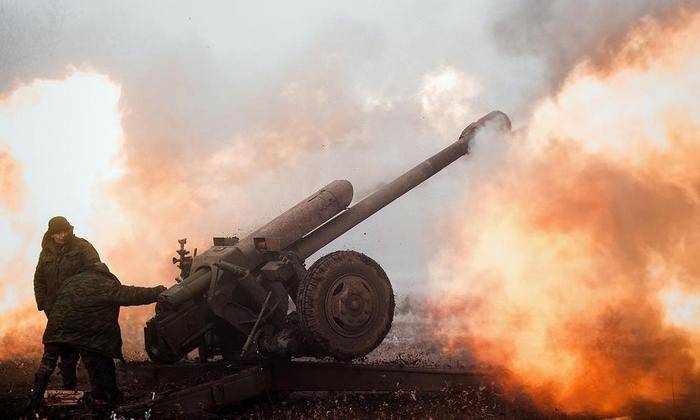 According to the head of the republic, the OSCE SMM does not consider it necessary to fix such incidents of Donetsk shelling, since these facts will prove that the fire was fired from the positions of the security forces, that "Ukraine has unleashed a war here and is to blame for everything."

Zakharchenko believes that Kiev could violate the agreement on Donbass because of the possible meeting of Russian President Vladimir Putin with US President Donald Trump at the APEC summit to be held this week in Vietnam.

Also today, the head of the Investigative Committee, Alexander Bastrykin, instructed to initiate proceedings in connection with the shelling by the Ukrainian security forces of Donetsk civilians from the Grad installations, the official representative of the department, Svetlana Petrenko, reported, reports RIA News

As a result of these actions, the Ukrainian armed forces, who committed a serious war crime, injured several children, one of whom died. In addition, civilian infrastructure was under fire.
- she added

Ctrl Enter
Noticed a mistake Highlight text and press. Ctrl + Enter
We are
Weekly summary (30 January-5 February) on the military and social situation in the DPR from the military officer "Mag"Reports from the militia of New Russia for 13-14 September 2014 of the year
101 comment
Information
Dear reader, to leave comments on the publication, you must to register.