Cryptocurrency vs dollar. What awaits the world and how to behave in Russia?

November 8 2017
52
Recently, the Minister of Communications and Mass Communications of the Russian Federation Nikolai Nikiforov said that Russia will launch its cryptocurrency. A conditional “crypto-ruble” may appear even before the arrival of the new 2018 year. At least, experts talk about this. There is no doubt that the decision was made at the highest level: apparently, this is an initiative of Vladimir Putin himself, who is very attentive to digital currency. Thus, in one of the speeches, the president acknowledged that “virtual currencies” have already become in some countries a valuable means of payment and an important investment asset. At the same time, paying attention to all the risks associated with the use of cryptocurrency and, above all, its “Western designs”, Putin noted that it is important for Russia not to create completely unnecessary barriers that may hamper the development of the cryptocurrency market.


Interestingly, the president’s position on cryptocurrency is much more “advanced” than many other federal officials, primarily from the Ministry of Finance and the Bank of Russia. 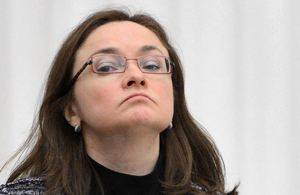 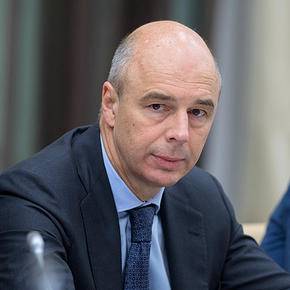 Although representatives of both the Ministry of Finance and the Central Bank are quite skeptical about cryptocurrencies, it would be foolish to deny their growing importance in the modern world. Even the head of the International Monetary Fund, Christine Lagarde, stressed that in the modern world, cryptocurrencies in the future can push out the dollar and the euro. The prospects for cryptocurrency in developing countries with unstable economies are especially great. 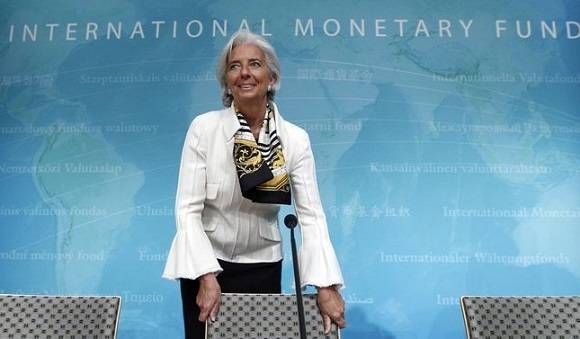 By the way, many developing countries have already understood this very well and are already starting to legalize cryptocurrency operations in their jurisdictions. Also, Christine Lagarde advised states, their banks and financial departments not to ignore the continued spread of cryptocurrency. She drew attention to the fact that with the advent of blockchain technologies, it became much safer to carry out operations with cryptocurrencies. The interest of the business community in cryptocurrency is growing, and accordingly, it no longer makes any sense to consider them exclusively in the categories of financial pyramids or speculations.

It seems that some countries are acting quite in the spirit of this wish. For example, Ahmad Al Mulla, who chaired a conference on blockchain issues in Dubai, stressed that by the 2020, the emirate of Dubai (United Arab Emirates) plans to transfer all transactions to the blockchain, becoming the first blockchain-the-world state. This process was initiated by Sheikh Hadan bin Mohammed bin Rashid Al Maktoum himself - the heir to the throne of Dubai, a modern and "advanced" man. In Dubai, they expect to transfer over time the entire government document flow to the blockchain. Representatives of the emirate of Dubai consider this technology the safest and most suitable for modern society.

Some countries have decided to enter the "world of cryptocurrency" very bizarre. 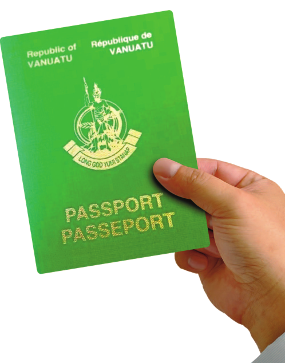 For example, the Melanesian state of Vanuatu has long been inviting anyone to buy their citizenship for 200 thousand US dollars. But now, in order to attract potential citizens - investors, the government of Vanuatu has decided to sell the country's citizenship for bitcoins. To become a citizen of Vanuatu, you have to pay roughly 44 Bitcoin. By the way, there is nothing funny in the idea of ​​obtaining citizenship of this exotic country - firstly, Vanuatu has very low taxes that can attract businessmen, and secondly, the country has a visa-free regime with 113 countries of the world. Citizens of Vanuatu do not need a visa to enter the EU countries. What the "Ukrainian patriots" dreamed of for so long, the citizens of Vanuatu have a priori. With Russia, by the way, Vanuatu also has a visa-free regime.

Pavel Durov, the founder of the most popular social network “V Kontakte” and the equally popular Telegram messenger, called Bitcoin a chance to free the financial system from the hegemony of the United States. At the same time, he criticized the position of the Russian government, which is fighting cryptocurrency. Although logically, digital currencies that compete with the dollar, on the contrary, are beneficial in the economic confrontation with the United States. By the way, the United States is unlikely to tolerate for a long time the uncertainty associated with cryptocurrencies, and the strengthening of their positions on a global scale. Most likely, in the very near future, some steps will be taken in the direction of tightening control over the situation. It is unlikely that the American financial circles will go to the prohibition of cryptocurrency, since the situation has already gone too far, but to leave everything as it is, no one will. After all, the fact that the cryptocurrency threatens the dollar’s ​​position is not a joke. 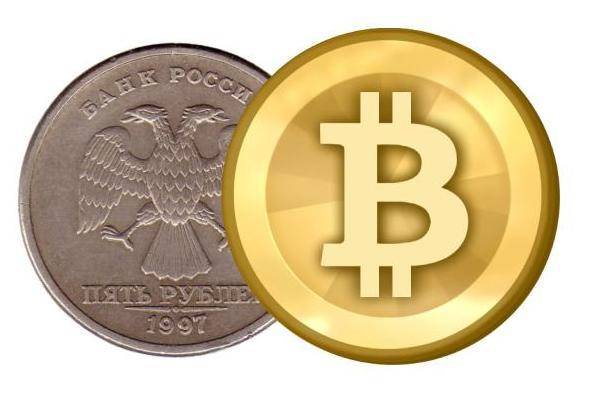 Russia, declaring the upcoming appearance of “crypto-ruble”, seems to be in line with the latest trends. But the way our officials see crypto-ruble leaves too many questions. Minister Nikiforov, in particular, stressed that mining (i.e., “growing”) a crypto ruble would be impossible. In addition, total state control over the issue and circulation of cryptocurrency “made in Russia” will be established. By the way, the emergence of a crypto-ruble Nikiforov urged not to associate with the legalization of cryptocurrencies of foreign origin - Bitcoin and others, since the latter are based on foreign cryptography. If the characteristics of a crypto-ruble will really be as voiced by the minister, then in this case the question is inevitable, can one even consider crypto-ruble a cryptocurrency? This question is being asked today by many experts, considering that the decision that was made regarding the launch of a crypto-ruble was dictated more by political considerations.

Cryptocurrency specialist and co-founder of Descrow project Anton Mitrokhin says that in the modern world there is a huge amount of cryptocurrencies. 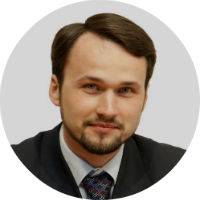 Can a cryptocurrency replace the dollar?

- Now everyone recognizes the fact that cryptocurrencies have a commodity ability to exchange. Some experts recognize cryptocurrency and an equivalent substitute for the national currency and the dollar as well. Therefore, it is already safe to say that the replacement process is underway. And as soon as the main problem of cryptocurrency is solved - liquidity, then there will be an abrupt increase in the use of cryptocurrency in the calculations.

And what will this bring to business and national economies in general?

- The use of cryptocurrency offers very extensive opportunities. Starting from simplicity and accessibility, and ending with international business cooperation on more transparent terms than current ones.

Why, then, do governments and banks oppose this?

- Classical regulators, first of all, central banks of different countries of the world, are very opposed to the proliferation of cryptocurrencies and are doing everything possible to prevent this. After all, they lose their power, because their printing press is no longer needed by anyone. Although if you take the example of Japan, there is an excellent symbiosis between the monetary authorities of the country and the blockchain. If we recall the Emirate that I have already mentioned, then its representatives are now consulting with Japan on the exchange of experience in regulating the cryptocurrency turnover.

Andrei Lisov, a lawyer in civil matters, believes that the lack of legal status of cryptocurrency in the Russian Federation is a serious obstacle to investing in cryptocurrency and in ICO platforms.

Although in a number of states the status of cryptocurrency has already been determined, Russia has not yet made a formal decision in this direction. If cryptocurrencies do not have legal status, then all transactions and operations are outside the legal field, at least until the authorities settle the issue either with official legalization or with the prohibition of such operations, says Andrei Lisov.

The lawyer, managing partner of the Center for Legal Relations Ivan Hapalin is convinced that a quick resolution of the cryptocurrency status problem will benefit the Russian economy. After all, legal cryptocurrency operations are quite serious revenues to the budget in the form of taxes, not to mention attracting investments. The same Japan only benefited from the legalization of cryptocurrency. It is important to use the experience of other states, but to be guided by the interests of our country, domestic business, says Ivan Khapalin.

By the way, Boris Titov, representative of the President of the Russian Federation for the rights of entrepreneurs, also spoke about using the Japanese experience in regulating the cryptocurrency market. Titov believes that Russia will greatly benefit if it becomes a country open to cryptocurrency operations. It is likely that this may indeed be the case, especially considering that so far only some countries of the world have decided on such a risky step. It requires the most serious attention of government structures to the issues of introducing cryptocurrencies and blockchains into the Russian economy, with the miscalculation of all possible risks and possible benefits from this. Who knows, maybe cryptocurrencies will really press the American dollar over time?

Ctrl Enter
Noticed oshЫbku Highlight text and press. Ctrl + Enter
We are
Crypto-ruble and cryptalogues: drive a bear into a den?Results of the week. "Well, do not change me because of every idiot!"
Military Reviewin Yandex News
Military Reviewin Google News
52 comments
Information
Dear reader, to leave comments on the publication, you must to register.