November 3 2017
51
US President Donald Trump said he would like to meet with Russian President Vladimir Putin in Vietnam on the sidelines of the APEC summit, reports RIA News. 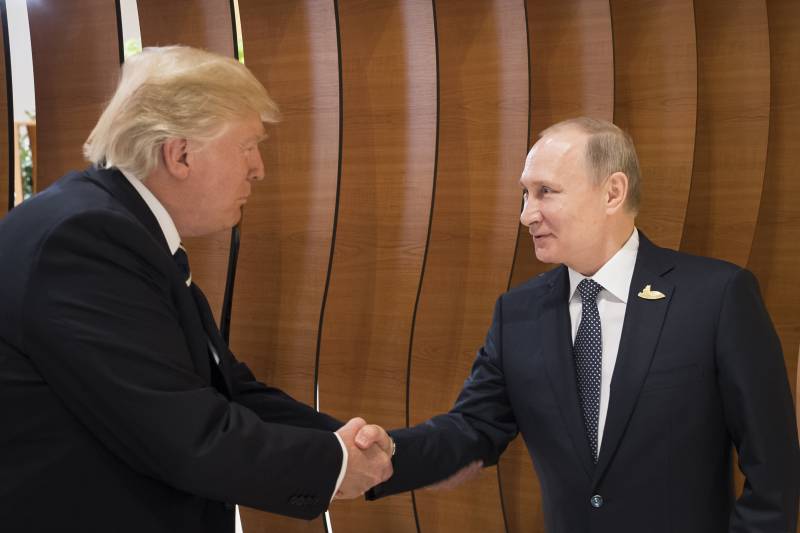 According to Trump, a meeting with the Russian leader would help him in solving some international problems.

This is a very important trip. We may have a meeting with Putin ... this is very important. They can help us with North Korea, Syria. We need to talk about Ukraine,
said the American leader in an interview with Fox News.

The summit of leaders of the countries of the Asia-Pacific Economic Cooperation (APEC) will be held in Da Nang (Vietnam) from November 6 to November 11.

Recently, the national security adviser to the head of the White House, Herbert McMaster, said that the issue of Putin’s meeting with Trump has not yet been resolved. A spokesman for the Russian president, Dmitry Peskov, also reported that there is no clarity about the talks between the leaders of the countries at the APEC summit.

Earlier, Donald Trump and Vladimir Putin met in July on the margins of the G-20 summit in Germany.